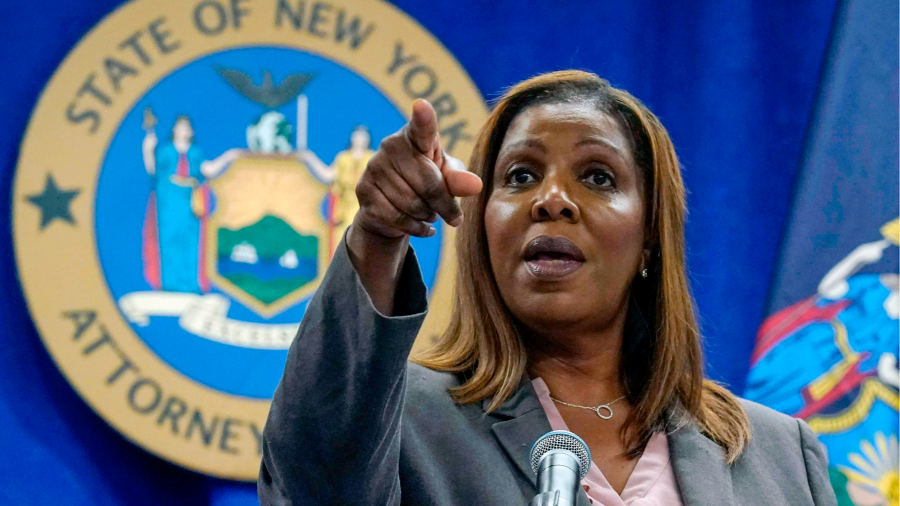 New York Attorney-General Letitia James said Wednesday that she had filed a lawsuit against Donald Trump for “indulging in years of financial fraud to enrich himself, his family, and the Trump Organization.”

The lawsuit is the culmination of a three-year investigation led by James, a Democrat, that repeatedly clashed with Trump and his lawyers.

In it, James accuses the former president of falsifying billions of dollars in wealth with the help of his adult children, Donald, Jr., Ivanka and Eric. He did this, he argued, to secure financial gains, including access to loans on more favorable terms.

“With the help of Donald Jr., Eric, Ivanka and other defendants, Trump variously increased and reduced his net worth by billions in order to obtain and satisfy debt, obtain insurance benefits and pay lower taxes, ” said James. wrote on twitter,

“There are no two sets of laws for people in this country: Former presidents should be held to the same standards as everyday Americans,” she said.

The lawsuit represents an extraordinary legal action against a former US president who remains the most powerful figure in the Republican Party and is considering another run for the White House.

James is seeking a $250 million fine against the former president and is requesting that the court bar Trump from serving as executives of companies registered in New York.

She said her office would also make a criminal reference to the US Department of Justice.

Trump was born and raised in New York City, eventually taking over the property business his father started in Queens in the 1920s.

At a news conference, James said she would also refer evidence of bank fraud and other possible crimes to federal prosecutors at the U.S. Attorney’s Office for the Southern District of New York and the Internal Revenue Service.

James called the patterns of fraud in the Trump Organization “astonishing.”

More to come on this developing story.