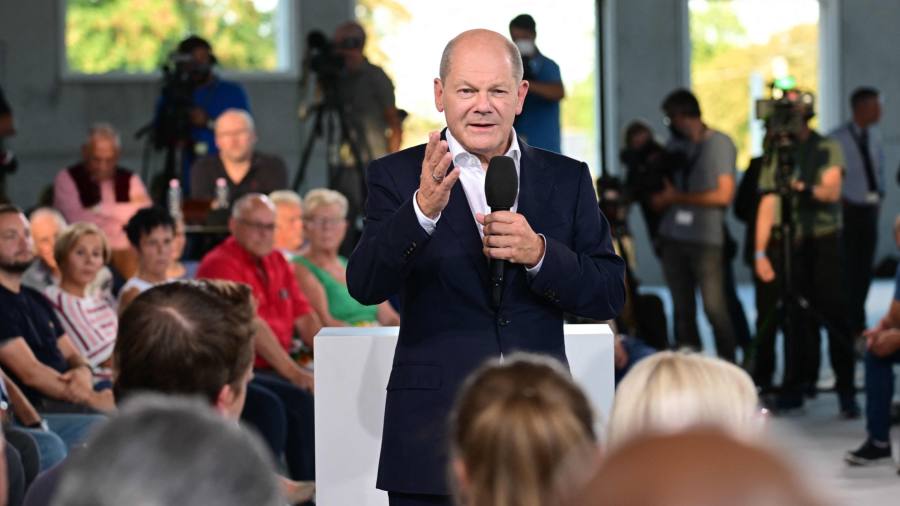 Groups of clubs and associations in Germany are “glue-holding societies”, said Thomas Schroer. He asked, will the government stop them from being killed by rising energy costs?

Schroer, 60, raised the question last week at a town-hall meeting in the western city of Essen, revealing the deep anger unleashed by ordinary Germans exposed to one of the worst energy crises in his country’s history.

The man they wanted answers from was German Chancellor Olaf Scholz. Less than three months into power when Russia’s full-scale invasion of Ukraine put Europe’s energy security at risk, Scholz must now figure out how to keep the lights on this winter while life crises. Reduce the cost that can plunge millions of people into poverty.

Many of the 150 people gathered in the Essen University building asked what Scholz was doing to prevent the German people from becoming collateral damage in Russia’s energy war with the West. Such concerns intensified after Moscow announced a complete halt to gas flow through the Nord Stream 1 pipeline. Benchmark European gas prices rose 35 per cent when markets reopened on Monday. Both gas and German electricity prices are trading at around 10 times 2019 levels for the year ahead.

Responding to Schröer, Scholz acknowledged that times were tough for Germany’s 620,000 registered societies, which cater to everyone from avid enthusiasts to rabbit breeders. They were also hard for hospitals, care homes, bakeries and all the small businesses. “Everyone is worried about the next bill,” he said.

But he said Germany now had enough options ahead of the summer season. “Even if it is tighter, we will get through the winter,” he said, citing higher storage levels than in 2021. “It’s a great achievement . . . because it wouldn’t have been possible a year ago.”

Scholz, a soft-spoken Social Democrat, won the September 2021 election on Germany’s modest program for a welfare state, a push to green the economy and promises of more “respect” for working people.

Instead, he has become a war chancellor, capturing the chaos caused by Russia’s invasion through far-reaching policy changes. Calling the war a “Zietenwende” or turning point, Scholz broke decades of political conservatism, announcing a massive increase in military spending, as well as promising to send arms to Ukraine and wean Germany away from its reliance on Russian energy. .

Nevertheless, Germany’s economic problems have increased since then. With Russian gas flows dwindling, Scholz has been forced to seek alternative supplies while battling inflation, staving off a recession and saving millions of hardened consumers from rising energy bills.

In a heated debate in parliament on Wednesday about who is to blame for the country’s energy crisis, opposition Christian Democrat leader Friedrich Merz accused the government of failing to think strategically by deactivating its remaining nuclear power stations.

Scholz blamed “irresponsible policy” on the previous government, in particular the “decision to exit coal and nuclear power”, which increased Germany’s reliance on Russian gas. Scholz was finance minister during the previous grand alliance between his SDP and the centre-right CDU.

On Sunday, he announced a new €65bn program of relief measures, which will be partly funded through a levy on windfall gains from energy companies. This includes larger one-time payments to pensioners and students, expansion of housing and child allowances and higher welfare handouts as well as modest tax cuts for the middle class.

Scholz has also promised to revive – in one form or another – the popular summer travel scheme that allowed Germans to ride all local and regional buses, trams and trains for just €9 a month. 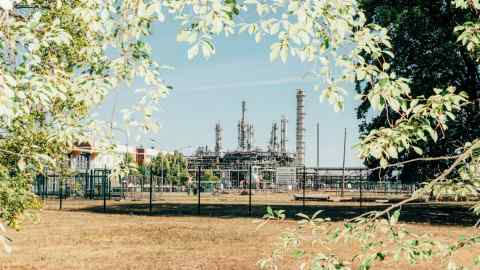 But the town hall in Essen, a large city in Germany’s Ruhr industrial area, served as a warning that some of his policies remained controversial with the wider public.

Some appeared alarmed by the rise in defense spending, with one woman criticizing the new €100bn investment fund for Germany’s armed forces. “How can you rock this up your sleeve . . . when there’s so little money for welfare and education and low-income families?” He asked, “How will you ensure that we can get out of this militarism again? , , , How can we create a world where things are more peaceful?”

Bernhard Funke, a pensioner from the nearby city of Duisburg, took issue with the heavy weapons Germany sent to Ukraine, saying the escalation of the war could lead to “nuclear plant explosions” or “nuclear weapons being deployed . . . Not there?”

The chancellor replied that if other countries behave like Russia and try to seize territory from their neighbours, “we will have a 300-year war”.

Scholz defended his support for Ukraine, insisting he would do his best to avoid a direct confrontation between Moscow and the West. Funke kept his word. “Wouldn’t it be smarter to yield?” They said. Scholz countered: “What does it mean? That we leave the Ukrainians to their fate?”

Failure to support Kyiv, he said, would have “terrible consequences”.

“Who can guarantee us that [Russia] Won’t attack anyone else?” he said, to widespread applause.

In his responses, Scholz showed a bit of rhetoric—appearing to the audience as more policy won than retail politician. But few warmed to his calm, sympathetic style.

“I found him very authentic,” said Petra Haberhausen, a dentist’s assistant in the nearby town of Bochum. “I’m glad we’ve got someone in charge like him.”

But others expressed dismay at his remarks about the issue topping their minds: energy. “There wasn’t enough detail,” said Otfried Pregnitz, a retired hospital manager.

It was all evidence of good planning, he said: “When I became chancellor the first thing I asked was – what if we don’t get any more gas?”

But in Essen, there is great fear among the audience. “Many people – pensioners, students, people with large families – will be wondering whether they should warm up or eat this winter,” Haberhausen said. “I would never have thought that such a thing was possible in Germany.”