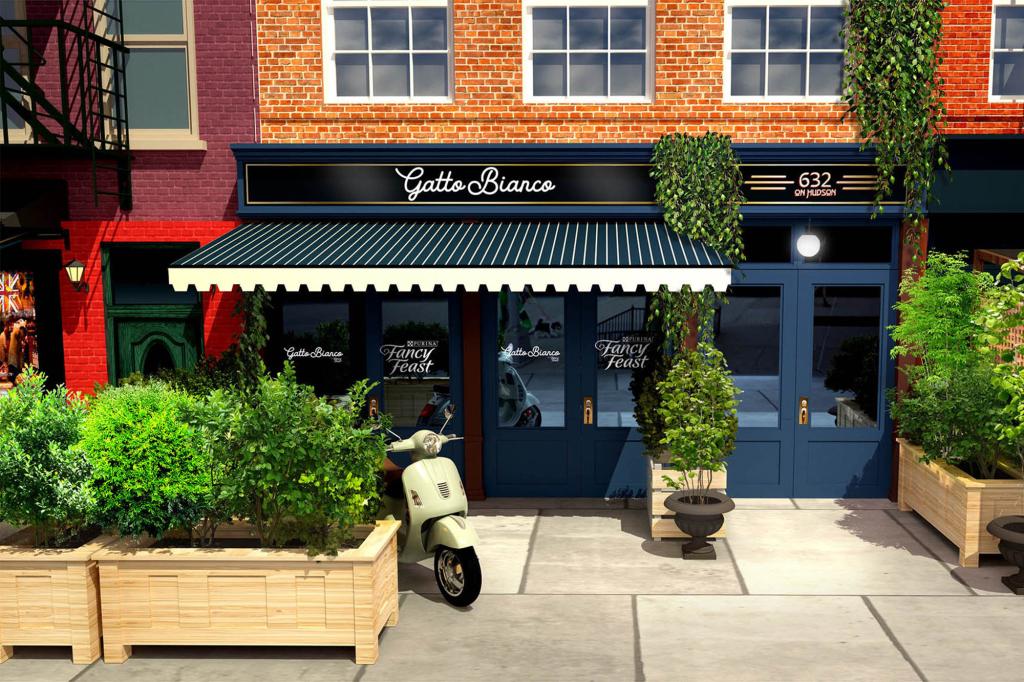 You will be licking your lips, paws and fur after this dinner.

The eatery of the Purina cat food brand will launch this month in downtown Manhattan, where it will serve feline-inspired Italian cuisine to humans that “reflects the sensory experience of cats at mealtimes,” the company said in a press release.

According to Purina’s press release, “the cooks will provide guests with the detail and expertise to craft each fancy feast recipe through a variety of delectable recipes and culinary exercises.”

The menu was developed by Fancy Feast’s in-house chef, Amanda Hasner, as well as Michelin star-winning Italian chef and acclaimed New York restaurateur Cesare Casella. The pop-up will take dinner reservations for two evenings only, on August 11 and 12. Reservations will open via OpenTable at noon on August 4.

According to the release, “16 lucky cat lovers will enjoy a complimentary tasting menu that will take them to Italy for the evening, as Chef Cassella shares his Italian heritage and passion for cooking with a menu of authentic, Tuscan cuisine.”

Although the specific location of the trattoria was not disclosed, it will be located on a modern, upscale block “between the Far West Village and the meatpacking district,” according to Nestlé-owned Purina.

The idea is to promote the brand’s new line of canned food, “Fancy Feast Medleys.”

“Food has the power to connect us with others in meaningful ways and take us to places we’ve never been,” Haasner said in a statement. “The same is true for our cats. Gato Bianco’s dishes are prepared in a way that helps cat owners understand how their cats perceive food – from taste to texture – like this From that only fancy feasts can do.”