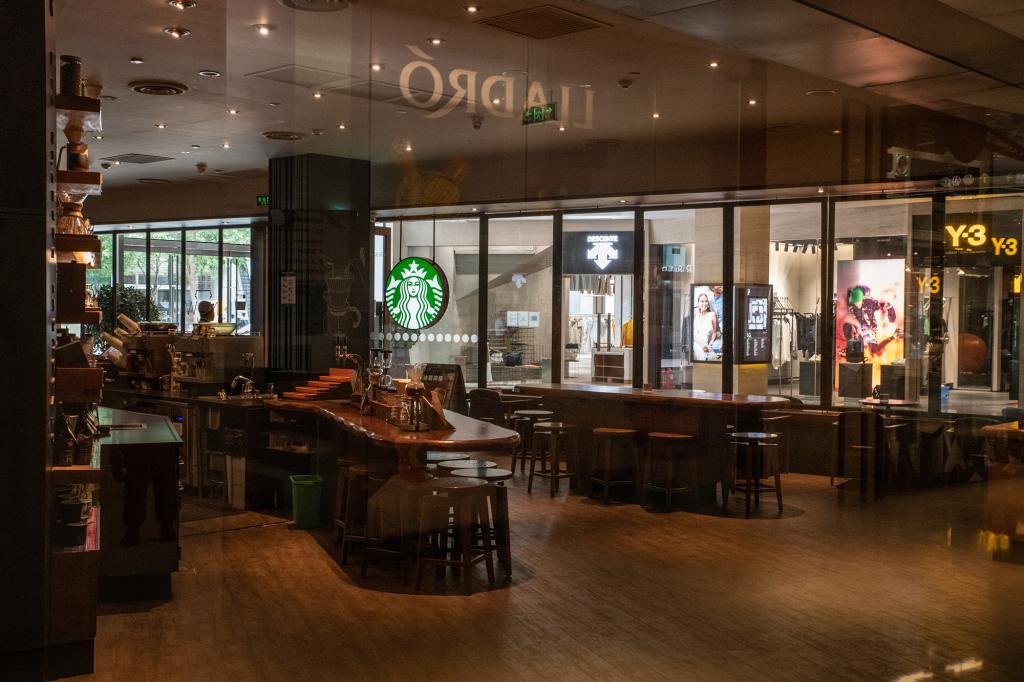 The company also said it plans to open 2,000 net new stores in the US by 2025, with an emphasis on meeting growing demand for new types of service, including drive-thru, mobile ordering and delivery. For example, drive-thru now makes up 50% of US sales, while delivery demand has increased by 24% so far this year.

Customizable cold drinks — which now make up up to 75% of Starbucks’ US beverage orders — are also taxing employees in kitchens designed for simple hot drinks. Starbucks debuted a new workstation that requires less speed and can cut the process of making mixed iced mochas by 50 seconds. A new technology will cut the time taken to make cold brew coffee from 20 hours to a few seconds.

“It’s clear that our physical stores have to change. Our physical stores were built for a different era,” Starbucks chief operating officer John Culver said Tuesday at a one-day event for investors in Seattle.

Starbucks executives made little mention of growing unionization efforts at their U.S. stores during Tuesday morning’s presentations. But it has clearly been an inspiration for the company to think more deeply about ways to improve the work lives of employees. Since late last year, 236 of Starbucks’ 9,000 company-owned US stores have voted to unionize, an effort the company opposes.

“The reality is that we lack trust with our partners,” said Frank Britt, Starbucks’ executive vice president and chief strategy officer. “The work we do in our stores today is very hard physically.”

The reform will be led by former PepsiCo executive Laxman Narasimhan, who was named CEO of Starbucks last week. Narasimhan will spend the next six months under the shadow of interim CEO Howard Schultz, who helped shape the company after it was bought in 1987 and has been leading it on a temporary basis since April. Schultz will remain on the Starbucks board when Narasimhan takes over as CEO in April.

“This is an incredible opportunity for me to learn at the feet of one of the best entrepreneurs in the world,” Narasimhan said.