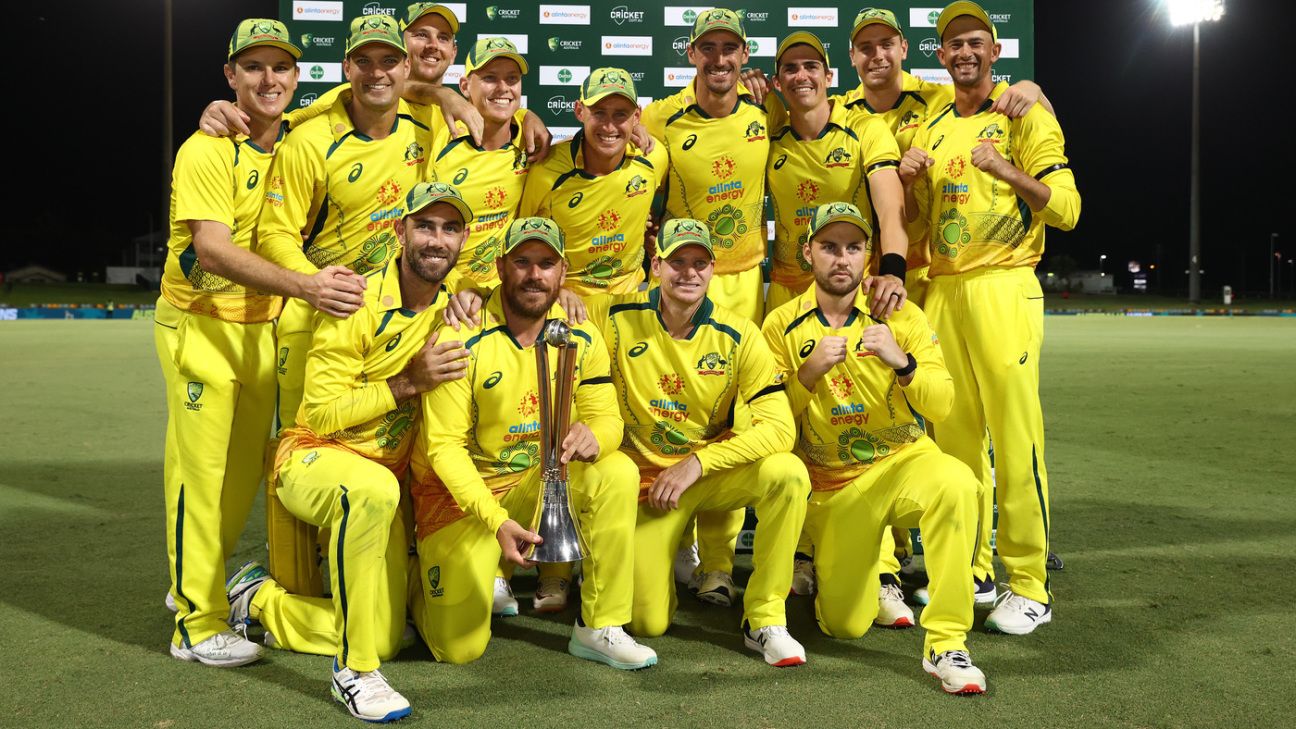 Australia head coach Andrew McDonald says his mission has been accomplished on many one-day fronts. Team Bank not only won consecutive ODI series against Zimbabwe and New Zealand, they did so amidst a backdrop of change and experimentation.

Who replaces Aaron Finch as ODI captain is the big question, but McDonald says the two ODI series in north Queensland gave invaluable insights ahead of the 50-over World Cup starting in India in 13 months’ time. gave.

“The exposure we’re giving some players [Josh] Inglis and Abbott and Green, with [Mitch] marsh and [Marcus] Stoinis and [Pat] Cummins isn’t on that last team, we’re just creating some depth,” McDonald said. “We’ve played some players in different roles.

“We’ve challenged ourselves with our team composition as well as trying to play eight batsmen and get more overs than our all-rounders. We’ve got a lot of information from the six matches here, especially the three against New Zealand. Difficult conditions in matches.

“The happiness factor is the adaptability of our players to work in different conditions and play in many different ways.”

In the six ODIs, many batsmen and bowlers made significant performances. Green took his first ODI five-wicket haul against Zimbabwe and scored an unbeaten 89 to help Australia win the first match against New Zealand.

Abbott was a threat to New Zealand’s batsmen in the second ODI, taking two wickets and sending four maidens in a five-over spell.

Labuschagne, who waited until the first match for an outing against New Zealand, formed a crucial partnership with Smith, whose 12th ODI century set up a total for Australia in game three.

The performance came with the team knowing that Finch would end his ODI career for Australia after his northern swing. Now the question is who will replace him?

McDonald’s is in no hurry to find answers, with Finch still playing as captain through the upcoming T20 World Cup in October and November.

“This is probably the end of [T20] Isn’t the World Cup really there?” He said. “We have a little time to consider what those options look like. We have the World Cup ahead of us, so there is more pressure at this stage than filling the captaincy void.”