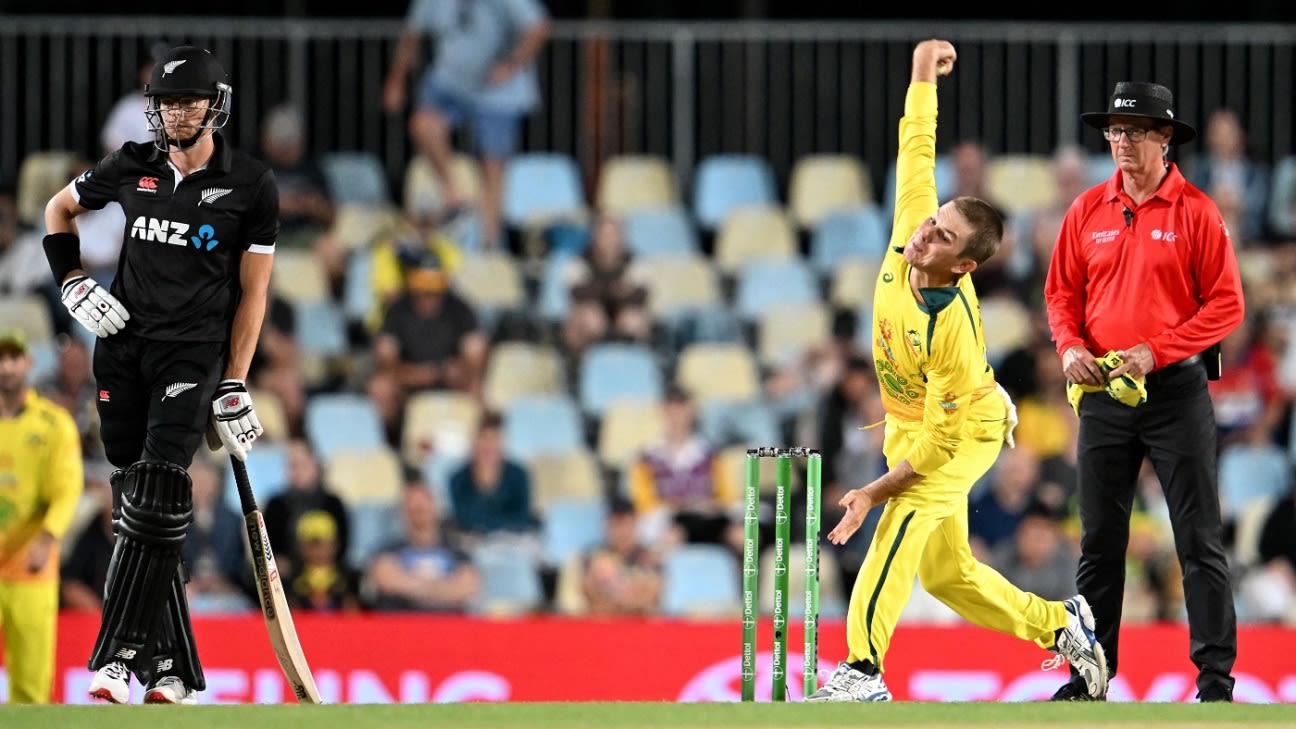 Adam Zampa transferred all praise for Australia’s pace bowlers for putting pressure in the second ODI, labeling his delivery to remove the “c***” to Kane Williamson, the New Zealand captain called his team’s The “soft” cricket were left to mourn as they saw another strong position slip away.

Australia were 117 for 8 before adding 78 for the last two wickets, in which Zampa played a key role. New Zealand’s top order was then made virtually scoreless. After ten overs were left 14 for 3 by the pace trio of Mitchell Starc, Josh Hazlewood and Sean Abbott – the latter bowled 28 dot balls, and took two on their return before giving up a run.

Zampa, who claimed his first wicket with a big full toss which Williamson missed, was particularly happy for Abbott. Zampa himself finished with a career-best 35 for 5 but reflected that he felt “a bit off”.

“To be honest, I haven’t seen a run [economy] That’s the kind of rate I’ll probably ever get in an ODI,” Zampa said. “Our guys showed some serious discipline. I mean both Hazlewood and Stark were excellent, but especially Sean Abbott, who has been in and out of the team. Think five, six, seven years, he has played five or six games. So now to take his opportunity – it’s hard when you’re sitting on the pine [being left out] For four or five games, sometimes having only one opportunity to make your mark, it can get you the better. But he bowled brilliantly today and Shaun is very proud.

“I bowled very well. Well, I wouldn’t say terrible… but there was one of those days where I felt a little bit, maybe not my best performance but a lot was happening. Sometimes when It happens and you are bowling till the tail you can go looking for wickets, which I did, [but] Maybe it felt like we were in a position to find some wickets tonight. I think I got rewarded for the guys who bowled in front of me.

“I was lucky with Kane getting out, then I got on with my work a little better from there. The legspinner can bowl a little s*** and take wickets when he c* ** Comes out and you watch it go down, you start running back on your mark knowing you have an extra six runs against your name. But it happens.”

Williamson, who threw his head back after missing a full toss and called for a review completely out of hope, said New Zealand’s batting needed to get better to adapt to the conditions – which he called “too slow”. And hard to get into the rhythm”. – something they did successfully on the tour of West Indies last month, where they came down 1-0 to take the series.

“No doubt the conditions are tough but we have to be a little smarter,” Williamson said. “Today I thought we were too soft in terms of our dismissal, we needed to try and weather the storm a bit. It will be a challenge, but if you can try and stick together. There wasn’t much scoreboard pressure so you try to reverse that momentum later in the game and go through tough spells.

“The new ball was quite challenging and Australia were just excellent with the length they are able to hit, the pressure they have created, and they have also picked up some early wickets. It’s almost old school one-day cricket where you Just trying to get through the spells. As we saw, Australia were able to get two partnerships that enabled them to get a competitive total, so definitely some lessons to be learned.”

However, he insisted that New Zealand had no psychological barriers to overcome as they tried to beat Australia on their soil for the first time since 2011. “It’s cricket, they are a very good team, they played well and adapted to the conditions,” he said. ,[But] We need to be better than tonight.”

The final ODI will take place on Sunday and the two teams will meet again in their opening match of the T20 World Cup at the SCG in October.