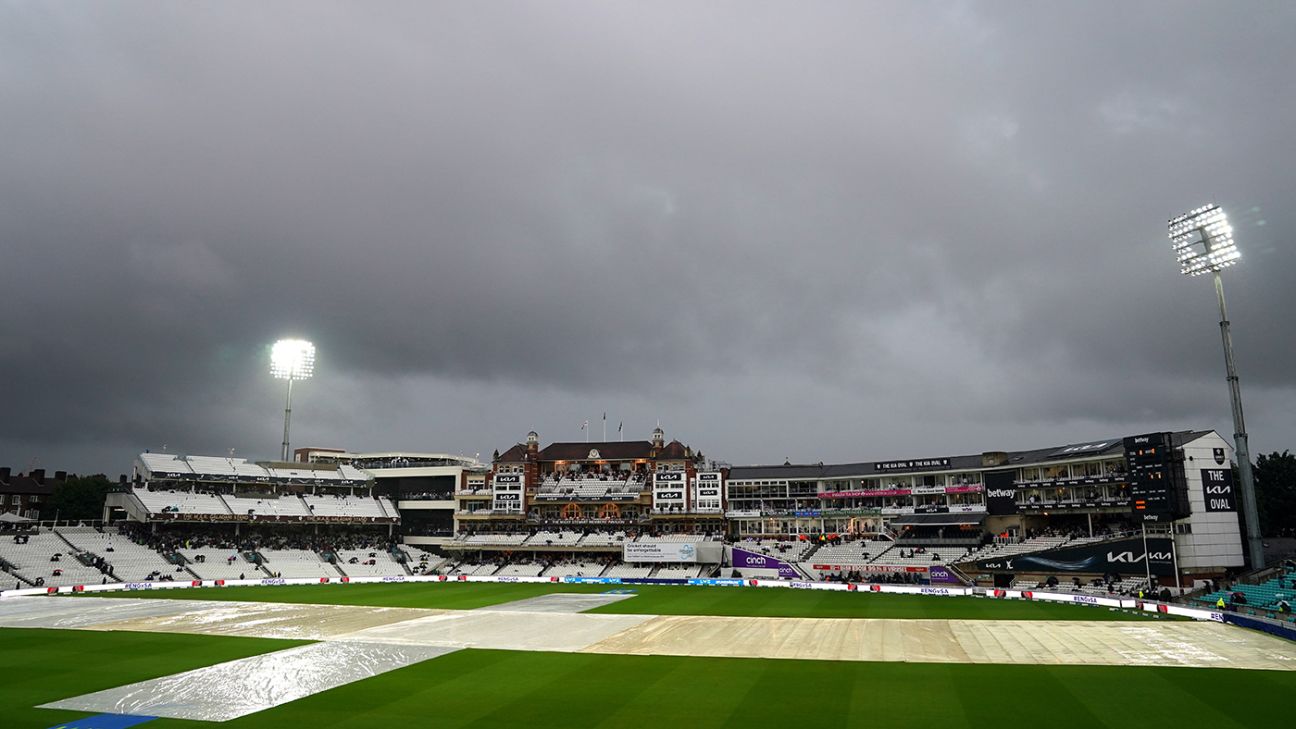 The third Test between England and South Africa at the Kia Oval has been suspended following the death of Queen Elizabeth II.

Rani’s death at the age of 96 was announced on Thursday at 6.30 pm on the scheduled first day of the Test, after which the ECB confirmed that there would be no scheduled cricket on Friday. Also on the second day of the Test, four matches were to be played in the Rachel Hayhoe Flint Trophy.

“Following the death of Her Majesty Queen Elizabeth II, Friday’s game between the men of England and South Africa at The Oval, as well as all scheduled matches in the Rachel Hehowe Flint Trophy, will not take place,” the ECB said in a statement. “For fixtures beyond Friday, updates will be provided in due course.”

The Board confirmed that the ticket holders for the second day of the Test will be eligible for a full refund.

With no play possible on the first day due to rain throughout the day, the stumps were finally called at 4.44 pm.

ESPNcricinfo understands the ECB and the Proteas management team met to discuss options, whether to move the second day to Saturday or cancel the Test altogether. CSA are pleased to accept whatever the ECB board deems appropriate and are set to extend the team’s stay in the UK to facilitate the completion of the series, which is currently tied for one Test.

ECB President Richard Thompson said: “I am sure I speak for everyone in the game when I say how sad I am to hear of the passing of the Queen. Her Majesty has been such a big supporter of the game and always so outspoken. Such is her and her late husband’s joy in sports. Her dedication to her country will never be forgotten. For her service and her selflessness during her extraordinary reign, we owe her a debt that will never be repaid can go.”