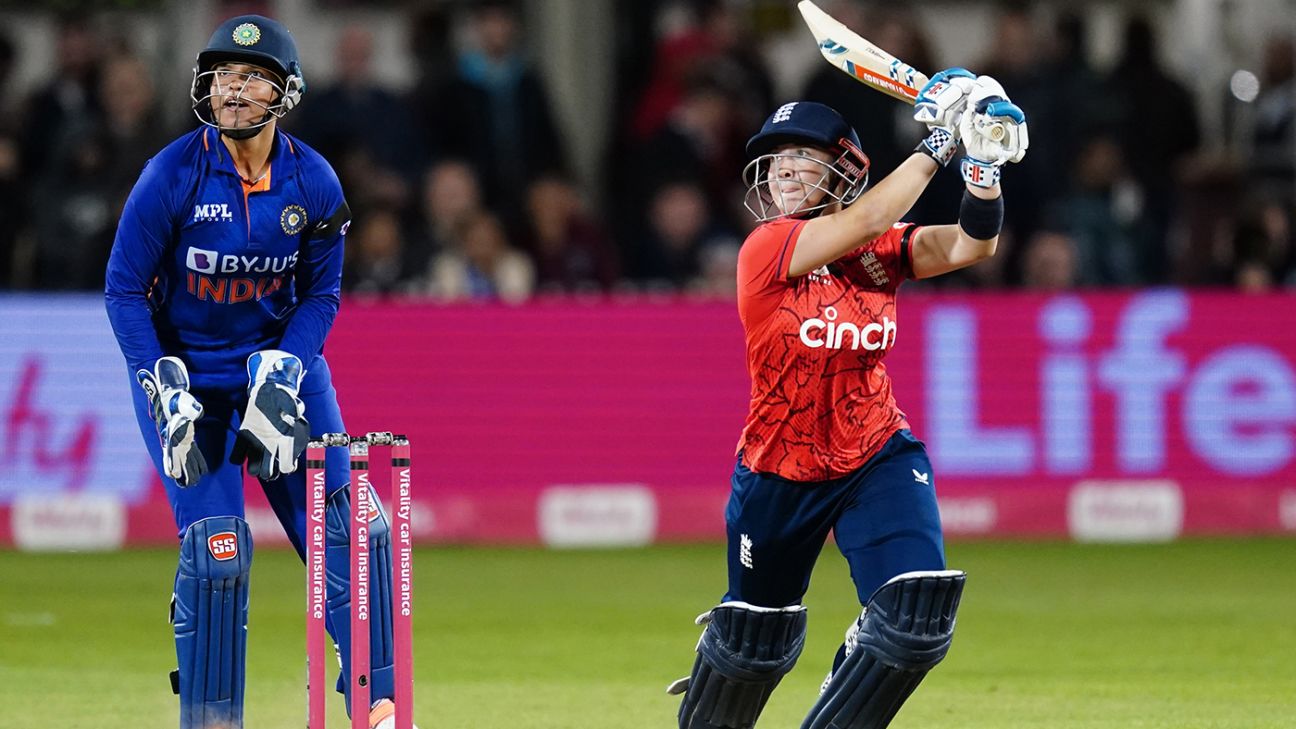 12.6 To S Rana, Big appeal as Ecclestone fires through a fast ball on the toes. Not out call, but is gone for England review, It seems to have missed the bat, however there is a lot of noise on Snicko as the ball hits the ground. shin flush, and that’s Hitting Leg Stumps! It finally caught on and straightened out, and now India may face a battle to bat their 20 overs, 52,6

16.1 To DB Sharma, Stumped after a rumble! A bigger wipe across the line on the sweep, more jumper over-spin, and really, it was the thunder that won it! Sharma let his back leg slip out thinking the ball was dead, but in reality Jones was still busy collecting it from his chest, and he couldn’t believe his luck!, 75,7

18.5 To RM Ghosh, Plumb lbw! Ghosh’s main cameo is over, though she is rave about as much as she can. I really don’t see how she survived it… unless there’s an under-edge that isn’t there… She attempted another reverse sweep, but got tangled the full length. and he’s kicking, 103,8