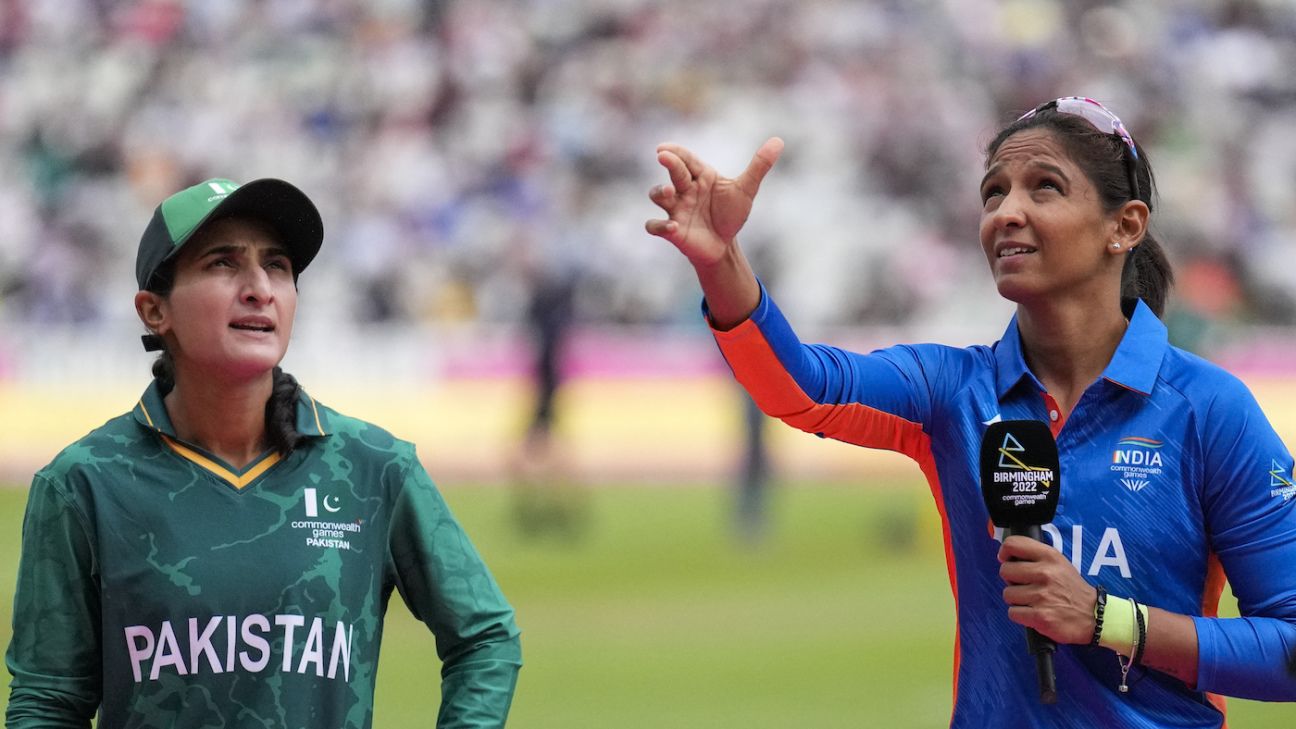 Pakistan captain Bismah Maroof believes that playing regularly in foreign leagues has benefited India’s batsmen a lot, which their players have not been able to.

“Indian players and batsmen have developed and gained confidence because of opportunities to play in the league, which is not the case with our players,” Maroof said after Pakistan’s eight-wicket loss. , “Once our players start getting more opportunities like this they will grow well and gain confidence.”

On the other hand, in 2019-20, Nida Dar was the first and so far only player from Pakistan to feature in the WBBL, while no player featured in the Hundred. Maroof was part of the Fairbreak Invitational Tournament earlier this year along with Pakistan team-mates Alia Riaz, Diana Baig, Fatima Sana and former captain Sana Mir, who have retired from international cricket.

“We’re playing mix-and-match [style of cricket] Because that’s what the team requires,” Maroof said of Pakistan’s approach which is less dependent on power-hitting. “One has to play the anchor and be in the middle, but the power-hitters we rely on , they can’t get things done. For us. This is the work area.”

Maroof expressed hope on a women’s PSL, proposed by PCB chairman Ramiz Raja, to help Pakistan on that front. “we are expecting [the women’s PSL to be launched] Next year this is the plan hopefully it will materialize and help our bench strength.”
During the Women’s World Cup earlier this year, Maroof’s baby girl, Fatima, was beloved by photographers and players alike. He was often seen as a bridge between teams as players happily posed for pictures with him. Before the Games, Maroof’s participation was in doubt as his daughter was denied recognition. But the PCB fought his case and Maroof’s mother also traveled to look after Fatima.

When asked if Fatima was enjoying the Commonwealth Games, Maroof said, “It was important for me to have her with me, as I couldn’t leave her back at home.” “Credit to PCB for fighting the matter and very grateful to the board for allowing me. Whenever Fatima meets players from other team, she (also) enjoys it very much.

,[It is] difficult to manage. But I look forward to playing and it is an honor to serve and lead Pakistan. I focus on making time for her and with my mother we share the task of taking care of her.”