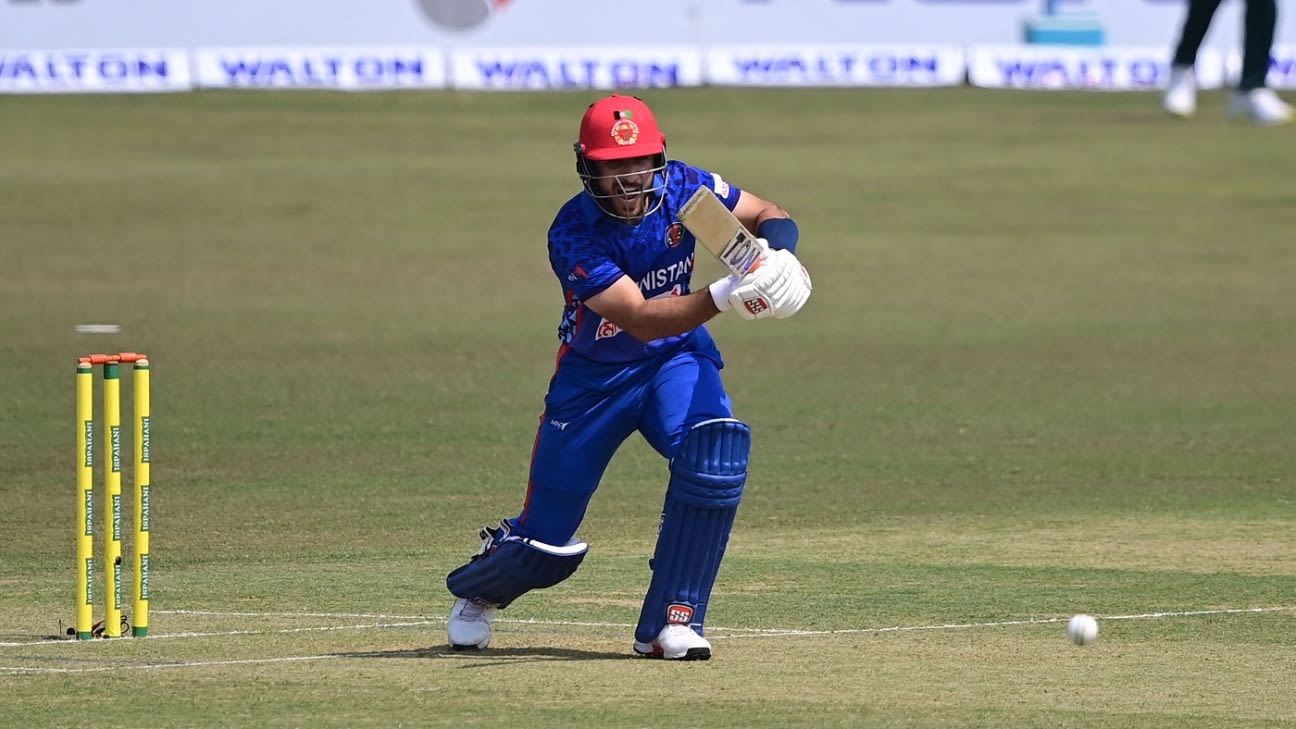 Ibrahim Zadran, Hashmatullah Shahidi and Naveen-ul-Haq have been named in Afghanistan’s 16-man squad for the five-match T20I series in Ireland. Spinners Qais Ahmed and Mujeeb ur Rahman, who were not part of Afghanistan’s series against Zimbabwe in June due to T20 Blast commitments, have been added as reserves, while Ehsanullah Janat, who made his T20I debut against Zimbabwe, has been named has been laid out.
Opener Ibrahim was part of the ODI squad for the tour of Zimbabwe, but his last T20I was against West Indies in November 2019. He has been in good form in the current Shapeja Cricket League, where he is currently 3rd highest run scorer Scored 283 runs in seven innings at an average of 56.60. Top-order batsman Shahidi was also a part of the ODI series against Zimbabwe and last played a T20 International in March 2021. Fast bowler Naveen, who has not represented Afghanistan in any format since November last year, was 2nd highest wicket taker in T20 Blast He has taken 24 wickets in 14 matches for Leicestershire this season.

Top-order batsman Usman Ghani and pacer Nijat Masood, who were part of the squad that played against Zimbabwe, will also travel to Ireland along with Cass and Mujeeb.

Mohammad Nabi continues to lead the team, which also includes 17-year-old left-arm spinner Noor Ahmed, who took 4 for 10 in his T20I debut against Zimbabwe in June.

The series against Ireland consists of five T20Is in Belfast and begins on 9 August. To avoid visa issues plaguing Afghanistan of late, the Afghanistan Cricket Board had obtained UAE residence visas for nearly a dozen players and officials.