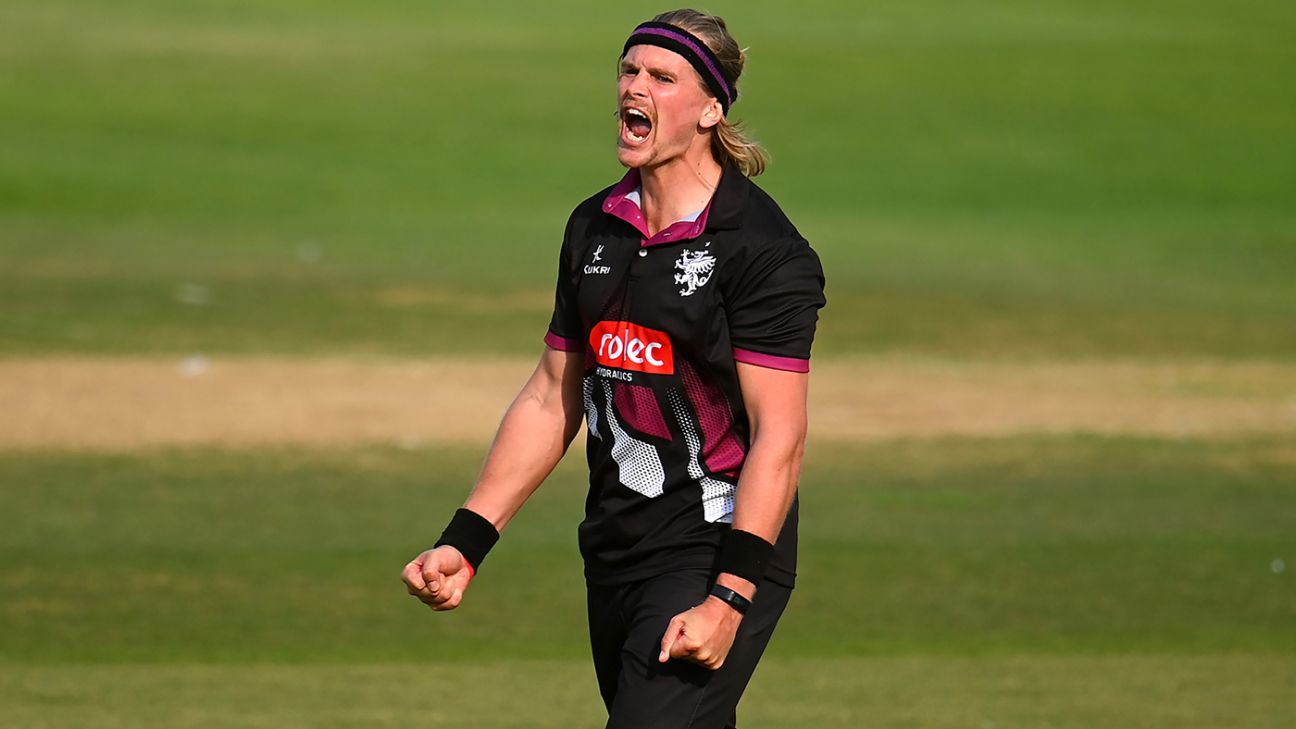 Northamptonshire have signed fast bowler Ollie Sell from Somerset. Sales, 26, has agreed to a two-year contract.
The Northants announced earlier this week that they have released fast bowlers Nathan Buck and Brandon Glover, targeting Sail as a player who can strengthen the team in all three formats.

A long right arm, Sail came through Somerset Academy but struggled with injuries. He required surgery on his back in 2015, making his senior T20 debut the following summer, but was then kept on the sidelines until he finished as the club’s leading wicket-taker in the 2020 Vitality Blast.

“Oli has a lot, a lot of potential.” Northants head coach John Sadler said. “He brings real pace and that’s what has got him success in white-ball cricket so far. That’s his immediate strength, but we see him playing in all formats to grow.

“He is now at the time in his career where he thought a move would be good. What he offers seems very fitting for us right now and he is someone we are really excited to work with.”

Sales missed the entire 2021 season after undergoing double shoulder surgery, but returned to fitness this summer, making his List A debut during the Royal London Cup. He has also averaged 17.40 with the red ball in the second XI Championship.

“I am extremely excited to be joining Northamptonshire in what seems like a really promising time for the club,” said Sell. “When I spoke with John Sadler, he talked me through his vision for the club and the role I see playing in the team and I knew it would be great for me to join an increasingly strong Northamptonshire team. It was a wonderful opportunity.

“I can’t wait to go with the boys this winter and hopefully build up to a successful season next year.”

Northamptonshire are currently fifth in Division One of the championship and are assured of a place at the top level next season. With the departure of Buck and Glover, the club let go of batsmen Ben Curran and Charlie Thurston.