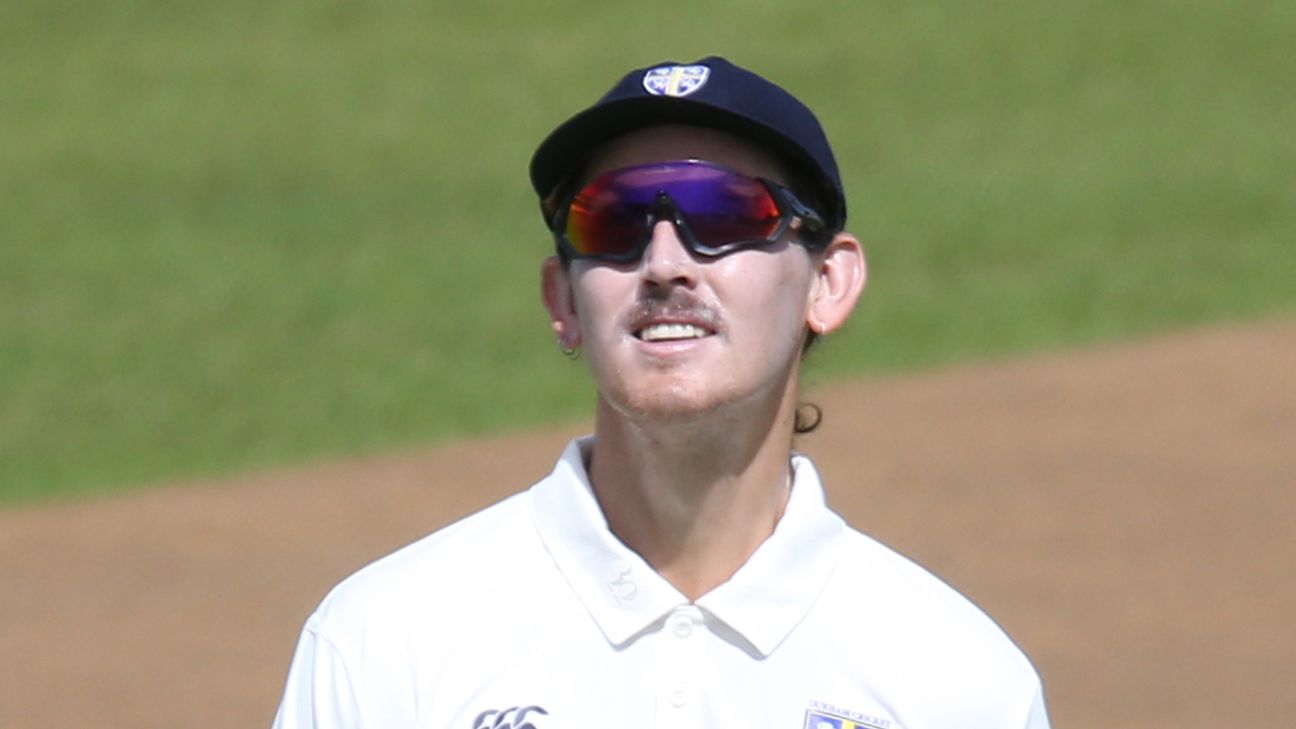 Derbyshire’s pace attack put promotion candidates in a strong position on the second day of the LV=Insurance County Championship match against Durham, who could face a possible point cut after Nick Maddinson’s bat was too big.
England Lions pacer Sam Connors (3/54) and Ben Aitchison (49/49) reduced Durham to 222 for 9.
All-rounder Anuj Dal took 2 for 18 in 10 overs as Durham made 84 for five for 26 in the final session.

Umpire Hasan Adnan tested Maddinson’s bat with his measurement gauge shortly after the Australian was in the middle, but it did not move and was taken away by match referee Mike Smith. The bat was to be re-examined after the end of the game and if it failed again, it would be sent to the ECB for a decision.

Maddinson was one of three Durham batsmen who fell on poor shots after the visitors arrived during the morning session.

Conditions were looking good to bowl under gray clouds with floodlights, but Derbyshire’s attack delivered a lot of loose deliveries, barring Aitchison.

Jones’ first seven scoring shots were boundaries, but Sean Dixon was relieved on eight when he dropped Aitchison at third slip, where Luce du Ploy failed to stick.

Derbyshire regrouped during the lunch break which was extended by rain to 45 minutes and took four wickets in the afternoon session.

Dixon was the first to go, caught behind the carving on the first ball after the restart, and Scott Borthwick also fell on an accidental shot when he tried to turn the pacer off his feet and hit a top to square leg. Gained edge.

The bowlers’ superior line was again rewarded when the pressure was put on Maddinson, who went for a big drive into Dull and was caught on point.

Jones played responsibly but in the last over before tea he tried to drive off Nick Potts and lost his off-stump.

Durham trailed 164 at interval, but Jonathan Bushnell and Liam Trewaskis disappointed Derbyshire for 19 overs before Connors returned to transfer the momentum again.

Connors found enough distant movement to catch Bushnell behind before Travaskis, miserably missed 21 at third slip, reaching the latter in the second five overs where Wayne Madsen hit the ball to Brooke Guest to complete the catch. Knocked.

Paul Coughlin was run out by a straight hit from Potts as he went for a quick single over midwicket and Tom McIntosh bowled a wide from dull to point.

Connors caught Ben Raine behind before a bad light ended with Derbyshire to push for the win.