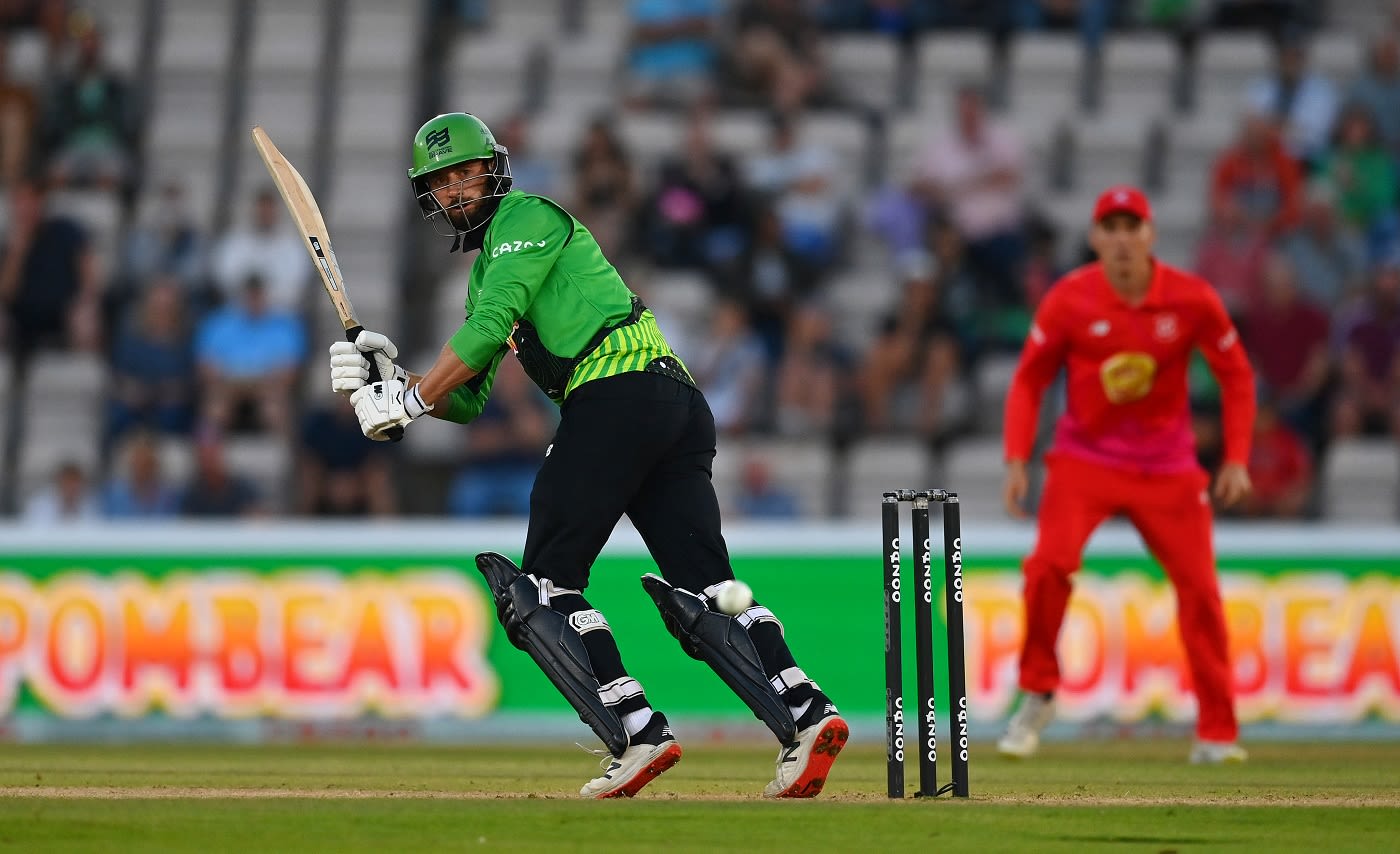 Earlier, Ben Duckett scored 40 off 31 balls, with the next highest score being just 11, as Fire struggled to par 107 from his 100 balls. Craig Overton dominated the top order with 2 for 21 before Chris Jordan took 2 for 16. Vince, Davis and Marcus Stonis were all the batsmen needed to finish the job with 31 balls to spare.

Vince came on the back of a prolific Vitality Blast campaign with the Hampshire Hawks – where he also captained his county to their third title. Fire didn’t give him a chance to get out early – unfortunately, what he did, Ryan Higgins flashed his chance at deep backward square when Vince dismissed him on the fifth ball, Misfield then ran for four.

A pair of boundaries through midwicket and point further compounded the error, as Davis smashed back-to-back boundaries off David Payne – the other a stunning straight drive.

Davies bowled a short delivery to Higgins off Jake Ball and needed 36 off 51 balls, but Vince cut down firmly to complete his half-century off 31 balls. He waited until he was 55 before hitting his first six, and the Braves eased into the win to maintain their perfect Ages Bowl record – Vince even bettered his previous hundred best of 60.

Vince got off to a good start to the evening by winning the toss, electing to bowl and in a 25-ball powerplay to reduce the top order to 31 for 3, proceedings were delayed after a spectacular fireworks display.

Brave for various injury and illness-related issues were lightning fast without Jofra Archer, Tymal Mills and George Garten, but it was little thanks to their depth. Overton pulled Joe Clarke off four balls to stretch to cover for a duck and Hawking Tom Banton to deep square leg, bowling 41-year-old Michael Hogan’s Ollie Pope – who came off a reverse sweep. had missed.

Duckett and Sam Hahn scored 25, the highest stand of the innings, but wickets kept falling. Jake Lintot worked his way into the attack and his googly tickled Hahn’s glove from his second ball, while 17-year-old leg-spinners Rehan Ahmed and James Fuller went under the run-a-ball.

Fuller got the final touch for a chaotic run out to put the fire captain, Josh Cobb, and Quinton de Kock’s stand-in easily over Ryan Higgins at the square boundary.

Duckett held things together though he survived a run out and drop catch, dominating the sweep and lap as all five of his boundaries came behind the wicket. He eventually got Jordan to the top at mid-on before Nur Ahmed saw off his first and only six innings; But the fire effort never felt like enough.