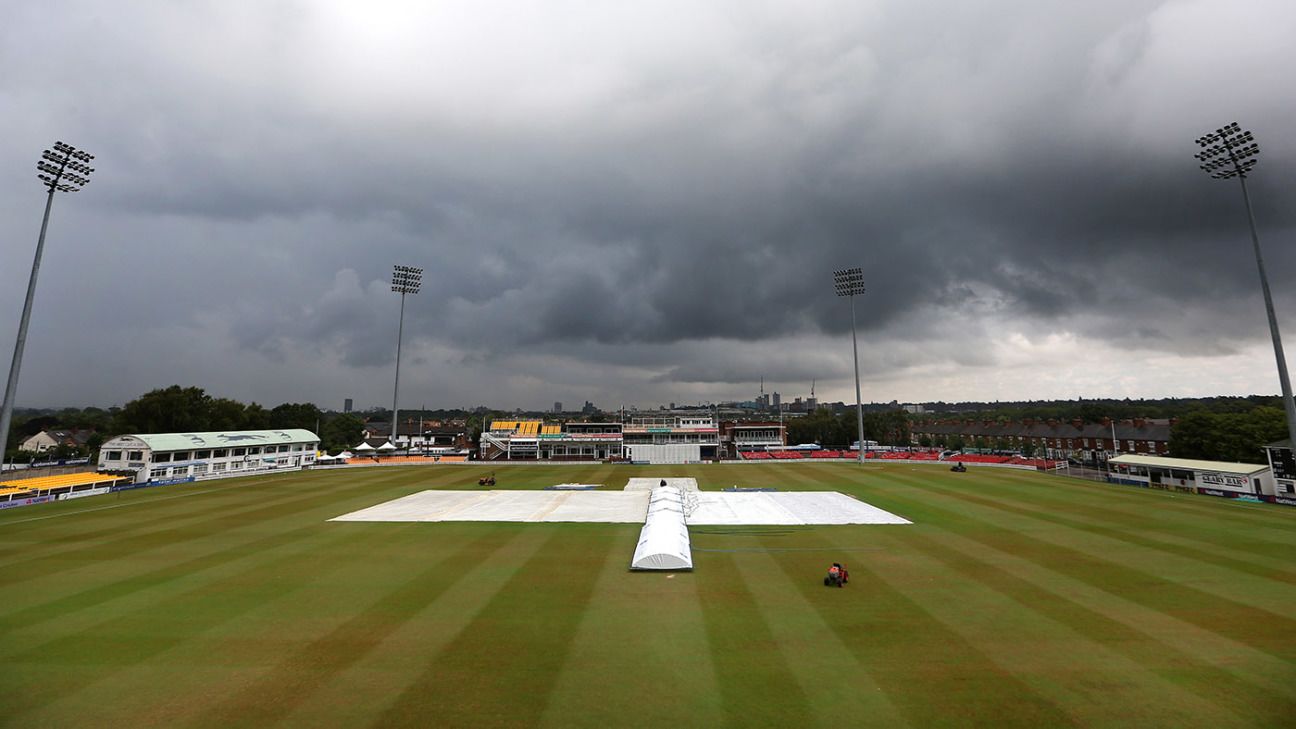 Leicestershire and Durham had the rare experience of being let down by the weather on the first day of their LV = Insurance County Championship match at Uptonsteel County Ground.

Only 22 overs were possible before rain forced players off the field for lunch later in the day, Leicestershire scored 97 for 2, debutant Sol Budinger on 63 not out – Ben Raine With the first ball of the day despite changing his bat after a chunk out.

Once the rain stopped, the ground staff made every effort to make the playing surface fit for resumption, but with no wind to speed up the drying process, parts of the outfield Remain stubborn.

Those 22 overs, however, were enough time for former Nottinghamshire batsman Budinger to make a favorable impression on his Leicestershire debut, with 10 fours and a six already in his account.

Budinger, 23, never played a first-class match during his two years as a senior at Trent Bridge, but moved to Grace Road after scoring 645 red-ball runs for Nottinghamshire’s Second XI this season. 321 of them came in two matches against Leicestershire Second XI, including their highest score of 151.

He has a reputation as an aggressive top-order player in the white-ball format and it is clear that he wants to play red-ball cricket with the same mindset. Budinger scored 50 runs in just 57 balls with nine fours, three of which were in the same over from rookie seamer Oliver Gibson.

Flexing his muscles, he pulled Paul Coughlin on the Milligan Road side of the field for a huge six. Although he had some early luck with balls that were far from finding the edge, he generally hit the ball cleanly.

Budinger is on loan from Nottinghamshire for the last three games of the season before resuming a two-year contract.

Coughlin had removed Budinger’s opening partner Hassan Azad with a big inswinger, putting his foot first. Their partnership of 74 runs was the second-highest partnership for the first wicket of the season, currently at the bottom of Division Two.

England bowler Matthew Potts – rusty for the first time after almost four weeks without cricket – caught Rishi Patel at second slip in the last over before the rain came.

It is the first time since the opening day of the season in April that Leicestershire have lost time to rain in a championship match.