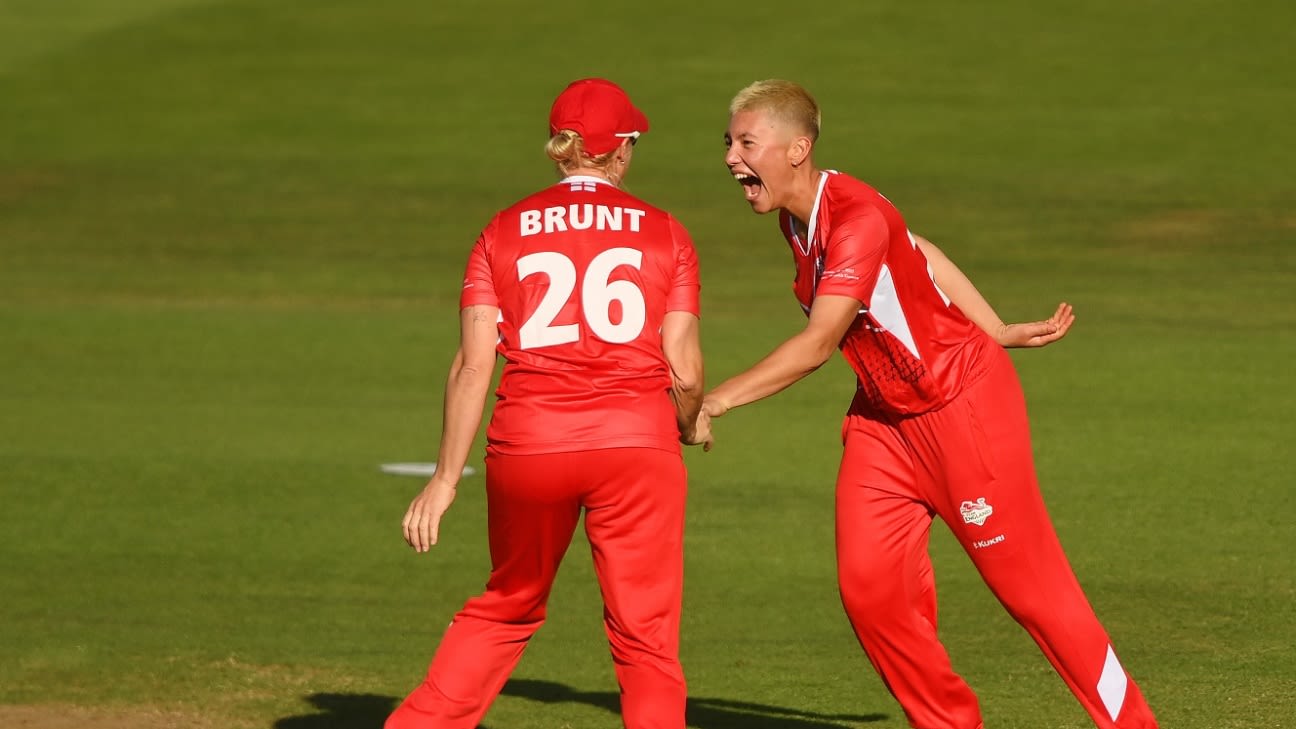 England will play India in the semi-finals of the Commonwealth Games, when a brilliant start from Katherine Brunt led them to a thumping victory over New Zealand in their final group stage match at Edgbaston.
Brunt, Issie Wong and Sarah Glenn took two wickets each.

Playing without Heather Knight, their captain, who was ruled out of the entire tournament due to a hip injury that is expected to take a few months to recover, Alice Capsi top-scored for England for the third straight match as The hosts chased down a narrow target with 50. Balls remain to watch as the crowd of 10,892 people see an encouraging home win.

Brunt set England off to the right start when he sent off Sophie Devine’s leg stump cartwheeling with a fine off-cutter as the batsman tried to defend off the fourth ball of the match.

In Brunt’s second over, she removed Amelia Kerr with an equally impressive delivery, which struck the bottom edge as Kerr tried to warm up the leg side and hit the top of the middle stump as a wicket maiden. Left in, leaving Brunt for 2 runs. 2 from the same number of overs at that time. He ended the match with 2 wickets for 4 wickets in three overs.

No let-up from England

When Wong soon entered the field, he struck his fourth ball as Suzie Bates – by far New Zealand’s big hope – dismissed Nat Sciver at midwicket. Suddenly, the White Ferns were 12 for 3, and they only managed to extend their score to 21 for 3 by the end of the powerplay.

His woes deepened when Maddie Green worked to move Sciver to the leg side, but Brooke Holiday kicked herself out after not more than a half-step before putting her hand up. Until Green shouted, “No, no!” His teammate literally stood next to him and had to keep walking towards the dugout as Sciver collected a throw from wicketkeeper Amy Jones and hit the bails at the non-striker’s end.

Wong made his second claim when Hayley Jensen fired Danny Wyatt at the halfway point of his innings to leave New Zealand for 35 for 5. Spinners Sophie Ecclestone and Sarah Glenn – the latter taking two wickets in two balls – put England on the verge of dismissing their adversary before the 10th wicket pair of Hannah Rowe and Fran Jonas batted in 20 overs.

England’s run-chase came to a halt when Wyatt bowled the last ball of the opening over bowled by Jonas towards midwicket and keeper Isabella Gage ran into the gap to take a catch.

Capsi, the 17-year-old moves to No. 3 position whenever England loses a wicket in the Powerplay – she is their leading scorer of games with 117 runs and is second only to Bates overall – once in the chase. ready for more. Fresh from his maiden international half-century in the previous match against South Africa, Capsi sent highly experienced White Ferns seamer Lee Taihu to the boundary four times in an over, thrice swinging him through square leg through the off-side with the right. before doing.

Complicating New Zealand’s problems, captain Devine brought herself into the attack but was found to have overstepped when Capsi was well caught on the ramp by Rowe. However, the damage was limited when Capsi dismissed Kerr at mid-off without adding 23 runs in 19 balls to Devine in the next over.

Sophia Dunkley has 20 passes in the contest after being bowled for 19 by Ker Googly, but then Jones, backed by Sciver, made light work of the deficit, four times inside 12 overs to see her team home Find the boundary.