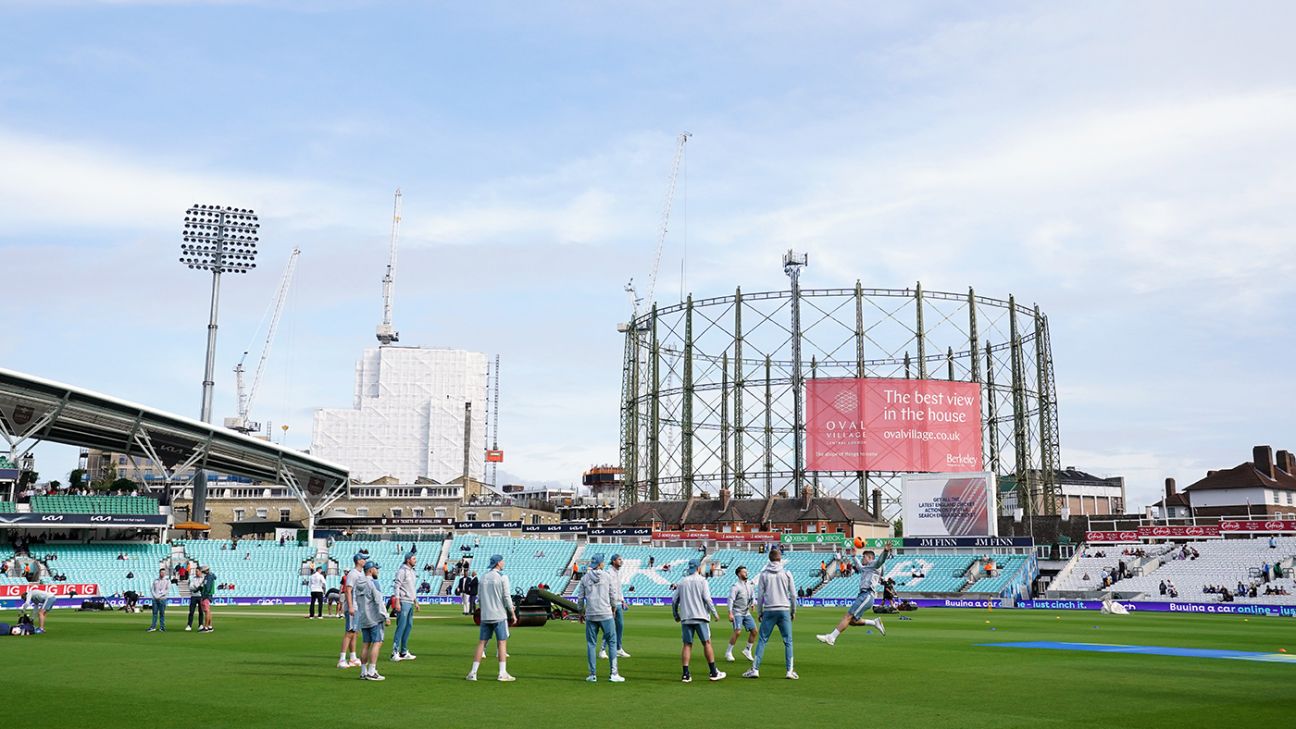 England captain Ben Stokes has won the toss and asked South Africa to bat first under dangerous skies in the third and final Test at The Oval.

With the series closed at 1-1 and South Africa top the WTC points table – they are currently 12 points behind Australia in second place – both sides have it all to play for.

Torrential rain overnight in London had cleared the match by morning, although the outfield remained very wet, causing umpires Richard Kettleborough and Nitin Menon to delay the scheduled toss by half an hour.

As was confirmed by Stokes on the eve of the match, Harry Brooke will make his debut in place of Jonny Bairstow, who is expected to spend an extended period on the sidelines following his golfing injury. Joe Root presented his Test cap to Brooke, while Marcus Trescothick gave a cap to James Anderson to mark his 175th Test match, when the pair played together in Anderson’s debut in 2003.

“Very disappointed for Johnny, he has been absolutely fantastic this summer,” Stokes told Sky Sports. “He has been at the forefront of what we wanted to achieve this summer. Harry Brooke gets the opportunity, he fully deserves the position he finds himself in.”

South Africa have made wholesale changes, not least surprisingly bringing in Ryan Rickelton for Rasie van der Dussen, who fractured his finger while fielding during the second Test at Old Trafford.
Their captain Dean Elgar revealed at the toss that Lungi Ngidi was injured – he has a hamstring problem – while Aiden Markram and Simon Harmer have been ruled out. As a result, Marko Jensen returned to the squad after being overlooked for the second Test and Khaya Zondo will play his second Test after making his debut against Bangladesh in April, replacing Markram, who has struggled for form. Wian Mulder, meanwhile, will play his first Test since that home series against Bangladesh, as South Africa look to sharpen their batting while providing an extra seam option.

An hour before the players took the field, heavy storm clouds engulfed the field and, of course, rain came to further delay the start of the game, which had already been pushed back 30 minutes.