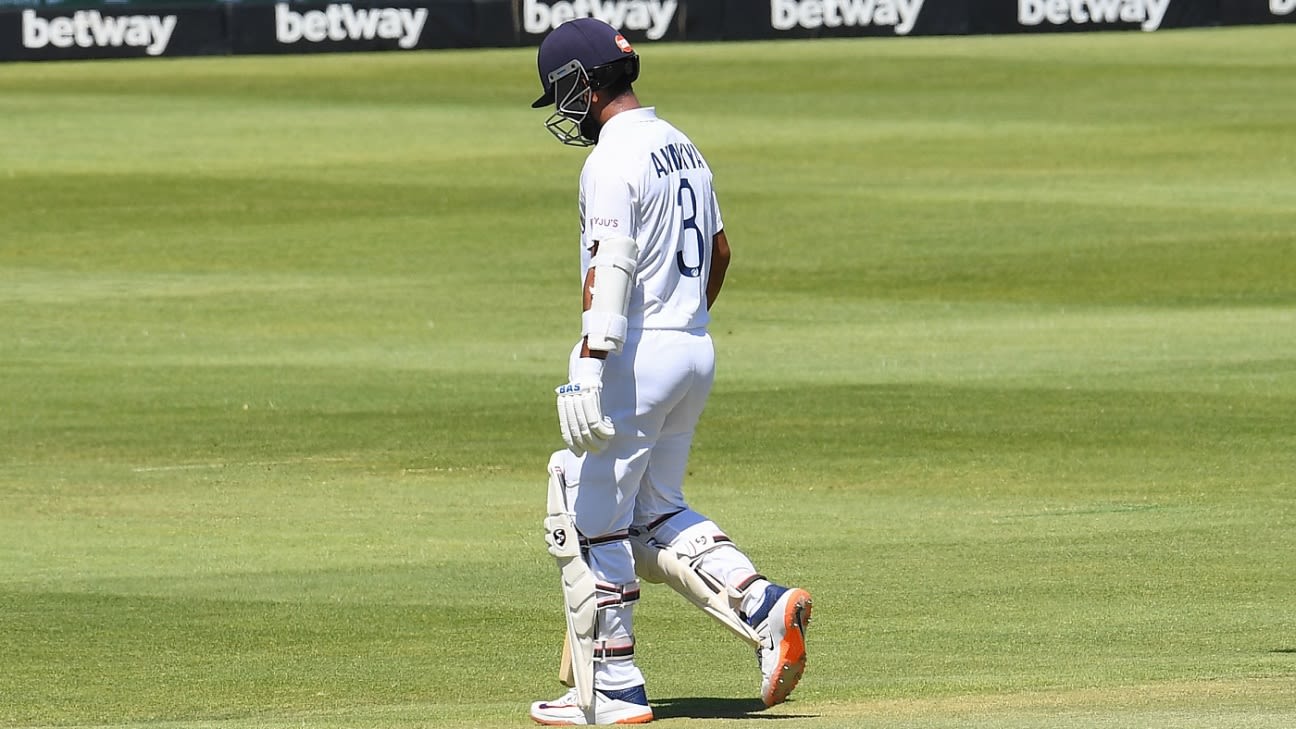 The sought-after West Zone batting stars, including Ajinkya Rahane and Shreyas Iyer, saw South Zone restrict them to 250 for 8 on the first day of the Duleep Trophy final in Coimbatore on Wednesday.
It was their 87-run partnership for the ninth wicket with Gujarat’s young wicketkeeper Het Patel (96 not out) and Saurashtra’s Jaydev Unadkat (39*) that helped West Zone recover from an uncertain 167 for 8 and Finally scored 250 runs for 8 wickets. 90 overs.

But a lot is to be expected from an incredibly strong West Zone batting line-up like Rahane (8), Iyer (37), Sarfaraz Khan (34), Yashasvi Jaiswal (1) and current India A captain Priyank Panchal (7) Was.

And then in-form left-arm spinner R Sai Kishore (3 for 80 in 32 overs) first choked and then ran into the middle order, before lower-order resistance brought West Zone back into the game.

In the morning, Andhra left-arm seamer Stephen poked Jaiswal outside the off-stump and was caught by wicketkeeper Ricky Bhui.

Rahane started off with a boundary, but old habits began to bother him as Kerala pacer Thampi pulled Ravi Teja into the slip cordon to take him to an edge from behind the stumps. For Panchal, Stephen’s delivery straightened a touch after pitching and dropped the India A captain in front of the stumps.

Once it was 16 for 3, the Mumbai pair of Sarfaraz and Iyer came together and looked like reviving the innings with a 48-run partnership. While Sarfaraz took one end, Iyer played his strokes, which included four fours and a six.

It was Sai Kishore who got Iyer caught at the hands of B Inderjeet when the batsman looked set and Sarfaraz got to finish off a similar 117-ball guard.

The Tamil Nadu left-arm spinner then shook the West Zone with his third scalp as left-handed batsman Shams Mulani was caught by a ball that turned him back into the shadows.

Patel stopped the rot from his side during his 178-ball knock, which hit six fours and a six. He first put on 63 runs for the seventh wicket with Atit Seth (25) before Thampi found success with the old ball.