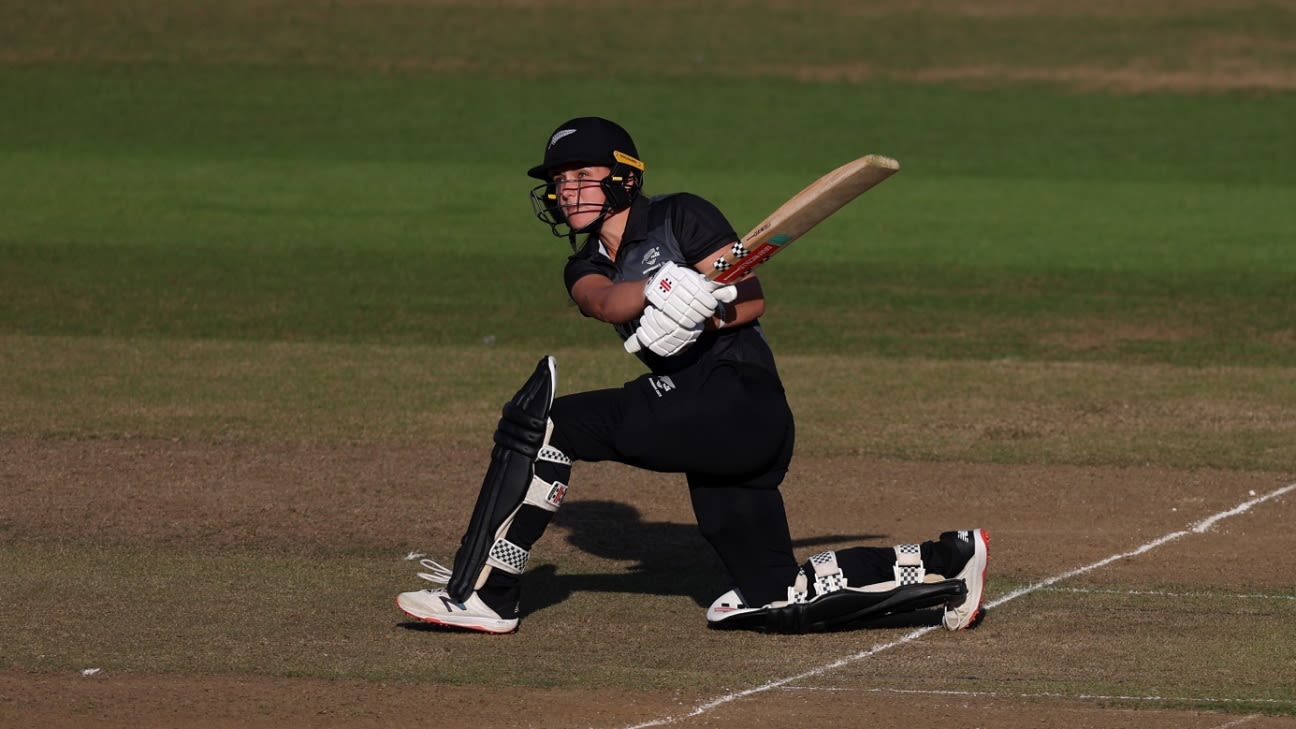 However, the straight end of the match was not in sight. In a 35-over side contest after a rain delay, West Indies scored 168 for 7 wickets. When New Zealand needed 10 runs from 12 balls to win, the umpires declared the match after poor light as the cut-off time had passed. , The umpires shook hands with the West Indies players, leading the hosts to believe they had won the match as they celebrated in a huddle. This was followed by a discussion between the captains and the umpire of both the teams, after which it was declared that New Zealand had won the match.

“There was a bit of confusion,” Amelia said after the match. “The umpires called time (called us in) because of the light. I wasn’t sure what was going on. I was ready to end things but Brooke [Halliday] Thought we won. West Indies thought they had won. Sophie [captain Sophie Devine] The umpire came along and cleared things up. It was a strange ending, strange waiting when things were sunny (in the morning), but we shouldn’t be phased by it.”

West Indies captain Hayley Matthews expressed disappointment over the way the match ended but took the positives and the defeat swiftly.

“The girls put up a really good fight to get us to total in the first innings, so congratulations Kishona and Chinley,” Mathews said. “After the start to New Zealand, we took some important wickets in the middle. Of course it’s disappointing the way the game ended but overall, I think it was a good first game.”

The start was delayed due to the wet pitch. Devine won the toss and decided to bowl.

West Indies got off to a good start in the seven-over powerplay, scoring 36 runs for the defeat of Rashada Williams. But the wickets kept falling in the next few overs. Natasha McLean was caught behind by Hannah Rowe, before Jonas accounted for Stephanie Taylor and captain Hayley Matthews.

The next five-and-a-half overs went for nine runs, and the pressure translated into Shabika Ghaznabi’s run out. But then, Kishona Knight and Chinelle Henry came back with an 83-run partnership that held the innings together. Henry was aggressive, scoring 44 runs with five fours at a strike rate of 129. Kishona scored 36 runs out of 61.

New Zealand’s chase began smoothly and with regular boundaries. In the fifth over, Bates went behind Shamilia Connell, hitting three fours, bringing Karishma Ramharack into the attack. Nonetheless, the pair continued to score independently, completing their half-century partnership in just 45 balls. It was Mathews who provided the breakthrough with the wicket of Devine.

The quick start gave Bates and Amelia time to coast on a single and with an odd boundary. Bates completed his half-century and the partnership was just there. But with the stand at 47, Effie Fletcher intervened by removing Bates, who was also caught by Kishona.

The back of the chase was broken by a 31-run stand between Amelia and Maddie Green in the chase. Amelia sided, not discouraged from Hayley Jensen giving Kishona her third catch, to keep her with the DLS score. The boundary he hit just after getting out made the asking rate five. Brooke Holiday joined Amelia for five singles in the next over.

He was chasing the 33rd over when bad light stopped play. Thirteen runs were scored in the two overs before the stop, which took the visitors five runs above the DLS par score.