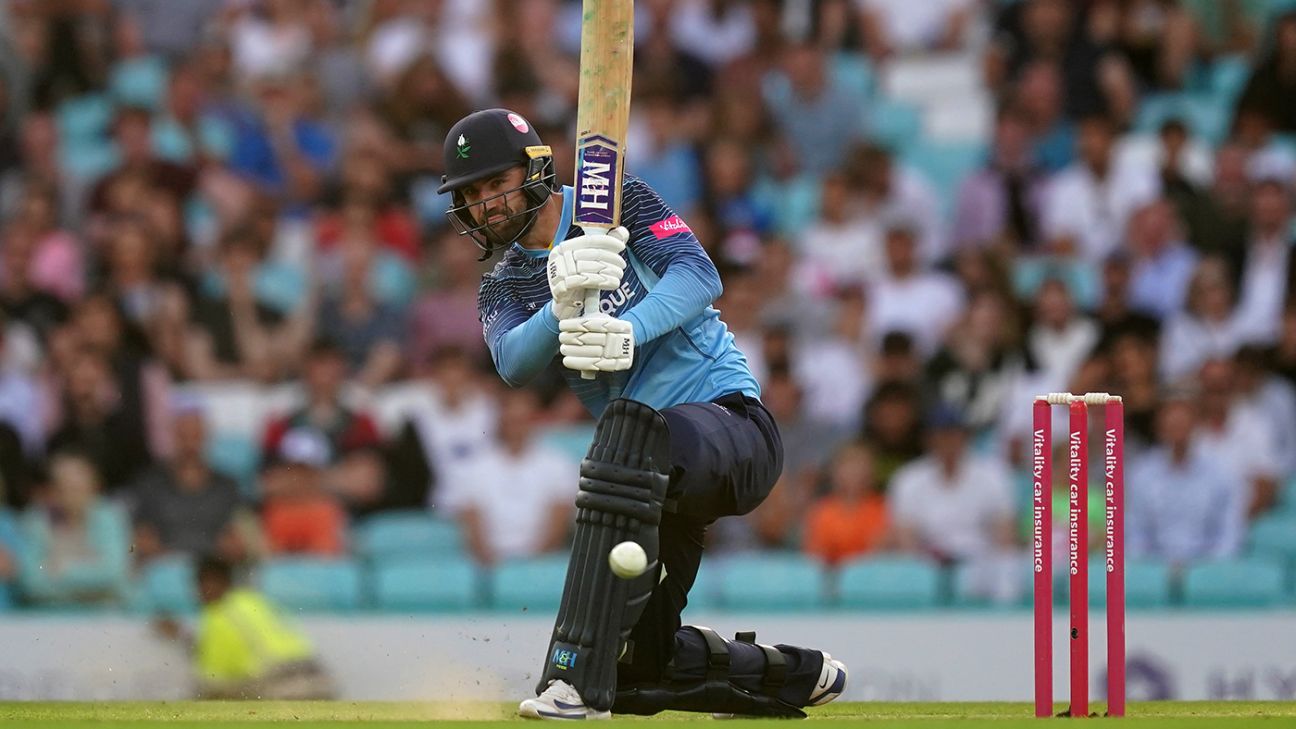 Centuries from openers Will Frain and Harry Duke underlined Yorkshire’s solid start to the Royal London Cup as Northamptonshire were beaten by DLS by 33 runs at Clifton Park in York.

Fran’s career-best 143 was backed by 111 in contrast to Duke as Yorkshire posted 343 for 5 in 46 overs, including teenager Will Luxton’s 84. Fran and Luxton started the day with the batting, while wicketkeeper Duke played a supporting role. After putting Vikings.

In response, New Zealand opener Will Young, captaining the Steelbacks in this opening Group B fixture, kept his hopes alive with a top score of 91. But he was still dismissed for less than 200, and he was dismissed for 320. 45 overs. Dom finished with 3four 63s out of base nine.

Lewis McManus equalized Young with an amusing, consoling 82. Four overs were lost per over due to morning rain.

Fran displayed prowess on the leg side and touched the off 107 balls with 12 fours and eight sixes, capturing his championship 106 against Surrey at Scarborough in 2019.

Posting a second county century in front of a crowd of 3000, the 26-year-old attacked Northamptonshire, who made a mistake on the pitch with good pace and bounce pay. Fran pulled Tom Taylor over the pavilion and later hoisted Nathan Buck over the hospitality marquee at long-on.

The 20-year-old Duke also faced 107 balls. Shortly after Fran reached a 85-ball century – at which time Yorkshire were 142-0 after 23 overs – Duke’s half-century came on 62. The busy Duke scooped up with increasing regularity as he went on to his second List A century after 125 vs Leicestershire. year.

When Fran cut Saif Zaib’s left-arm spin at backward point, the loss was reduced to 209 for 1 in the 30th. But there was more to follow.

England Under-19 batsman Luxton followed Fren’s dominance, hitting 10 straight boundaries and three sixes in 53 balls, as the Steelback failed to stop the flow of runs until the final two overs when only 11 were conceded.

Duke reached three points off 97 balls, and the second half-century of Luxton’s career came later off 35 balls. After a second wicket partnership of 134 runs within 15 overs, both men were caught in the visiting attack’s pick in Buck’s over, with 2 for 66 for nine.

Northamptonshire slipped to 36 for 2 within six overs of their reply, with debutant seamer Ben Cliff extending the lead to Ricardo Vasconcelos at wide mid-on after just four balls. Ben Codd also got Emilio Gay caught at slips.

Young and Zab put on an 82-run partnership for the third wicket to get the innings back on track, although the road ahead was long.

Young hit strong boundaries on either side of the wicket in his 64-ball knock, including two straight sixes off a dozen fours off debutant Harry Sullivan’s left-arm spin. But he and Zab fell in the span of five overs, leaving Northamptonshire at 158 ​​for 4 in the 24th over. Zab is stumped off base and Young pulls the cod to mid-on.

Steelback had no choice but to plow. And he did first through Rob Keogh’s 59.

A characteristic of this consistency was that the runs were made with authenticity rather than largely agricultural. Keogh was no different. But he took out deep cover and handed Sullivan his first wicket, and it was the first of three for 17, which ended the competition as the score fell from 237 for 4 in the 34th over to 254 for 7 in the 37th. Done.

Sullivan also bowled James Sales and Bess got Taylor caught and bowled. Before Tom Lowten was dismissed lbw, wicketkeeper McManus hit base again before threatening a late and remarkable heist with four sixes off 62 balls.