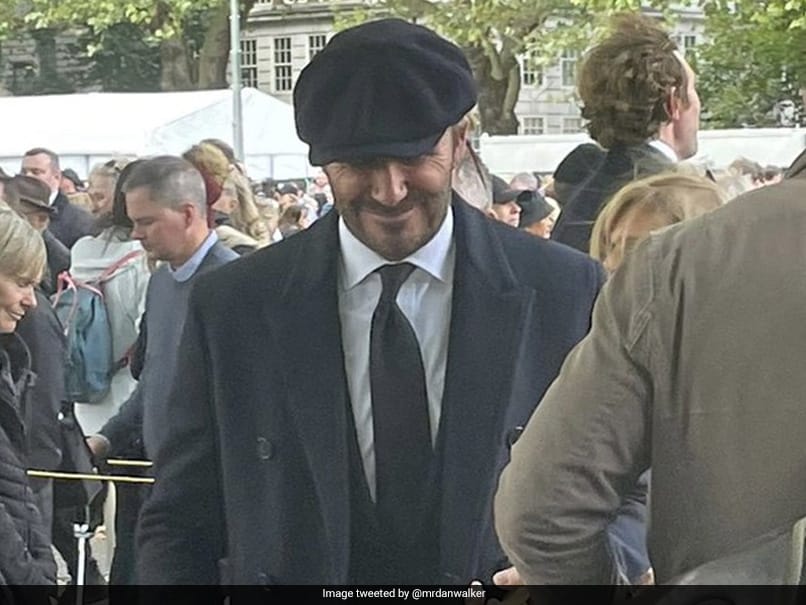 Former England football captain David Beckham has joined long queues in London to file the coffin of the late Queen Elizabeth II. The former Manchester United and Real Madrid star told Sky News he was among the thousands of people headed to Westminster Hall to celebrate Britain’s “special” queen. Elizabeth’s death has sparked a flurry of emotions across the country, with people queuing for several hours late into the night to pay tribute to the late monarch, who died last week.

The queue was temporarily halted on Friday after a park at the end of the line along the River Thames reached capacity, the government said.

Beckham, 47, was seen wearing a dark flat hat, suit and tie as he waited in line to pay his respects.

“This day was always going to be a tough day,” he told Sky News. “Our thoughts are with the family – it’s so special to hear all the stories from the people here.

“The most special moment for me was receiving my OBE (Order of British Empire Honor from the Queen, which she received in 2003). I took my grandparents, who were members of the very large royal family, with me.

“I was so lucky to have had moments like these in my life to be around Her Majesty. It’s a sad day, but a day to remember.”

Beckham said he lined up early in the morning hoping to dodge the main crowd, but his plan was thwarted.

The former footballer said whenever the national anthem is played in England matches, it is special.

“Every time we wore a Three Lions shirt and I had my armband on and we sang God Save Our Queen, it was something that meant a lot to us,” he told ITV.

Beckham was among sports stars in Britain and around the world who last week paid tribute to Queen Elizabeth at the age of 96.

At Westminster Abbey on Monday morning, the Queen will be honored at Britain’s first state funeral in nearly six decades, with more than 2,000 guests expected to attend.