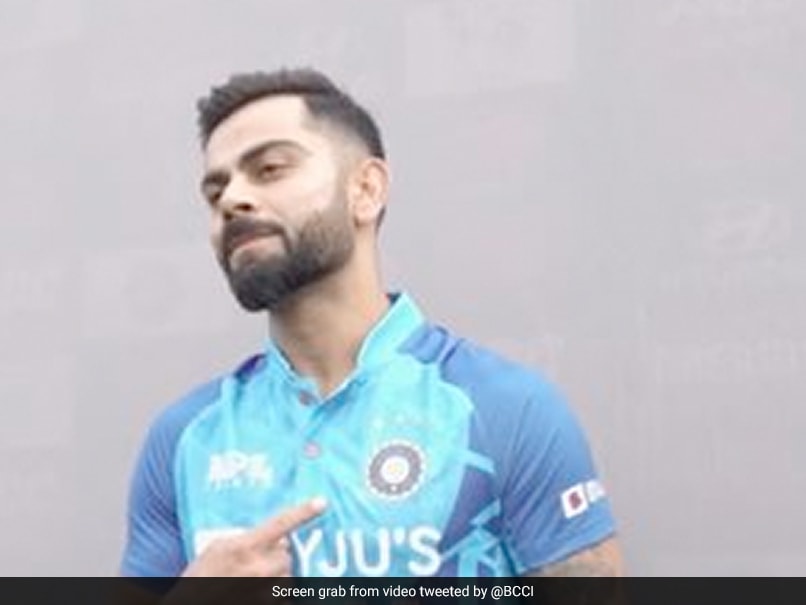 The Board of Control for Cricket in India has shared a video of a photoshoot of Indian players in the new T20 jersey on social media. The photoshoot took place ahead of Rohit Sharma and company’s upcoming three-match T20I series against Australia, which begins on September 20 in Mohali. The video features actors like Rohit Sharma, KL Rahul and Virat Kohli, who are all seen posing for the pictures. Significantly, the new jersey was released by the BCCI on social media on Sunday.

BCCI tweeted on Sunday, “For every cricket fan, this is for you. Introducing the new T20 jersey – One Blue Jersey.” The jersey consists of a light blue t-shirt with dark blue sleeves paired with light blue trousers.

The poster for the new jersey featured the men’s and women’s team captains Rohit Sharma and Harmanpreet Kaur, respectively. He was accompanied by Suryakumar Yadav, Shafali Verma, Hardik Pandya and Renuka Singh.

For every cricket fan, this one is for you.

After the three-match T20I series against Australia, the Indian men’s team will host South Africa for a number of T20Is.

While an ODI series against South Africa will follow, their next assignment in the shortest format will be the straight 2022 T20 World Cup, starting in Australia in October.

India recently suffered an early exit in the Asia Cup after losing to Pakistan and Sri Lanka in the Super 4 stage.