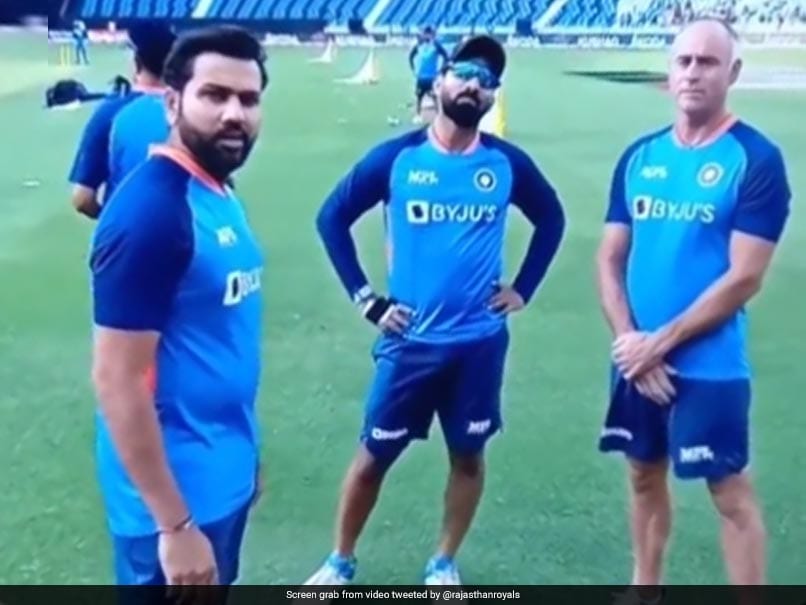 Cricket is a sport which is known for some thrilling moments and high-octane action. As the popularity of the game increases, the competition is also increasing day by day. Despite these factors, players still manage to maintain a friendly and loving atmosphere in their camps. The recently concluded Asia Cup, which saw Sri Lanka as the champions, didn’t turn out in India’s favour, but the players took some time out to have some fun with the spider-cameras on the ground. During their last Super 4 match against Afghanistan, players were seen playing with spider cameras.

In a video posted on the Twitter handle of Rajasthan Royals, captain Rohit Sharma, Dinesh Karthik and mental conditioning coach Paddy Upton were seen jokingly charging at the camera after pretending to be a serious star. In another clip, Yuzvendra Chahal and Hardik Pandya were seen jokingly threatening the camera.

Finally, a clip showed Suryakumar Yadav posing like a soldier in front of the spider-camera and giving a perfect shot.

Talking about the Asia Cup, Team India was out of the race for the final after losing to Pakistan and Sri Lanka in the Super 4 stage. In his last match against Afghanistan, star batsman Virat Kohli impressed everyone with his much-awaited 71st century.

Earlier on Monday, India announced its 15-man squad for the T20 World Cup to be held in Australia in October.