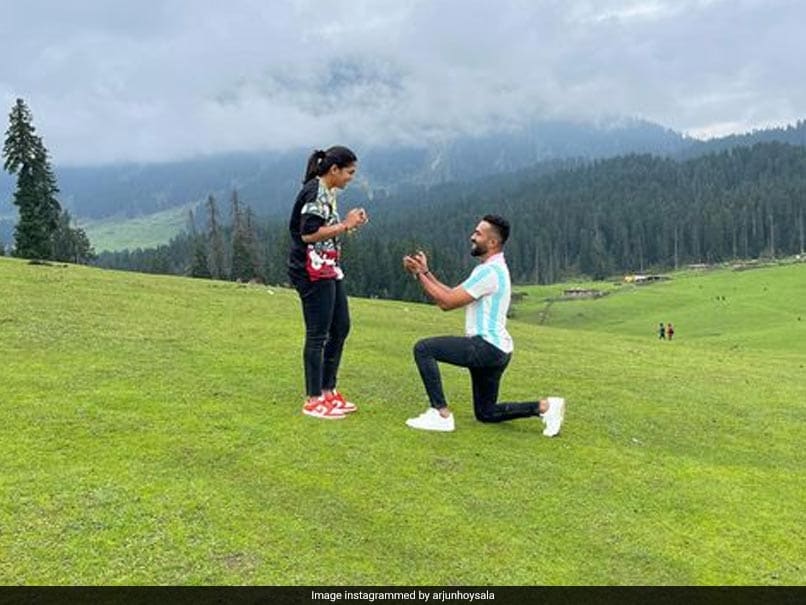 Sunday came as a surprise for Indian cricket fans, as women’s team batsman Veda Krishnamurthy announced her engagement with boyfriend and Karnataka batsman Arjun Hoysala. Taking to Instagram, Arjun posted a picture with Krishnamurthy in the background of a picturesque location where he was seen proposing to her. “And, she said ‘yes’,” he captioned the picture. The post soon went viral on social media as fans and friends couldn’t stop voicing their love for the fellow couple.

“Congratulations brother,” commented veteran seamer Jhulan Goswami, who will play his last international in the ODI series against England on 24 September.

Talking about Veda Krishnamurthy, she has played 48 ODIs for India so far and has scored 829 runs with eight half-centuries. He has played 76 T20Is and scored 875 runs.

As reported by ESPNcricinfo, the 28-year-old said, “Mental strength is important. My eldest sister, Vatsala had a panic attack before she died of COVID.”

“My mother must have panicked too, because the night before she died of the virus, in my home town, Kadur, about 230 km northwest of Bangalore, she learned that everyone else in the family had tested positive, including the children. were involved. I don’t know, but it may have affected her,” he added.

Talking about Arjun, he made his debut in Karnataka Ranji team in December 2016. He has played 10 matches so far in the Karnataka Premier League.