Tennis legend Roger Federer announced his retirement on Thursday in an emotional note. The winner of 20 Grand Slams admitted that his battle with a knee problem had forced him to call time on his historic career. He will play his final match on The Tour in next week’s Laver Cup. The 41-year-old winner of 20 Grand Slam titles has been out of action since a quarter-final loss at Wimbledon in 2021, following which he underwent his third knee surgery in 18 months.

Federer said his body had effectively told him it was time to bring down the curtain. “I have worked hard to return to full competitive form,” he wrote. “But I also know the capabilities and limits of my body, and its message has become clear to me only recently. I’m 41. I’ve played over 1500 matches in 24 years. Tennis has hit me already. far more generously than I could have dreamed of, and now I have to recognize when it’s time to end my competitive career.”

Tributes poured in after Federer’s announcement. 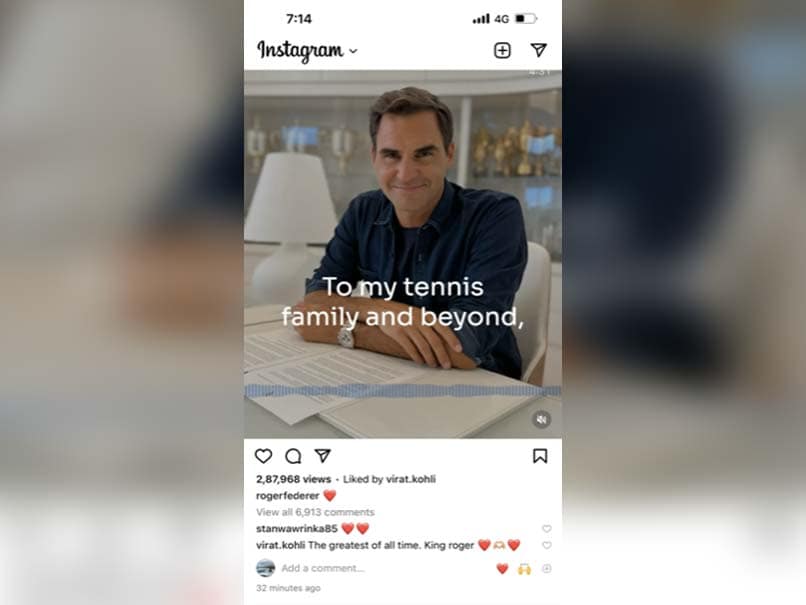 Cheers Roger. Thanks for the shared memories my friend. It was an honor to share time/experience on the holiest ground in our sport. Do not be a stranger….

where do we begin?

It is my privilege to witness your journey and see you become a champion in every sense.

We will miss seeing you grace our courts, but for now all we can say is thank you for the memories and joy you have brought to many. pic.twitter.com/VDWylKvW86

An inspiration on and off the court.