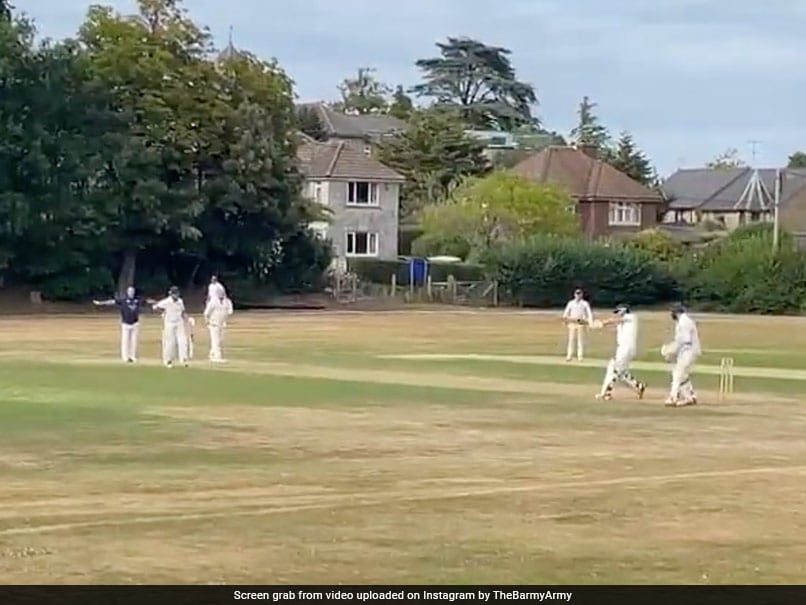 The job of an umpire comes with many challenges. Sometimes, umpires face unnecessary criticism for making a wrong call. However, in the viral video, an umpire can be seen making strange calls during a cricket match in the village. In the viral video, the umpire can be seen calling the wide ball even before the delivery is completed. The bowler bowled a looping ball which pitched down the leg side and the batsman tried to get maximum runs from it. However, he failed to connect with the ball and ended up scuffing it, allowing the wicketkeeper to run back to take an easy catch.

The video has been shared by the Barmy Army of England on its official Twitter handle.

The caption of the video reads, “Umpire already signaled wide…out.”

The incident left the players sitting on the dugout laughing.

After watching this incident, the fans also shared some of their funny takes.

“Did he pull out the pin before throwing that grenade?” One user wrote.

Did he pull the pin before throwing that grenade?

Another user tweeted, “Hard to decide whether that ball even landed on the pitch or just got off, which would have resulted in a no-ball.”

It is difficult to decide whether the ball landed on the pitch or simply off; which (should have) resulted in a no-ball.

“Not so much a celebration by the fielding team, maybe it’s a regular occurrence?!” Another user expressed condolences.

Not so much a celebration by the fielding team, maybe it’s a regular occurrence?!

“That’s why batting can be so frustrating. We’re all trying to hit a rank delivery too hard. Unlucky dude and welcome to the club!” Another user wrote.

We visited IOW. There were many moments of the village but it was captured in the camera. Wide on the side of the big toe. Always get the man. Previous game Hum 16/9 . Were #Cricket, pic.twitter.com/pBImT6zKej