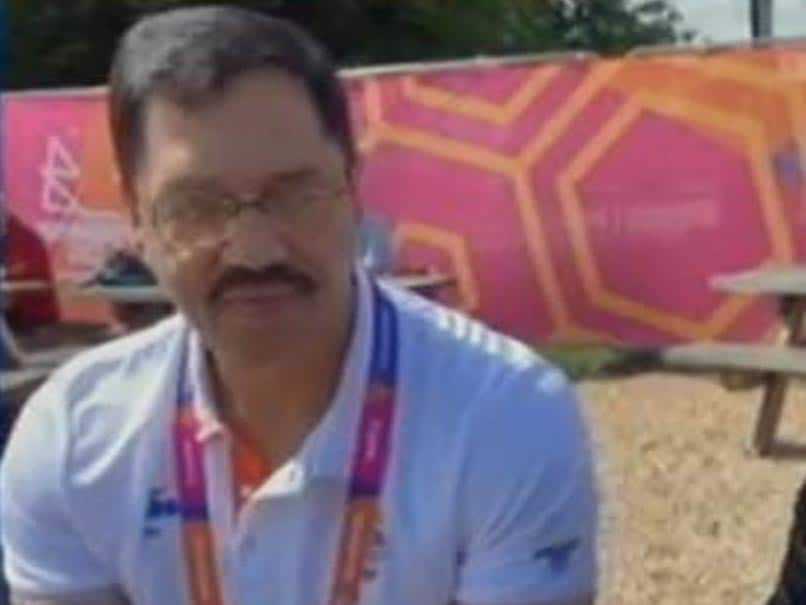 Mirabai Chanu displayed her newly acquired yellow metal from the game at the ringside of the stadium and in the corridors of the NEC after completing the gold medal winning lift at the Birmingham Commonwealth Games. The Manipuri smiled at me with a sweet smile and said pryingly, “It’s time for pizza again”.

Mira didn’t have to go to the restaurants queuing in the courtyard, but fans had already arrived from far and wide with boxes of pizza for the golden girl. The Manipuri girl spent the whole day talking to him and clicking pictures. What about pizza? There were many takers, but not Meera herself.

After winning the silver medal in the Olympics, he told NDTV how much he craves for pizza. Coach sometimes allows a slice of pizza, but not if the source is unknown.

Vijay Sharma has worked hard for 7 years to clear the system from the menace of doping, because he knew it was the biggest thing that could change the game. And so he made his flock of girls and boys into mindful eaters.

The lifters of Meera and Coach Vijay’s team are tired of eating food from unknown sources. But that doesn’t stop them from having a hearty meal with friends and family.

“I want to appeal to all budding athletes to be mindful of what they eat at home and not just in camps. In the camps we can control. But when they go home, trouble starts and our hard work gets washed away,” says Sharma.

Meera talks about how Coach cooks his kids to keep them healthy and dope free.

“Sir cook for us. He regularly cooked for us when we were in America during our Olympic training and still does.

The Dronacharya Award winning coach is also the most successful coach from this edition of the Commonwealth Games. 10 of his 15 lifters have won medals in Birmingham and have produced a slew of star athletes.

“When I joined, there was a lack of protein in the diet of wrestlers. The food at Patiala Mess is much better now. But there are still some things that are falling short.

“I had spoken to the then DG, Injeti Srinivas, to give us a separate room for the lifters to cook food. He gave us a room in Patiala and we started cooking. There the change started. Our coach and The staff help me. We prepare the food because there are two concerns – the right amount of protein in the diet and eliminating doping.”

Lifters have realized that the only way to reach the podium is to stay clean. A sport that was once notorious for being repeatedly banned by the federation, has slowly but surely emerged as a star. Weightlifting is by far the most successful team in this edition of the Games, in the absence of shooting.

And it’s not just Meera, “Jeremy and Achinta have become disciplined in how Meera prepares,” says Koch. Meera’s work ethic has a huge impact on the team.

How did Vijay Sharma streamline this process?

“Initially the NADA and the Federation helped. But our lab was not recognized by WADA during Kovid. The sample had to be sent abroad for examination, it had become very expensive. The number of tests was reduced. Athletes are scared of Nada. Now NADA is once again affiliated and working closely with us. Here 6 dope tests have been done on Indian lifters and all have turned out to be correct.”

While counseling and testing is a part of the process, Vijay Sharma’s way of controlling is very unique. He is perhaps the only high profile coach in India who cooks to keep doping away—a simple solution to a menace that once threatened to consume the sport of weightlifting.