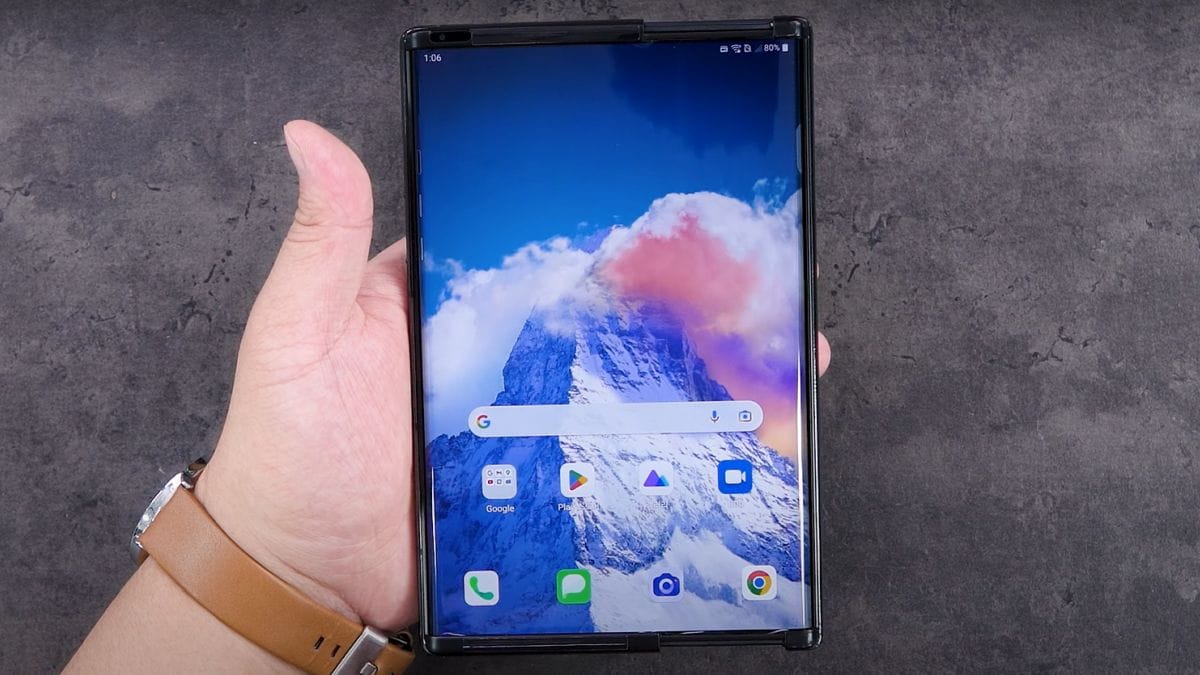 An alleged unboxing video of the LG Rollable phone has been shared online by a Korean YouTuber. The video also throws light on the specifications of the smartphone. The YouTuber shows that the display can be expanded with a simple three-finger swipe. LG first showed off the handset in January 2021 during the CES 2021 press conference. The brand later announced that it was exiting the smartphone market to focus on electric vehicle components, connected devices, smart homes and other growth areas. Almost a year later, an alleged hands-on video of the phone had also surfaced online.

Korean YouTuber, Jeoljit Research Institute has shared an unboxing video of the LG Rollable smartphone. The video shows that the display can be extended with a three-finger swipe. The YouTuber has also shared some key specifications of the phone. According to the video, the LG Rollable’s box slides horizontally, similar to the phone’s expansion mechanism, to reveal the handset. Inside the box, apart from the phone, LG packs a charging adapter, a charging cable, and a few documents.

As per the video, the LG Rollable features a 6.8-inch curved poled display when it’s not in an extended state. With a simple three-finger swipe, the touchscreen expands to offer a 7.4-inch curved poled display. There is another display on the rear panel that shows some widgets, including a clock, calendar and a music player widget. It is said to be powered by the Qualcomm Snapdragon 888 SoC, paired with 12GB of RAM and at least 256GB of inbuilt storage.

The rollable also has a dual rear camera setup with LED flash. According to the video, the handset has a 64-megapixel primary rear camera and a 12-megapixel secondary camera. As per the video, the handset packs a 4,500mAh battery and weighs around 285 grams. In addition, the LG Rollable’s software automatically adjusts the aspect ratio for various applications when the screen is expanded.

On the front, the LG Rollable appears to sport a thick chin at the top and bottom of the display. In the top left corner of the front panel, the phone shows a pill-shaped cutout to house the selfie camera. The YouTuber also mentioned that the handset has a charging port at the bottom. According to the YouTuber, when pressure is applied on the display, it also tilts slightly. The user has to expand the display to access the SIM tray.

To recall, LG first announced the rollable smartphone during the CES press conference in January last year. Later in April 2021, the company reported that it was exiting the smartphone market.

According to LG, the company made the decision to focus its resources on electric vehicle components, connected devices, robotics, artificial intelligence and other development areas. In July this year, a practical video of the LG Rollable surfaced online.