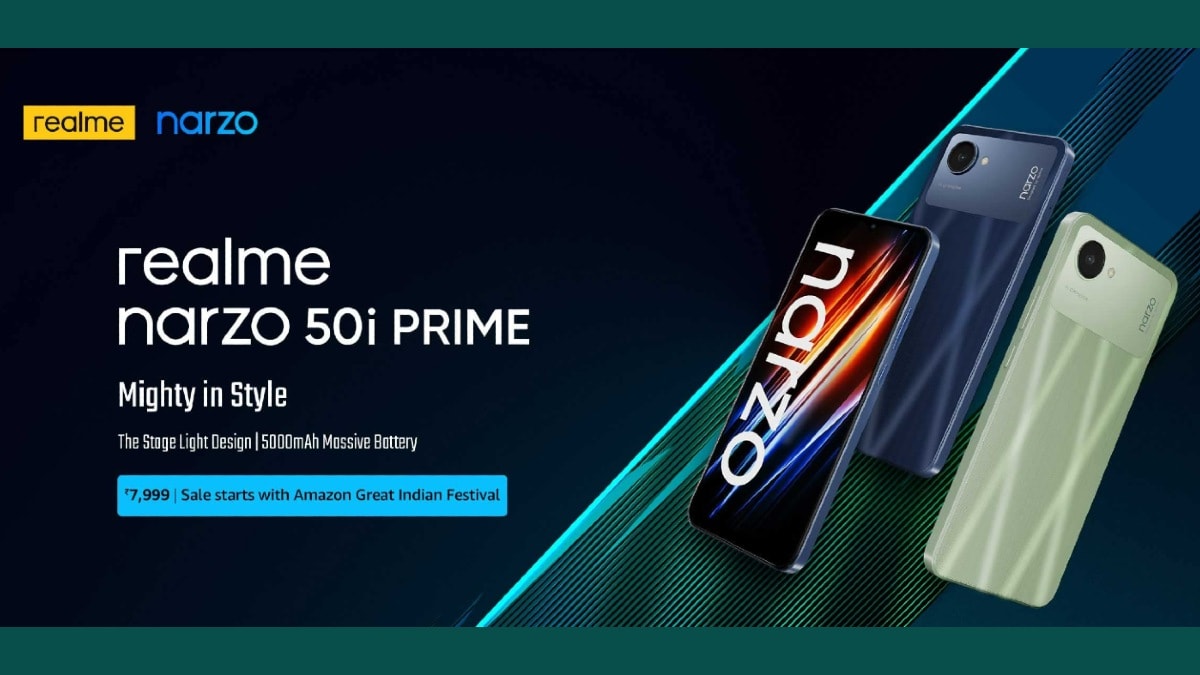 Realme Narzo 50i Prime is available for sale in India for the first time today for Amazon Prime members. The handset will be available for purchase through Amazon for all customers from tomorrow afternoon. Realme Narzo 50i Prime was launched in India on 13 September. It is an entry-level smartphone that comes in two storage configurations and two color options. It has a 6.5-inch display with 400 nits peak brightness and 88.7 percent screen-to-body ratio. It packs a 5,000mAh battery with 10W charging support.

As mentioned earlier, the smartphone will be available for Amazon Prime members starting today, and for the rest of the customers starting tomorrow afternoon. To recall, the Realme Narzo 50i Prime was launched in India on September 13 as an entry-level smartphone.

The Realme Narzo 50i Prime is a dual-SIM smartphone that runs on Android 11-based Realme UI Go Edition. It has a 6.5-inch display with a peak brightness of up to 400 nits and an 88.7 percent screen-to-body ratio. The handset is powered by an octa-core Unisoc T612 SoC, coupled with up to 4GB of RAM and up to 64GB of internal storage. It also gets a stage light design and a rigid texture on the rear panel.

The inbuilt storage of Realme Narzo 50i Prime can be expanded up to 1TB via microSD card. For optics, the handset sports an 8-megapixel single rear camera setup with LED flash. On the front, it houses a 5-megapixel selfie camera, housed inside a waterdrop-style notch. The handset packs a 5,000mAh battery with 10W charging support. The company claims that the battery can provide up to 4 days of audio playback support. According to the company, the phone measures 164 x 76 x 9 mm and weighs around 182 grams.