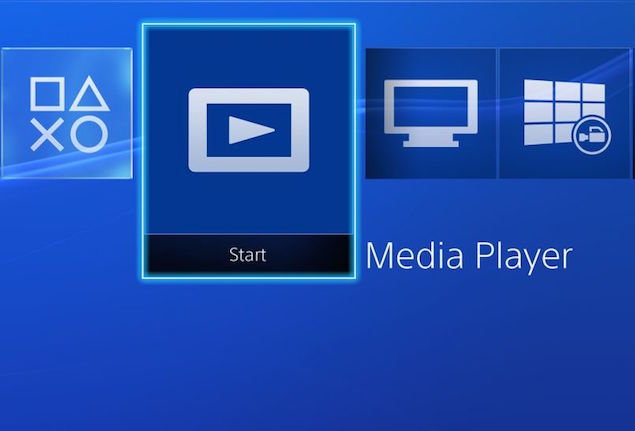 It’s been almost two years since the PlayStation 4 (PS4) was released worldwide. The biggest concern of the people at that time was the lack of media playback. Microsoft’s Xbox One also launched without the same features, but added them quickly, supporting USB playback of popular formats for audio, video, and photos.

Although that has now changed, Sony has released a media player application for the console. It’s a free application that you can download using your PlayStation 4, and you can use it to play videos, music, and photos from a connected USB storage device. The media player can also display media content from DNLA media servers that are on the same network as your PS4 system.

There are only two main steps to use your PS4 as a media center. Here are the steps you need to follow.

1. Switch on your PS4. Make sure you are connected to the Internet.

2. Select media Player In the Home screen or in the Library. Press X.

After the file is downloaded and installed, you can start the media player.

1. Select media Player from home screen. If you have a USB storage device or a DLNA media server on the same network, it will be detected and shown automatically.

2. Select the USB storage device or media server from which you want to play the content. Press X.

3. Select the content you want to play. Press X.

Simply, there are two easy steps and you can listen to your favorite movie or watch your movies using your PS4.

You can continue to listen to music in the background even if you are playing a game. To do this, press the PS button to return to the Home screen, then start a game, browse the web, or run any other application normally. Your music will continue to play.

If you hold down the PS button for at least one second, you can pause playback, adjust volume, or change screen settings. As you would expect, background music is not allowed while watching video clips or broadcasts. When recording this story, the PS4 media player supports the following formats:

If you are using a USB storage device, you will need to save your files in a folder so that they are recognized by the system.

photos
If you are using a USB storage device, you will need to save your files in a folder so that they are recognized by the system.

music
If you’re using a USB storage device, you’ll need to save your files in a folder named “music” so that they can be recognized by the system.