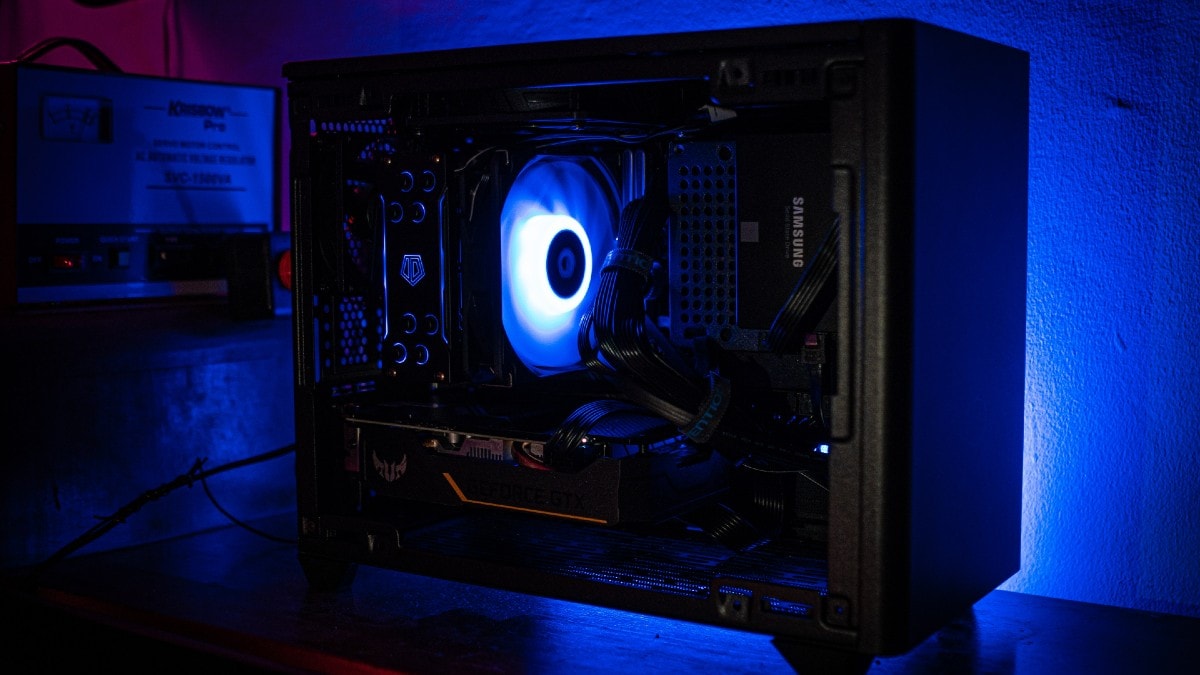 Gaming cabinets offer attractive aesthetics and a premium build. If you’re looking for one, here are some of the most popular gaming cabinets you can check out.

The Ant Esports ICE-120AG is a mid-tower gaming cabinet that supports ATX, Micro-ATX and Mini-ITX motherboards. The company says it comes with a pre-installed 120mm rear fan, and offers support for up to eight 120mm fans. In addition, the cabinet is said to support the liquid cooler.

The Ant Esports ICE-511MT features a sliding tempered glass panel that allows you to showcase your creation. The company says it also has a mesh front panel for larger air intake, and added ventilation on the top panel for efficient air flow. This mid-tower gaming cabinet supports EATX, ATX, Micro-ATX, and Mini-ITX motherboards.

The Corsair Carbide Spec-05 sports a minimalist exterior with an edge-to-edge tinted glass panel. The gaming cabinet has room for five 120mm fans, with one pre-installed on the front panel. Plus, it has easily removable dust filters to keep the cabinet clean.

The Corsair Carbide Spec-05 mounts up to three HDDs and two SSDs.

The Zebronics Zeb-Chronus Mid-Tower Gaming Cabinet is compatible with ATX and Micro-ATX motherboards. It sports tempered-glass front and side panels. This cabinet comes with three 120mm Rainbow LED double-ring fans at the front and one at the rear. Plus, it has room for one HDD and two SSDs.

The Zebronics Zeb-Cronus features a PSU mount on top for optimum air flow and better cooling.

The Antec NX210 includes four ARGB LED fans with support for up to 240 mm liquid cooler at the front. This mid-tower gaming case has a tempered glass front and side panels to showcase your gaming build.

The Antec NX210 comes with an I/O panel on top along with a USB 3.0 port, LED control buttons and more.

The Chiptronex HX2000 comes with three ARGB LED fans and ARGB LED strips on the front panel that can be controlled using the LED control buttons on the cabinet. This mid-tower gaming cabinet supports ATX, Micro-ATX and Mini-ITX motherboards. In addition, it has an edge-to-edge tempered glass side panel.

The Cooler Master Masterbox TD500 can support 410 mm long graphic cards and a 165 mm CPU cooler, the company says. It is also said to be capable of having two 360mm radiators on the top and front panels. In addition, its polygonal mesh on the front panel is said to provide high air flow and dust filtration.

The Corsair Carbide Spec-Delta is a mid-tower gaming cabinet with mesh on the front panel for high airflow. It comes with three customizable RGB LED fans. Plus, the cabinets have dust filters on the front, floor, and roof to keep your system clean.

The Corsair Carbide spec-delta is said to support 120mm, 240mm and 360mm radiators.