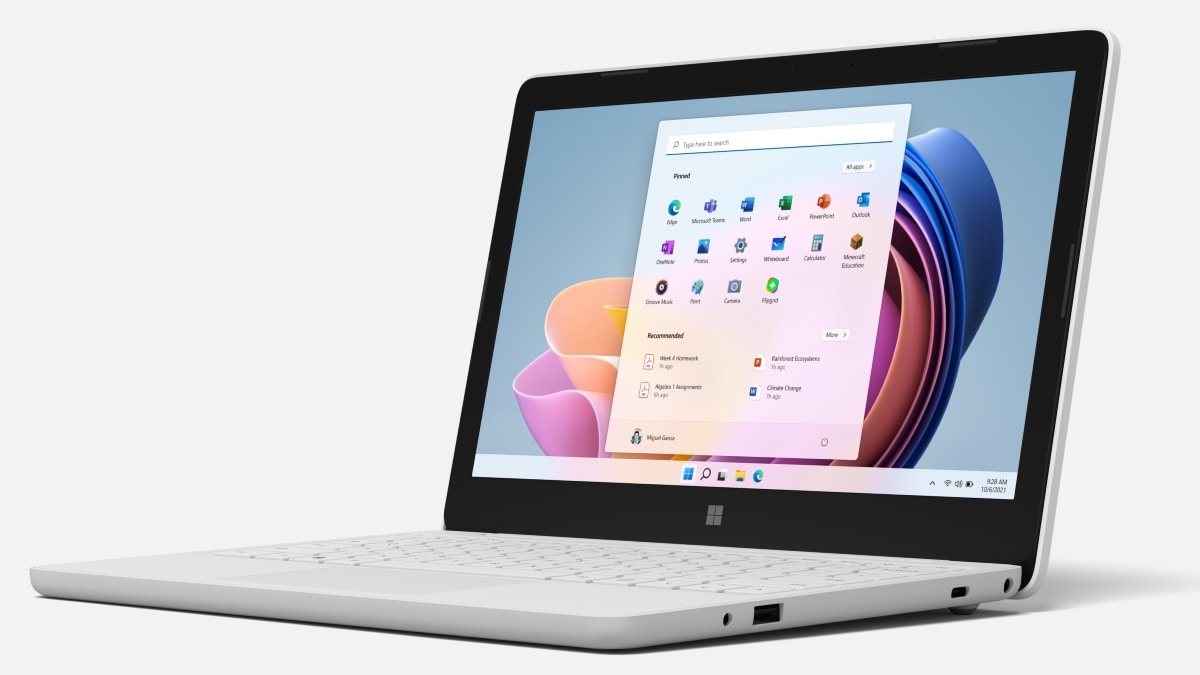 Windows 11 SE has been released as Microsoft’s latest attempt to take on Google’s Chrome OS. The new Windows operating system is intended for entry-level laptops – targeted at students and teachers. It is also optimized for Microsoft apps including the Office suite and the Edge browser. However, users can also get third-party apps including Zoom and Chrome. Along with Windows 11 SE, Microsoft has launched Surface Laptop SE as its answer to Chrome OS-based Chromebooks. This new machine runs on Windows 11 SE out-of-the-box and is specially designed for school students.

Microsoft has brought Windows 11 SE as a stripped down version To work on Windows 11 entry level devices. It is said to bring a “distraction-free” environment for the students, where they are not allowed to install any third-party applications on their own. Windows 11 SE also doesn’t include the Microsoft Store for downloading any new apps. Still, IT administrators may choose to have some third-party applications. Chrome and Zoom are among the early apps available for Windows 11 SE, though Microsoft has yet to give details of all its supported apps.

Aside from the lack of the Microsoft Store, Windows 11 SE does not have the Snap Layout interface that is available on the regular Windows 11 release. The Widgets section is also missing on the newer Windows version.

Microsoft says it designed Windows 11 SE after taking feedback from teachers and school IT administrators. This means that the new operating system may not be useful for all use cases.

IT administrators can control the experience on Windows 11 SE by using the cloud-based mobile device management service Intune for Education or Intune. The operating system also comes preloaded with Microsoft Edge to let users access web-based apps and websites.

Microsoft Office apps including Word, PowerPoint, Excel, OneNote, and OneDrive are also available for offline use on Windows 11 SE devices. In addition, Microsoft has promised to expand third-party app support on the new platform over time, with apps coming from categories such as general test taking, accessibility, content filtering, classroom orchestration.

On the part of its interface, Windows 11 SE gives a similar look and feel that you get on Windows 11. There’s a centrally aligned Start Menu button and refreshed taskbar. The operating system is also claimed to help deliver better battery life by using less hardware resources.

Windows 11 SE is not available for all device configurations and is only available for machines with 4GB or 8GB of RAM and 64GB or 128GB of storage. description Available on the FAQ page. Users who are on Windows 11 SE are not provided with a native way to switch to standard Windows 11 or Windows 10. Although IT administrators can install the Windows operating system on a Windows 11 SE device, in this case the device will no longer be able to revert to Windows 11 SE.

Importantly, Windows 11 SE is not the first attempt by Microsoft to take on Chrome OS as it has taken similar steps in the past. The most recent was the launch of Windows 10 S in 2017 which later switched to S Mode on regular Windows 10. However, the Redmond company is yet to attract a large number of students and teachers to opt for it. Solution on Chrome OS.

Surface Laptop SE Price will start At $249 (about Rs 18,500) for the base 4GB RAM + 64GB storage configuration. The laptop also comes in 8GB RAM + 128GB storage variant which costs $329 (approximately Rs. 24,400). reports The verge. Both options will be available through education channels in the US, UK, Canada and Japan in early 2022.

In addition to the Surface Laptop SE, PC makers including Acer, ASUS, Dell, Dynabook, Fujitsu, HP, JP-iK, Lenovo and Positivo are bringing their Windows 11 SE models later this year and in 2022.

Connectivity-wise, the Surface Laptop SE has a USB-A port along with a USB Type-C port and a 3.5mm headphone jack. The laptop also has stereo speakers and is rated to deliver up to 16 hours of battery life on a single charge.