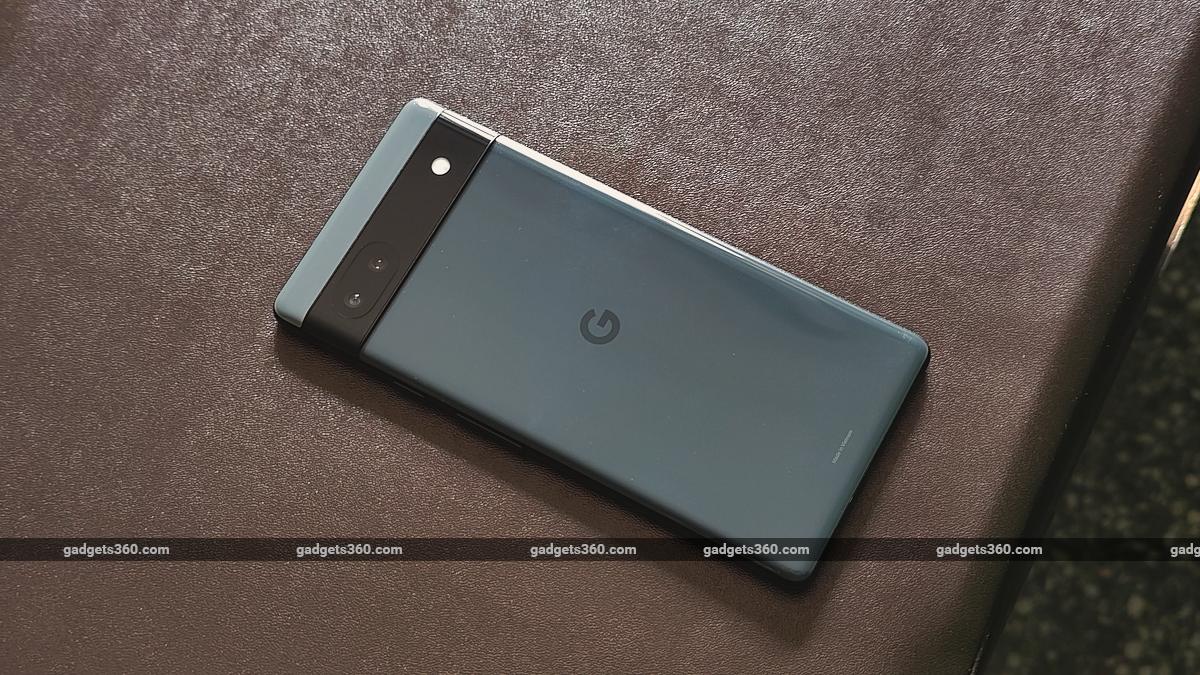 Google’s Pixel line of smartphones never really took off in India. Before the recently launched Pixel 6a, the last smartphone to reach India was back in 2020, which was the budget Pixel 4a. Prior to this, the previous devices were the Pixel 3 and Pixel 3XL, which were launched in India in 2018. ,

Google has now decided to bring its Pixel 6a, which is the successor to the Pixel 5a 5G, in India. Compared to the humble Pixel 4a (Review), the Pixel 6a is a huge leap forward. There are new features, a lot more power from a flagship-grade processor, and a bigger battery. Its design looks like it belongs to the more premium Pixel 6 and 6 Pro family.

What is worrying though is that it is priced in India with some odd hardware options (display, RAM, and more) that don’t really fit into the premium mid-range segment here. I’ve used the phone for several weeks and even made it through the milestone Android 13 update, and here’s what I think about it.

Google Pixel 6a Price in India

The first thing that strikes your attention about the Pixel 6a is its price, which is Rs. 43,999 for the 6GB RAM and 128GB storage variant alone. This is a big jump from the Pixel 4a (Rs 31,999), which was a mid-range device when it was launched. Thankfully, the Pixel 6a’s design has improved. It doesn’t look as basic as the Pixel 4a did, and is also available in India in two finishes – chalk and charcoal. Unfortunately, Sage (Green) color is not available here.

The body of Google Pixel 6a is not as premium as that of Pixel 6 or Pixel 6 Pro, but it still has good build quality and IP67 rating which is good for a smartphone in this price segment in India. The display glass is Corning Gorilla Glass 3 while the rear panel is made of plastic, with an aluminum alloy frame holding it all together.

While the Google Pixel 6a’s display remained smudge-free during the review period, the rear panel was a smudge and dust magnet and also susceptible to scratches. The raised camera module is, thankfully, a glass lens covering the two rear cameras, but the rest of the strip, which is also plastic, is prone to fingerprints. While the raised camera strip looks cool, the dust that keeps collecting on the top and bottom of it is really annoying and hard to clean. Actually, this phone is best used with a case.

The display has a hole-punch cutout and the phone has pretty thin bezels, except for the bottom edge which is quite thick. Despite being a blurry mess when using it, I liked the in-hand feel of the Google Pixel 6a because it’s small and light (178g) large enough for one-handed use. Those upgrading from the Pixel 4a may find it a bit big and bulky, but I think this larger display is a welcome change.

Google Pixel 6a Specifications and Software

The Pixel 6a has the same Tensor processor that is found in Google’s premium Pixel 6 and 6 Pro handsets. This SoC is designed by Google and has a maximum clock speed of 2.8GHz. It also has Google’s Titan M2 security co-processor. Unlike most smartphones in this segment that offer multiple RAM options, the Pixel 6a only has 6GB of RAM, and storage is also limited to 128GB with no room for expansion.

Communication standards include support for Wi-Fi 6, Bluetooth 5.2, NFC and general satellite navigation systems. The phone is powered by a 4400mAh battery and can charge at up to 18W, but it doesn’t ship with a charger in the box. The Pixel 6a doesn’t have a 3.5mm headphone jack, compared to the Pixel 4a. Thankfully, the phone retained the stereo speakers that sounded fine and balanced but were far from the best in class.

I used a Google Pixel 6a with both Android 12 and Android 13. The Android 12 experience was a stuttery mess with random bugs that you wouldn’t expect on a premium smartphone, least of all Google smartphones. The Android 13 update brought some new features to the Pixel 6a, but overall, felt more refined and stable than the 12.

Google Pixel 6a has already received its Android 13 update

Android 13 on the Google Pixel 6a introduces some nice cosmetic additions, such as a new media player with a cleaner layout, theme icons that now extend to third-party apps, and plenty to choose from when theming your device. All color options. In terms of security, all apps will now have to request permissions before a notification can be posted, and access to photos can now be limited to certain photos rather than providing access to the entire Photos app. Android 13 also adds the ability to assign a specific language to a specific app, which is especially handy for users in India.

As you go about daily tasks, the new clipboard feature has a nice visual representation of what’s being copied and what’s saved to the phone’s memory. Simply select and copy the text and the same appears in the preview as a small block in the lower left corner of your display. Tapping on it lets you edit the text before copying it to another app, which is nice. The same applies to images, where the copied images can be edited in markup before being shared elsewhere.

Google claims that its Pixel smartphones will continue to receive updates for at least five years from the time the device first became available. Google has promised to guarantee Android software updates by July 2025 and security updates by July 2027, which is good.

The Google Pixel 6a’s display produced saturated colors when used with the default adaptive setting, but this was significantly reduced with the natural color setting. With full-HD+ resolution, the display looked sharp with text and images and I had no problem viewing it outside in direct sunlight. The 6.1-inch OLED panel also supports HDR10+ and did a good job of showing it off while watching supported content. Unfortunately, it’s only 60Hz which is a major drawback for a premium mid-range Android smartphone.

In terms of overall smoothness, the software performance has improved significantly after the Android 13 update. Multitasking was also not a problem with 6GB of RAM. Still, the software didn’t feel quite as fluid compared to the experience you’ll find on other similarly priced smartphones, thanks to their high-refresh rate displays.

When we first received the phone back in July, there was a major security bug in the fingerprint sensor on the Google Pixel 6a. We were able to unlock the phone even with the unregistered finger. This was later fixed with a software update. I had some trouble unlocking the phone after Android 13 was installed, but re-registering my fingerprints solved the problem. However, it was not always reliable as it refused to unlock multiple times despite repeated attempts, forcing me to enter the security pin.

The Google Pixel 6a scored 7,07,603 in AnTuTu as well as 1,047 and 2,923 in Geekbench’s single and multi-core tests, respectively. In terms of graphics performance, the phone managed 60fps and 52fps in GFXBench’s T-Rex and Car Chase tests. These results are on par with most premium smartphones that will compete with the Pixel 6a, including the Xiaomi 11T Pro, which performed better in graphics benchmarks.

While synthetic benchmarks painted a pretty picture, the Google Pixel 6a took a hit with real-world gaming performance. Call of Duty: Mobile worked best on high graphics and high framerate settings. After playing the game for about 15 minutes on very high settings, performance was affected, after which the game started lagging and stuttering. The Pixel 6a fared better with more casual games. The phone did not overheat while playing, but did get quite hot while recording outdoor videos. Serious gamers should avoid this.

The Google Pixel 6a lasted 13 hours and 12 minutes in our HD Video Loop battery test, which was a little less than what I expected considering its standard 60Hz refresh rate display. I managed to get about a day of battery life with heavy usage that included about an hour of gaming and about 30 minutes of camera use.

I got about a day and a half of battery life by avoiding gaming or camera use. It looked great for a casual user but not for power users. Since the phone doesn’t come with a charger, I plugged it into a 61W USB PD charger, which took an hour and 50 minutes to fully charge the phone. This was significantly slower than devices like the Realme GT Neo 3 (150W) and the OnePlus 10R 5G Endurance Edition, which support 150W charging.

Google Pixel 6a packs in a modest camera setup compared to other smartphones in this segment. There’s a 12.2-megapixel primary camera (with OIS) and a 12-megapixel ultra-wide-angle camera at the back and an 8-megapixel front-facing camera. The camera interface is similar to what we’ve seen on previous Pixel smartphones, with the quick settings hidden beneath the gear icon.

Thanks to the Tensor processor, we have software features like the Magic Eraser tool that lets users erase or hide unwanted objects in an image. The results aren’t perfect, but this feature comes in handy when you really need to clean up that perfect Instagram-worthy shot.

Photos captured in daylight were sharp and clear with good dynamic range and the usual contrast-heavy looks that Google’s Pixel smartphones are known to deliver. I loved that I could adjust a photo’s white balance and exposure using the sliders in the viewfinder before taking a shot, but these only appeared when I tapped the screen to focus.

Google’s decision to go with a tried-and-tested sensor (the primary camera comes from the Pixel 3), along with its heavy machine learning optimizations, manages to capture a lot of detail. This applies to both the primary and ultra-wide-angle cameras. The ultra-wide camera was definitely one of the more useful ones I’ve seen on a smartphone at this price point and captured quality images with good dynamic range in all kinds of lighting conditions.

Selfies come out sharp and clear in daylight but appear a bit soft and with less detail in low light. Edge detection was spot on in portrait mode and so was dynamic range.

43,999, Google’s Pixel 6a definitely works for casual users and mobile photography enthusiasts. Google’s gamble of going with high-end processors but cutting corners in some areas like design, display and system memory seems to have paid off.

There is also the Google Pixel 6 which is currently available Unofficially (without warranty) approx Rs. 43,500 and is definitely a better value than the 6a, thanks to a 90Hz display, IP68 rating, 8GB of RAM, a 50-megapixel primary camera, and a bigger battery with wireless charging.

The Google Pixel 6a isn’t an all-rounder by any means, but it’s still a pretty unique offering that should appeal to buyers who want good camera performance and timely software updates above everything else.