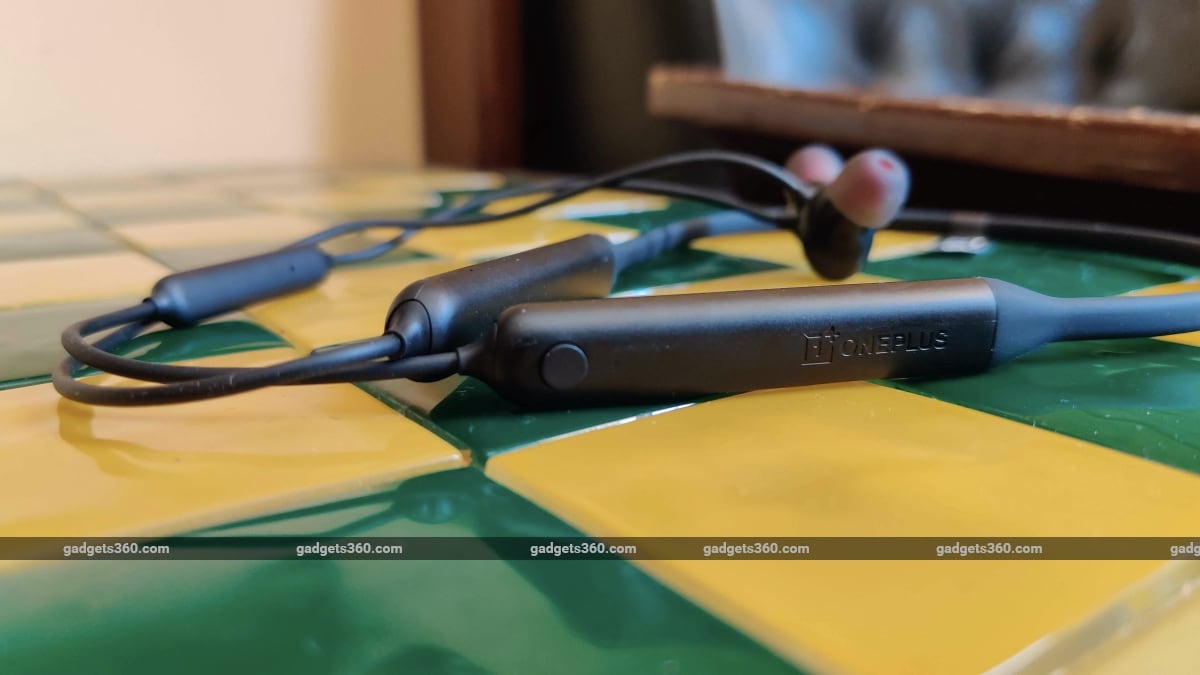 While the OnePlus 8 is fresh and exciting in the minds of fans of the company, another product from its audio division has been creating its buzz of late. OnePlus’ third pair of wireless earphones, the OnePlus Bullets Wireless Z, was launched in May 2020. Interestingly, like the low-cost OnePlus Z, these new earphones are the most affordable yet from OnePlus. Priced at Rs 1,999, the OnePlus Bullets Wireless Z should have wide appeal, promising quality at a reasonable price.

Familiar Design and Features on the OnePlus Bullets Wireless Z

There’s no fundamentally different design on the OnePlus Bullets Wireless Z; The headset looks similar to the OnePlus Bullets Wireless 2 that was launched in 2019. The earphones and neckband look similar with the same buttons, but small changes in the color of the accents, as well as on the new OnePlus logo. The neckband shows that this is actually the new ‘Z’ headset.

One controversial feature on the earphones makes a comeback – the magnetic power switch. The earphones turn on and off depending on whether the two earbuds are magnetically attached to each other. This is something we used to have trouble with with earlier Bullets Wireless models, as the earbuds would often break apart in storage. This turned the device on and connected to a paired smartphone, overriding the phone’s earpiece and mic, and draining its battery. OnePlus hasn’t done much to improve it, and the magnetic switch is still pretty crash-prone.

The low price has some bearing on the specifications of the OnePlus Bullets Wireless Z. Most notable of these is that the headset has a single dynamic driver in each earpiece, and doesn’t even support the aptX Bluetooth codec; There is only SBC and AAC support on the Bullets Wireless Z. The earphones use Bluetooth 5 standard for connectivity.

The useful features that have been retained such as USB Type-C port for charging, better battery life and fast charging are all impressive for Rs. 1,999 wireless headset. We were able to fully charge the earphones in just 20 minutes, and got around 20 hours of mixed use per charge during our review period. There are a few other useful features, including dust and water resistance with an IP55 rating, and a low-latency mode for gaming (which only works on OnePlus smartphones with Fnatic mode activated).

Another very useful feature is the Quick Switch, which lets you pair two devices with the earphone, and quickly switch between them by double tapping the Quick Switch/Pairing button on the neckband. It worked great for us, and we used it to multitask between laptop and smartphone quickly and effectively. There isn’t simultaneous multi-device connectivity, but in our opinion, it’s a more efficient way to quickly switch between multiple source devices.

Each earbud has a driver

With the price duly considered, the OnePlus Bullets Wireless Z offers exactly that when it comes to sound quality. Although the insight and detail we experienced on the original Bullets Wireless wasn’t quite due to the lack of aptX support, the sound still had a lot of drive and attack.

Using the OnePlus 7T Pro (Review) allowed us to activate the Dolby Atmos setting for the earphones, which gave a bit of depth to the sound and made a slight difference in voice quality when watching videos. With Dolby Atmos turned off, the Bullets Wireless Z sounded a bit louder and more musical. However, this feature cannot be used with non-OnePlus smartphones.

Listening to Inside My Head by Ritten, we liked how crisp and to-the-point the sound was, and the bass had some character, despite not being as pronounced as the original Bullet Wireless earphones. Some background details could be heard clearly enough, but the busy nature of the track meant that the weakest elements of the track felt distant and monotonous. The highs are present, but definitely lacking in the crispness and definition we’ve heard from the OnePlus Wireless earphones before.

The experience was a little different when listening to the FLAC version of Michael Jackson’s You Rock My World. Higher quality audio tracks brought more detail and a bit more attack and thump to the sound, but the limitations of the AAC codec were clear here. The sound wasn’t as detailed as we’d have liked, and certainly felt close to what we’d expect from other products in the price segment, while the OnePlus Bullets Wireless and Bullets Wireless 2 were breakout products. These are budget bullets, and the sound quality is reasonable for the price, but not exceptional.

Lastly, we used the OnePlus Bullets Wireless as a hands-free headset for calls. The sound quality was quite good, but we did face some issues, even with good reception being heard by the caller. The low-latency mode is functional with very little loss in sound quality when used with Fnatic mode on supported OnePlus smartphones, but there was still some delay in the sound while playing games.

OnePlus’ approach with the Bullets Wireless Z is interesting, and indicates what we can expect from the electronics maker with its smartphones and televisions in the coming weeks – more affordable options. The OnePlus Bullets Wireless Z is exactly the same as it is for the company’s audio product range.

This headset looks and feels like the excellent Bullets Wireless 2. Features like USB Type-C port, fast charging, very good battery life and quick switch are impressive. 1,999 price. When it comes to sound quality, OnePlus hasn’t crossed any limits with the Bullets Wireless Z; You get what you expect from these earphones. However, the overall package is still good enough that it can be called our new favorite wireless headset, priced under Rs. 2,000, giving some strong competition to other capable options such as the Realme Buds Wireless and Mi Neckband Bluetooth earphones.