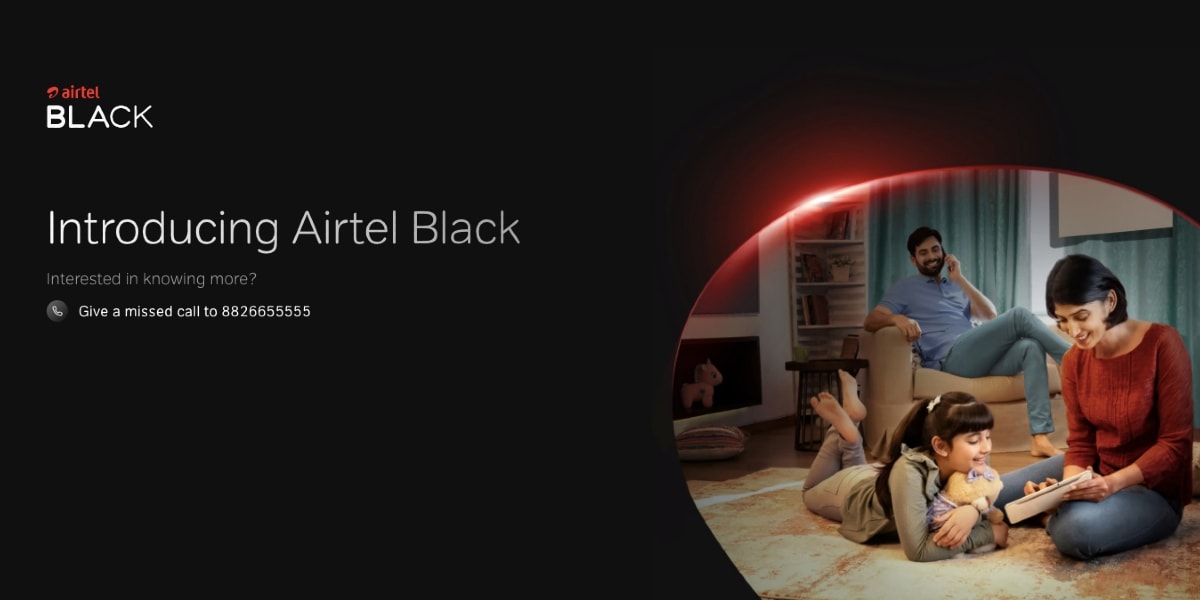 Airtel Black was launched in a virtual conference on Friday by the New Delhi-based telecom operator as a new program to enable its customers to combine postpaid, direct-to-home (DTH) and fiber services under a single bill. be allowed. The telco will allow users to bundle their two or more services together to avail features such as a single customer service number and priority service solution through a dedicated relationship team. Customers will have the ability to either build their own Airtel Black plan by choosing any two or more services offered from the operator or choose a pre-structured Airtel Black fixed plan, starting at Rs. 998.

If you don’t want to go with fixed plans, Airtel allows you to create your own Airtel Black plan by bundling any two or more of its services. However, this program does not apply to Airtel prepaid connections.

Customers going for Airtel Black program are entitled to get single billing which will be convenient as there will no longer be multiple bill payment dates. The telco also promises to provide a priority service that will connect you with a customer service representative within 60 seconds of calling you. In addition, Airtel Black users claim that they have no TV service disconnection, priority resolution of complaints, and free service visits.

Customers can avail Airtel Black fixed plan or bundle any two or more of their Airtel services under the new program by giving a missed call to 8826655555. Airtel will also allow changes directly through the Airtel Thanks app. Also, customers can visit their nearest Airtel store to avail the Airtel Black program.

Some references regarding Airtel Black surfaced earlier this week. Its microsite also came out with details of specific plans.

The overall experience that Airtel is offering through Airtel Black is very similar to what users were earlier getting through One Airtel service, which started as a new version of Airtel Home. However, there are changes in the rental part as they are now more expensive for the customers.

However, Airtel said during its conference call that One was available as Airtel Beta and could not be compared with Airtel Black. It has also been said that existing Airtel One customers will be migrated to Airtel Black.

“So our beta is now closed, we are highlighting our actual launch,” Shashwat Sharma, Director (Marketing and Communications), Bharti Airtel told reporters. “And hence, all customers will be migrated to Airtel Black. But due to the custom plan, there may be a change in the tariff of the customers.

Airtel is aiming to increase its Average Revenue Per User (ARPU) with new launches. However, this is not the first time the telco has planned to offer a separate offering for a certain set of customers. It last year brought a Platinum service for its postpaid users that was promised a faster experience with priority service. However, the suspension was imposed by the Telecom Regulatory Authority of India (TRAI) specifically for giving preferential treatment to certain subscribers.

When asked whether the Airtel Black program has got approval from the regulator, the telco said it will comply with the TRAI guidelines.

August 18, 2022
Airtel ties up with Qualcomm for 5G services in India