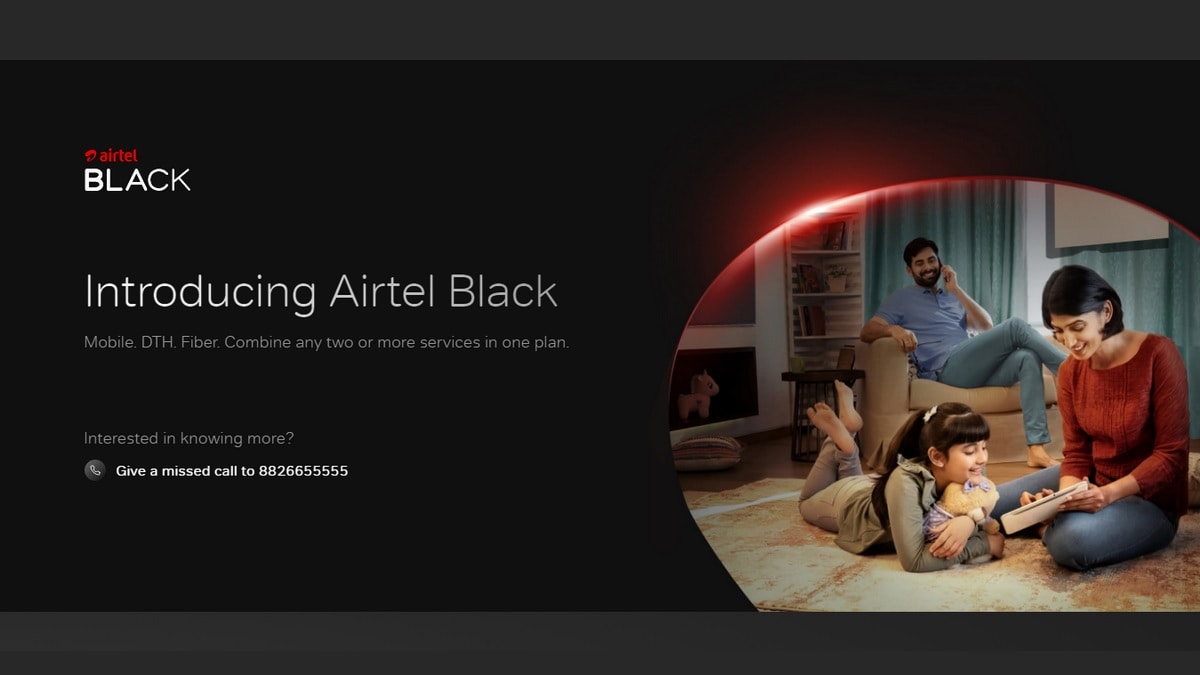 Airtel Black is a new offer for customers combining postpaid, DTH and fiber connections into a single bill. At first glance, it looks a lot like the company’s existing One Airtel service. The telco has created a microsite for Airtel Black, and it offers customers the same benefits as an Airtel one, including a bill, a customer care number, free service visits, and much more. The One Airtel page may be taken down on July 2, though Airtel is expected to share details about the Airtel Black in a press briefing tomorrow.

Airtel is one of the largest telecom operators in India and it provides mobile connections, DTH connections and broadband connections. Back in June of 2018, it launched a service called Airtel Home, which allowed customers to bundle multiple Airtel relationships into a single account to make their recharges more convenient, with a unified interface on the app. Then last year, the service was revamped as One Airtel. Although this is yet to be confirmed, it seems that it is being re-branded airtel black, It is not clear whether there will be any other changes in this mobile recharge plan of Airtel.

Terms and conditions State That the Airtel Black plan has been modified and the customers cannot avail the offer based on the old terms. But their existing plan charges will continue till they opt for changes or benefits under the new Airtel Black offerings.

Airtel Black, like One Airtel, allows you to combine any two or more services in one plan to generate a single bill to make it easier for the user. It comes with benefits like a dedicated relationship team, priority resolution of issues, call response in 60 seconds, and free service center visits. Additionally, Airtel Black members have no switching and installation costs, get free Airtel Xstream Box, and can avail Buy Now Pay Later service on Airtel Shop.

While the Airtel Black webpage has a Join Now button, clicking on it does nothing to suggest that the company is still making changes to the new plan. This is likely to change after Airtel’s press conference on Friday.