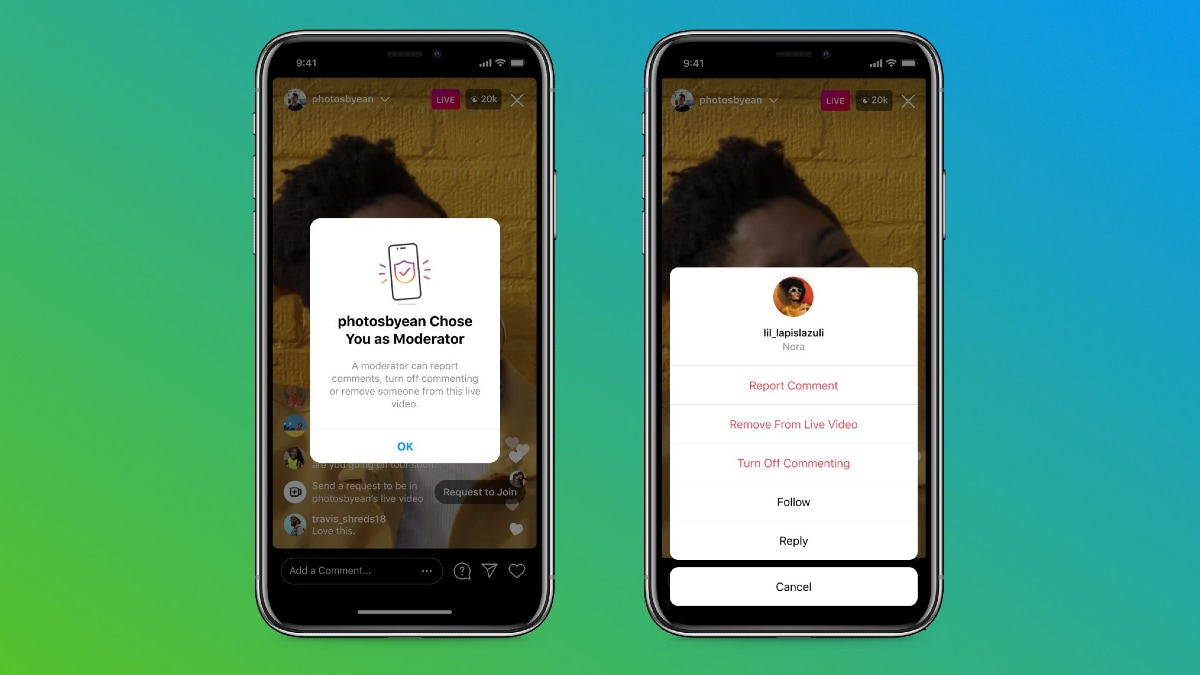 Instagram is rolling out a new feature that allows users to add moderators to live videos. With the much-anticipated functionality, creators can appoint a moderator during their stream. An Instagram live stream moderator will be able to report comments and remove viewers from live. They can also turn off comments for the audience. Previously, only the user who started Live on the social network could manage it.

Instagram announced Total Launched a new live moderator feature via Twitter. The latest option will enable users to assign a moderator within a stream. Creators can add moderators during the live stream by tapping on the three dots in the comment bar. These moderators can be selected from a list of suggested accounts or by searching for a particular account in the search bar. As mentioned, selected moderators will be able to help the live host manage the comments. The moderator can report and remove comments and viewers from the stream.

Instagram has been testing this feature since November last year. Earlier, a well-known developer suggested that Instagram is working on a feature that allows creators to add moderators while doing live videos. The photo-sharing platform owned by Meta (formerly Facebook) has recently added a slew of new features focusing on video. Last month, Meta launched Reels on the company’s Facebook app in more than 150 countries.