Debt-ridden Vodafone Idea expects 5G to be priced at a premium with more data as compared to 4G services at present, a top company official said on Thursday. Vodafone Idea (VIL) Managing Director and Chief Executive Officer Ravinder Takkar said during an earnings call that the company has spent a significant amount in acquiring spectrum in the recently held auctions, including the need to charge premium for 5G services. the wanted.

It expects the overall tariff for mobile phone services to increase by the end of this year.

“Given the fact that a lot of money has been spent on spectrum, we believe that 5G should be priced at a premium to 4G. You can price it at a premium, but of course within that premium you have such There could be situations where given the extra bandwidth you get in a 5G, the number of gigabytes you get is higher because you’re potentially consuming more.”

He added that the growth in data consumption on 5G networks will depend on the use cases developed and adopted by the consumers.

The fresh spectrum bid adds an annual installment liability of Rs. 1,680 crore on the company.

VIL has narrowed its consolidated loss marginally to Rs. 7,296.7 crore for the June quarter, compared to the year-ago period, as the tariff hike boosted its realisations. Telco’s loss stood at Rs. 7,319.1 crore in the year-ago quarter.

VIL’s revenue from operations increased to around Rs. 10,410 crore in the quarter ended June 30, 2022, an improvement of about 14 per cent from the year-ago period.

Its average revenue per user or ARPU – a key watchdog for telecom players – stood at Rs. 128 per subscriber as compared to Rs. 104 in Q1 FY22. This represents an improvement of 23.4 per cent year-on-year, helped by the tariff hike.

“Just to summarize, on 4G pricing, I think there’s certainly an opportunity based on the value that’s been consistently provided to consumers and how the first few price increases have been seamlessly absorbed, I think. Looks like there is an opportunity to do it soon,” Takar said.

He also said that investments in the company’s network have been affected due to liquidity issues.

The debt-ridden firm said the fundraising exercise has gained positive momentum with the recent investments by promoters in the company.

At the end of April-June 2022 quarter, VIL’s total gross debt (excluding lease liabilities and including interest accrued but not outstanding) stood at Rs. 1,99,080 crore including deferred spectrum payment obligations. AGR liabilities of Rs 1,16,600 crore. 67,270 crores which are due to the government, and loans from banks and financial institutions of Rs. 15,200 crores.

Mundra said the company has repaid a lot of bank loans and the Department of Telecommunications (DoT) has returned the bank guarantee of Rs. 17,000 crores.

“We are engaged with the bank that our exposure has been reduced. Look at our external debt and EBITDA, we are in a very comfortable position. There is a very long moratorium to service the government debt. Banks understand this and our Based on discussions with them, we should be able to take this to a conclusion in the near future. We will mainly take fresh debt for investment,” he said.

Talking about converting interest into equity allocation to the government, Moondra said the company has confirmed an amount of Rs. 16,130 crore to DoT and is awaiting final confirmation from the department in this regard.

The government is expected to get around 33 per cent stake in VIL once the interest is confirmed to be converted into equity.

August 15, 2022
How to recharge mobile via UPI through Amazon app 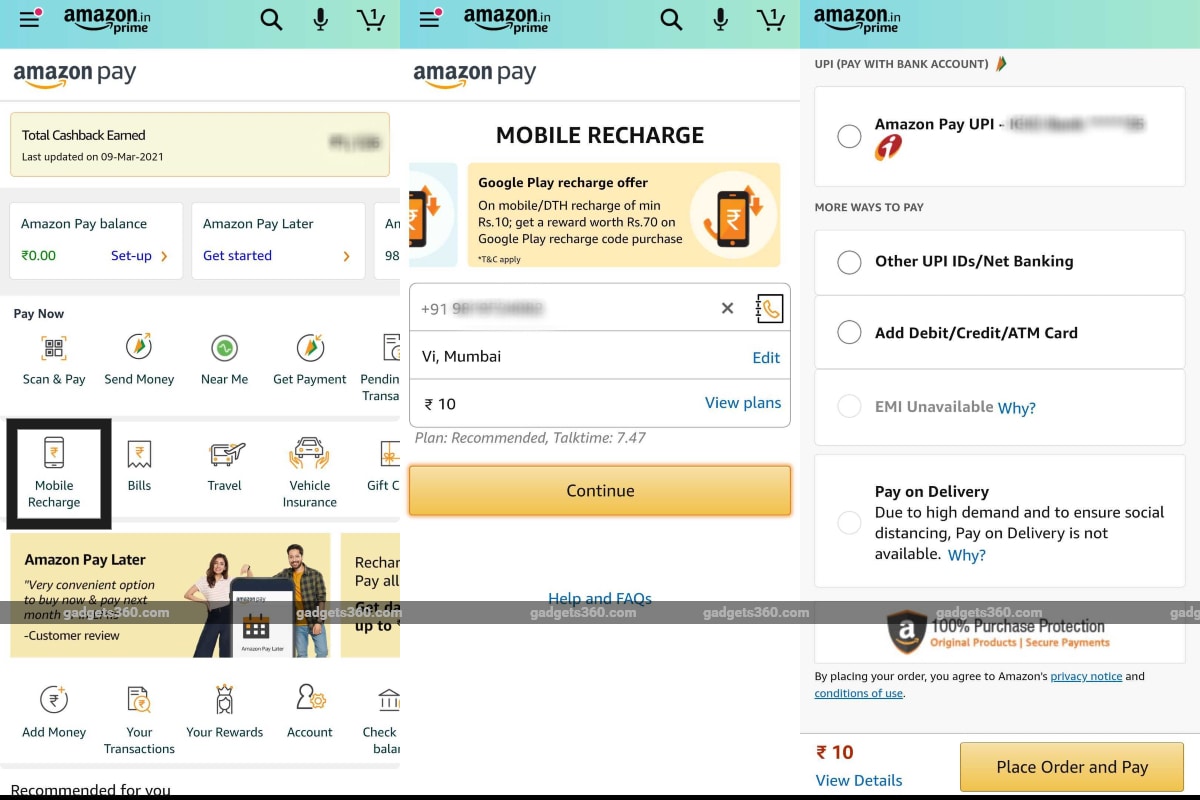 How to recharge mobile via UPI through Amazon app