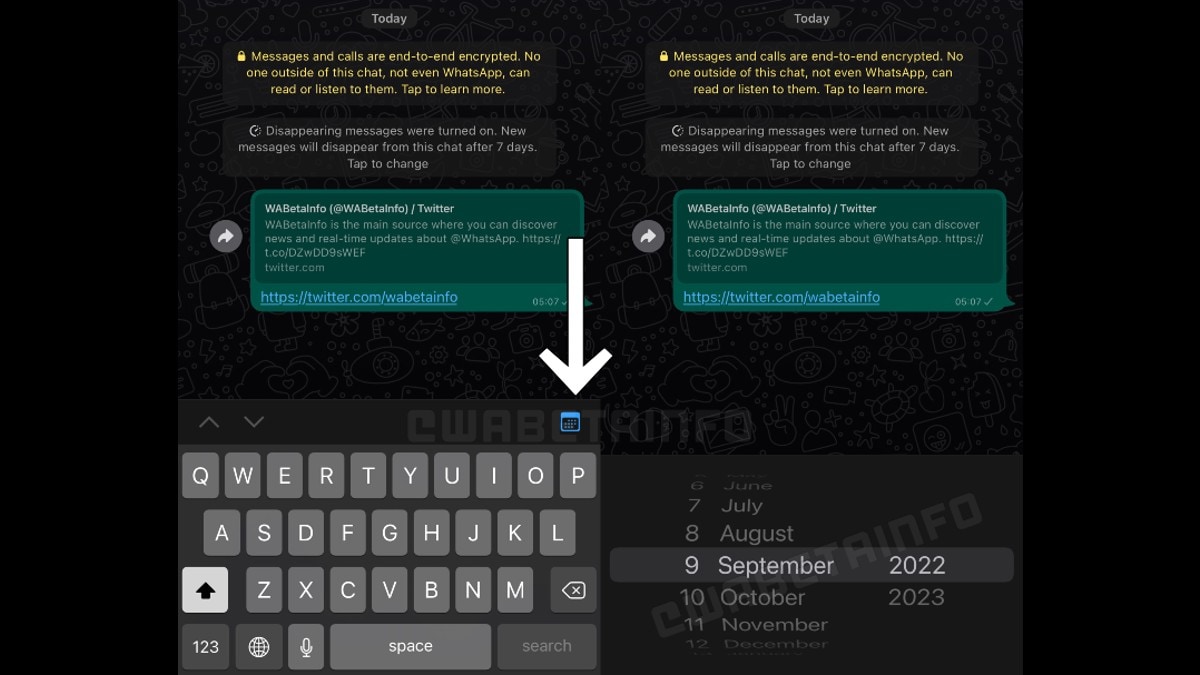 WhatsApp is reportedly working on an upgraded search feature that will allow users to look for messages sent on a specific date. The functionality is being tested on WhatsApp for iOS. The feature is said to be under development and its release is not yet known. According to a report, it has not been released for beta testers yet. This news comes a few days after it was reported that WhatsApp for iOS has found a bug after the update. The bug automatically changed the mute period from ‘1 week’ to ‘8 hours’.

according to a Post By WABetainfo, a platform that tests WhatsApp beta builds for features before its release for users, WhatsApp for iOS may soon get a new Search By Date feature that lets users send messages of a particular date. will allow you to search. This means that you will be able to filter the results by date. WhatsApp shows multiple results after you type the name or number in the search box.

Reportedly, the facility was being developed two years ago, but plans to make it accessible to the common man were shelved. People at WABetainfo say that they noticed this feature after the release of iOS 22.0.19.73 update from TestFlight. The platform said that WhatsApp has rolled out a new update through the TestFlight beta program, which is bringing WhatsApp beta for iOS 22.19.0.73 version.

WABetaInfo has shared some screenshots that suggest a calendar icon placed just above the keyboard. To use the option to search a message for a specific date, one has to tap on the calendar icon on WhatsApp for iPhone. A single tap will open the calendar icon, and a date picker will appear for selecting any month, date, and year. As mentioned, the feature is still under development in this build and should be rolled out to beta testers in the future.

The development comes two days after WhatsApp for iOS users faced an issue after updating its app to version 2.22.18.76. It was reported that a WhatsApp bug changed the mute period from ‘1 week’ to ‘8 hours’ automatically. However, when users chose two other periods to mute the chat: ‘8 hours’ and ‘Always’, there were no problems.