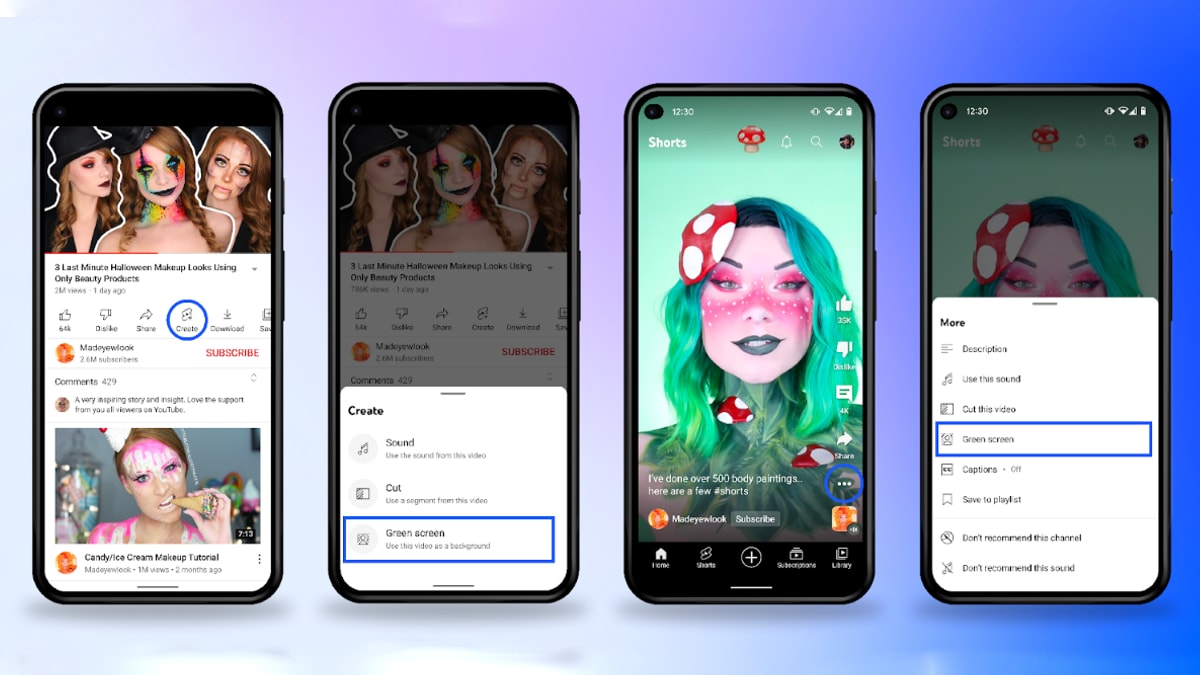 YouTube Shorts, YouTube’s short-form video sharing platform, is getting a new green screen tool that lets creators remix their shorts by adding clips from other videos. With this update, creators can use any eligible YouTube video or 60-second video segment of YouTube shorts as the background for their new original shorts video. The company confirmed that the new feature is currently being rolled out on iOS. Last month, the company added the cut feature to remix videos with short duration clips.

Google on Wednesday announced Launch of the new green screen feature on YouTube Shorts via a blog post. The latest functionality will allow users to remix 60-second video segments from eligible long format YouTube videos and shorts while creating new original short content. The new Remix feature is currently available for iOS users and is confirmed to expand to the Android platform in the coming months.

To access the Green Screen feature, you can tap the Create button below the video you’re watching. From the short, you can click on the three-dot menu and select Green Screen to select the desired video part.

Whenever a new short is created with a green screen, it will be attributed to the original video with a link in the shorts player. Creators who don’t want their longer content to be remixed by others on shorts can also opt out. Google has confirmed that videos with visual claims are not eligible for green screen.

Google introduced YouTube Shorts back in September 2020 to compete with the widely popular short-video app TikTok. Since launch, it has been bringing new features to YouTube Shorts. In April, the company added a Stitch-like feature to TikTok, allowing users to combine eligible videos and one- to five-second video segments from shorts to create new original shorts videos. It is currently available on the YouTube for iOS app and is expected to arrive on Android later this year.