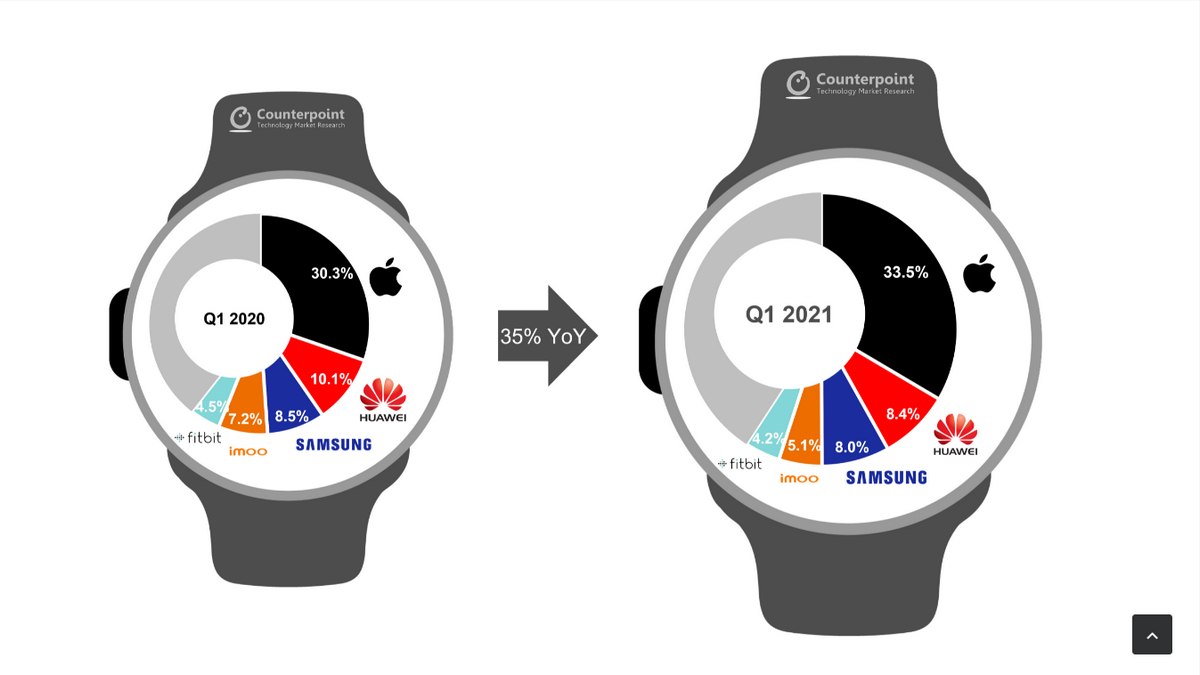 Apple captured 33.5 percent of smartwatch market share globally in the first quarter of 2021. Latest data by Counterpoint shows the smartwatch market grew 35 percent year-on-year (YoY) in Q1 2021 with Apple taking the lead once again, followed by Huawei and Samsung. In terms of operating system, Apple’s watchOS is followed by Samsung’s Tizen OS with Google’s Wear OS lagging behind at 3.9 percent. Counterpoint noted that Huawei continued to face declining smartwatch sales owing to their optimization with Huawei phones.

Samsung’s smartwatch shipments grew by 27 percent thanks to its Galaxy Watch 3 and Galaxy Watch Active series but its market share dropped YoY. Samsung captured 8 percent market share in Q1 2021 that was 0.5 percent less than last year. Huawei saw further decline in market share as it went from 10.1 percent in Q1 2020 to 8.4 percent in Q1 2021. Counterpoint states, “Huawei continued to face headwinds because of the declining smartwatch sales and how well Huawei watches are optimized for its smartphones.”

In terms of operating systems, since many smartphone manufactures have decided to step away from Wear OS — like Fitbit OS, Tizen, Garmin OS, and RTOS — Google’s operating system captured only 3.9 percent of the market share. Naturally, Apple’s watchOS was in the lead securing 33.5 percent market share with Samsung’s Tizen OS following at 8 percent. Now that Google announced its partnership with Samsung at Google I/O 2021 to collectively develop its Wear OS – and considering it already owns Fitbit – it would be interesting to see how this consolidation plays out. Vice President Research at Counterpoint Neil Shah said this merger will “attract more developers to build newer experiences for the wrist.”

It’s Google I/O time this week on Orbital, the Gadgets 360 podcast, as we discuss Android 12, Wear OS, and more. Later (starting at 27:29), we jump over to Army of the Dead, Zack Snyder’s Netflix zombie heist movie. Orbital is available on Apple Podcasts, Google Podcasts, Spotify, Amazon Music and wherever you get your podcasts. 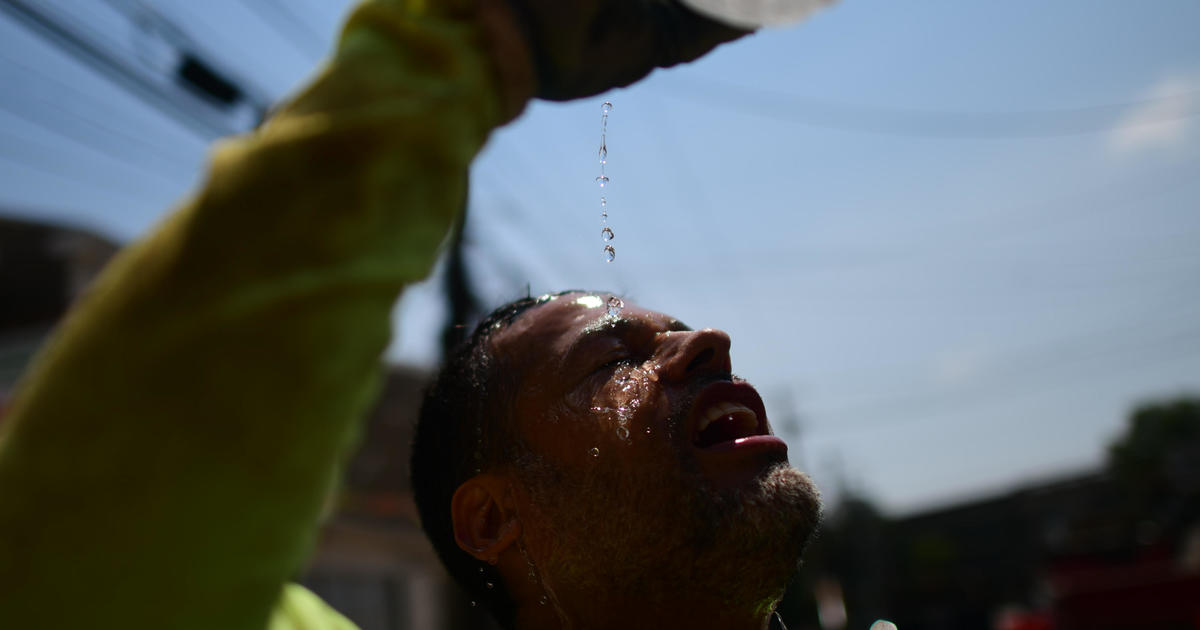