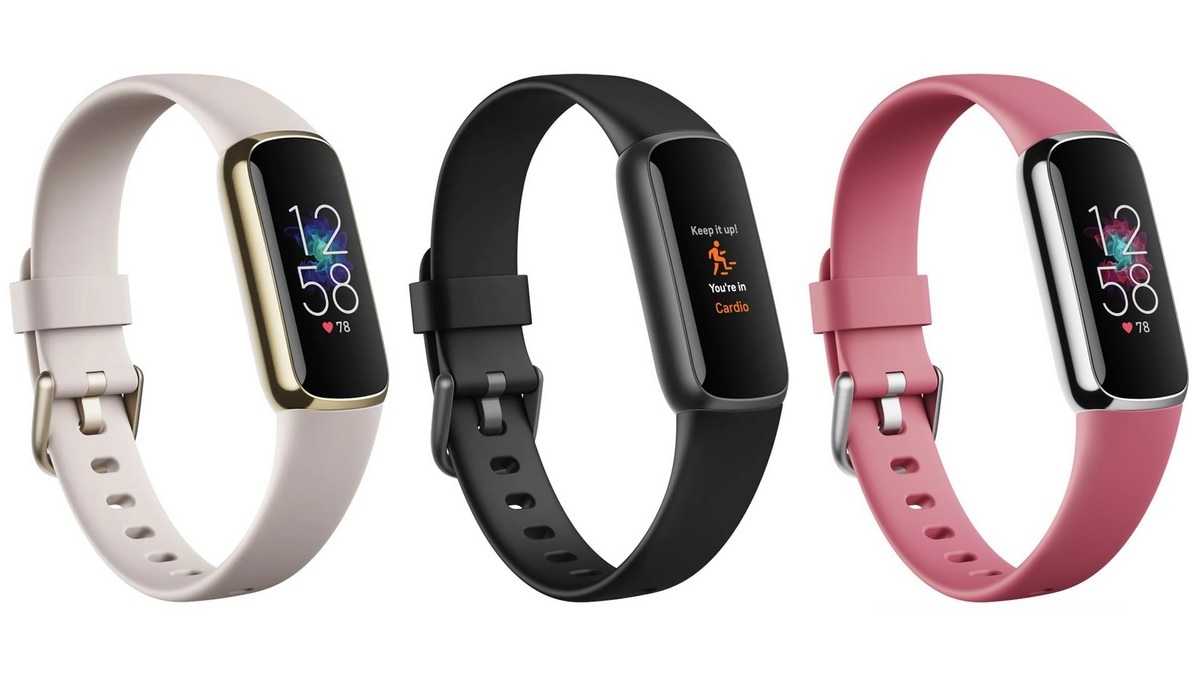 Fitbit Lux fitness tracker design and specifications have reportedly been leaked. A German publication has shared some details about the rumored wearable along with some images. The report says that now the Google-owned wearable company’s Fitbit Lux will come with a stainless-steel housing. Three colors can be seen in the images with a single color display. And the wearable is also said to come with activity tracking and health monitoring features. As of now, Fitbit hasn’t shared any information about the Fitbit Luxe.

according to a report good By WinFuture, Fitbit is working on a new fitness tracker called the Fitbit Luxe. It says that the fitness tracker will be the company’s most beautiful ever. It can come in Black, Soft Gold/White and Platinum/Orchid color options. The Fitbit Lux is said to come with a stainless-steel housing, interchangeable classic buckle strap, and OLED display. Other details about the display are not clear at the moment.

The report states that the Fitbit Lux will have heart rate monitoring, sleep tracking, activity tracking, stress monitoring and more. It will support multiple workouts and provide vibration notifications for heart rate. The Fitbit Lux is also said to come with GPS and water-resistance, which will allow it to be worn while swimming.

Also, tipster Evan Blass (@evleaks) posted share Images of the upcoming Fitbit fitness tracker on Twitter which are similar to those shared by WinFuture. There is no information about its battery life, screen resolution, price or release date. And Fitbit hasn’t shared anything about the rumored Fitbit Luxe.

Last month, the company released the Fitbit Ace 3, a fitness tracker for kids. It has a touchscreen PMOLED display and offers up to eight days of battery life on a single charge. It is water resistant to 50 meters, making it suitable for light swimming sessions and provides all-day activity tracking. Fitbit Ace 3 is the first product launched after Google closed Fitbit’s $2.1 billion (approximately Rs 15,320 crore) acquisition deal.