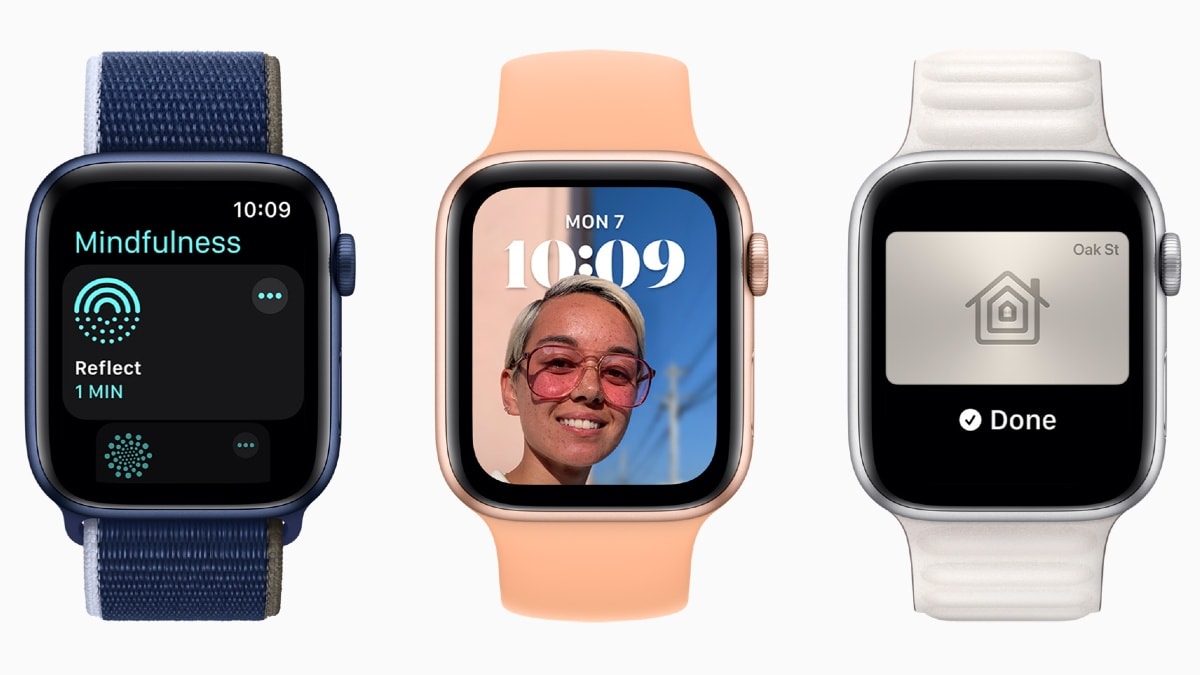 watchOS 8 preview has been released by Apple at its WWDC 2021 keynote. The new watchOS version, which will be available to Apple Watch users later this year, is aimed at helping users “stay healthy, active and connected” and updates including the updated Breathe app now called Mindfulness, Upgrade Home Called App and Messages. With support for GIF. The watchOS 8 update will also bring the Contacts app to the Apple Watch. Apple has also brought Focus to the latest watchOS version which is also available on iOS 15 to help users have a better digital experience with less distraction.

Apple has initially released watchOS 8 for developers who are part of the Apple Developer Program. A public beta of the new watchOS version is also scheduled to reach users next month. Still, watchOS 8 will be available this fall as a free software update on the Apple Watch Series 3 and later paired with iPhone 6s and later running iOS 15.

One of the latest additions coming to the Apple Watch through watchOS 8 is the new Breathe app which has been upgraded to the Mindfulness app. It offers an enhanced breathing experience with a new session type called Reflect, as well as new animation effects. The latter is designed to bring in a positive mind by asking users something like “Remember a time recently when you felt a sense of calm. Bring that feeling to the moment,” or “On a point Consider what you’re grateful for and think about why you appreciate it so much.”

There’s also advanced sleep tracking with the ability to track the sleeping respiratory rate – the number of breaths a person takes per minute while falling asleep. Apple said the new measurement comes in addition to existing heart rate monitoring and blood oxygen tracking, using the Apple Watch’s built-in accelerometer. The information is available for access through the Health app on the iPhone, in line with trends over time.

Apple hasn’t announced any major interface-level changes coming to watchOS 8, but that doesn’t mean you won’t be able to get a new look and feel. There’s a new Portrait watch face that lets you set multiple portrait shots as the watch face on your Apple Watch, along with intelligent cropping to highlight the subject on the display. The watchOS 8 update also brings an updated Photos app with memory and a Featured Photos section. In addition, there’s a new Share Sheet that lets users share photos via Messages and Mail – directly using the Apple Watch.

Users also received an updated Messages app with the ability to combine the use of scribbles, dictation and emoji in a single message. Users can also edit the message as directed by them. Additionally, GIFs are available to make messaging more advanced and intuitive on Apple Watch.

The watchOS 8 update also includes new Tai Chi and Pilates workout types, along with support for custom-built heart rate and pace algorithms. The Apple Fitness+ service on the Apple Watch has got features including picture-in-picture support, new filtering options, and the ability to pause and resume in-progress workouts on any device. The service will also bring a new Artist Spotlight series with workouts from fitness expert Jeanette Jenkins and a complete playlist later this month featuring the complete playlists of Lady Gaga, Jennifer Lopez, Keith Urban and Alicia Keys.

In addition to new fitness-focused changes, watchOS 8 comes with a redesigned Home app that brings the ability to control devices directly attached to the wrist. Apple Watch users can also communicate with their family members and broadcast a message via HomePod, HomePod Mini and other supported devices by tapping the Intercom option.

Apple has also brought an upgraded Wallet to the Apple Watch via watchOS 8. The new Wallet app supports Ultra Wideband (UWB) to allow Apple Watch users to remotely unlock their cars and start from the driver’s seat, something that Apple showed off at the start of WWDC 2020. Apple Watch users will also be able to add their home, office and hotel keys to Wallet this fall. In addition, Apple is enabling users to make their driver’s license or state ID available virtually through the Wallet app that they can show at select Transportation Security Administration (TSA) checkpoints. It will first reach some states in the US later this year.

As shown last month, watchOS 8 brings AssistiveTouch to the Apple Watch to enable one-handed use by sensing hand gestures without requiring users to touch the display. It will use motion sensors to allow users to answer incoming calls, control the onscreen motion pointer, and bring up an action menu that allows access to the Notification Center or Control Center – all using hand gestures.

watchOS 8 also includes Focus support, which is also there on iOS 15, to better align notification alerts with usage patterns. There are also several timers with the ability to include specific labels. In addition, watchOS 8 brings support for Always-On Display for preloaded apps including Maps, Mindfulness, Now Playing, Phone, Podcasts, Stopwatch, Timer, Voice Memos, and Calculator. Developers can also add always-on display support to their apps using its API.

Apple brings family setups with the ability to add transit cards from Hong Kong, Japan, and select mainland and US cities from China. The Calendar and Mail apps that come preloaded on watchOS 8 also include Google Account support.