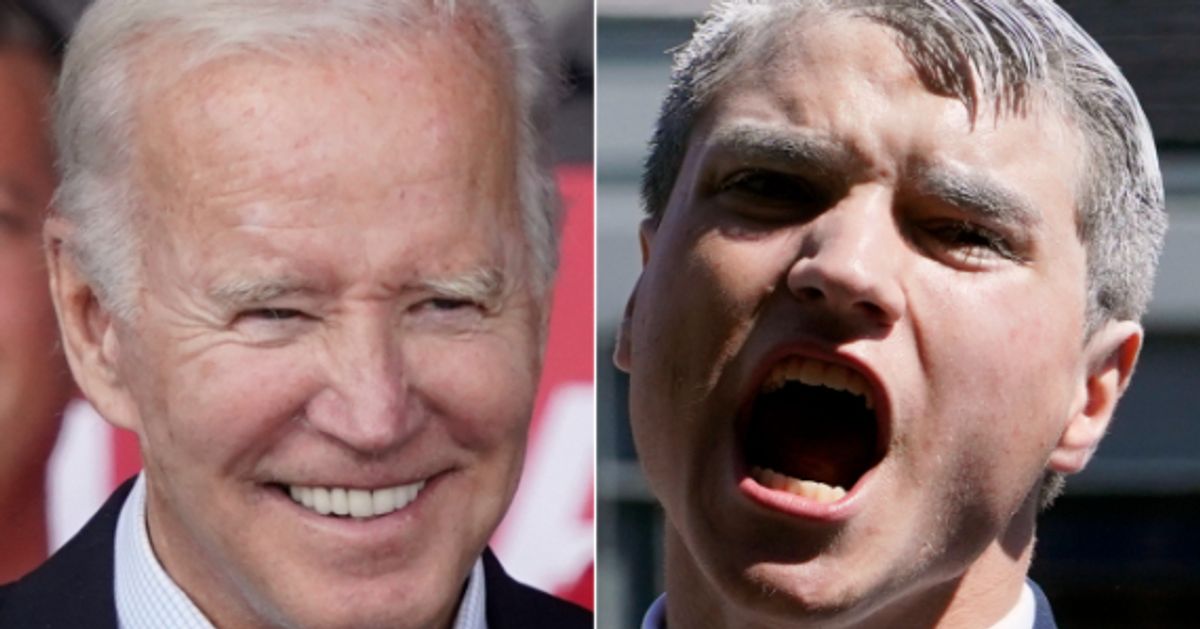 President Joe Biden showed his spirited side on Monday when a heckler interrupted his speech in Milwaukee.

It’s unclear what Heckler was raving about, but Biden responded with “God has love.”

As security moved toward Heckler, Biden urged him to back down.

“Let him go,” Biden said. “Look, everyone has a right to be stupid.”

Despite the president’s comments, footage shows incident security escorting the man out of the area.

Biden used a similar line last week when protesters interrupted a speech he gave in Philadelphia in a “stupid” part.

“They deserve to be humiliated, this is a democracy,” he said, but added: “Good manners are nothing but history and common sense tell us that opportunity, liberty and justice are best for all.” There are more. Democracy has the potential to be passed.”

“Bring him out! Trump ordered followers when a protester interrupted his speech during the 2016 campaign.” Try not to hurt him. if you do, i will defend you in court, Don’t worry about it.”

At another rally, Trump worried that protesters might have tomatoes.

“If you see someone getting ready to throw tomatoes, take the crap out of them,” he said. ,i will pay the legal fees,

At a winter event in Vermont, Trump told security to take off protesters’ coats before kicking them.

“Throw them in the cold,” he said. ,don’t give them their coats, No coat! Seize their coats. ,

Biden asked security to stay “stupid,” celebrated on social media by his supporters, many of whom embraced the “Dark Brandon” meme and nickname that has taken hold in recent weeks: