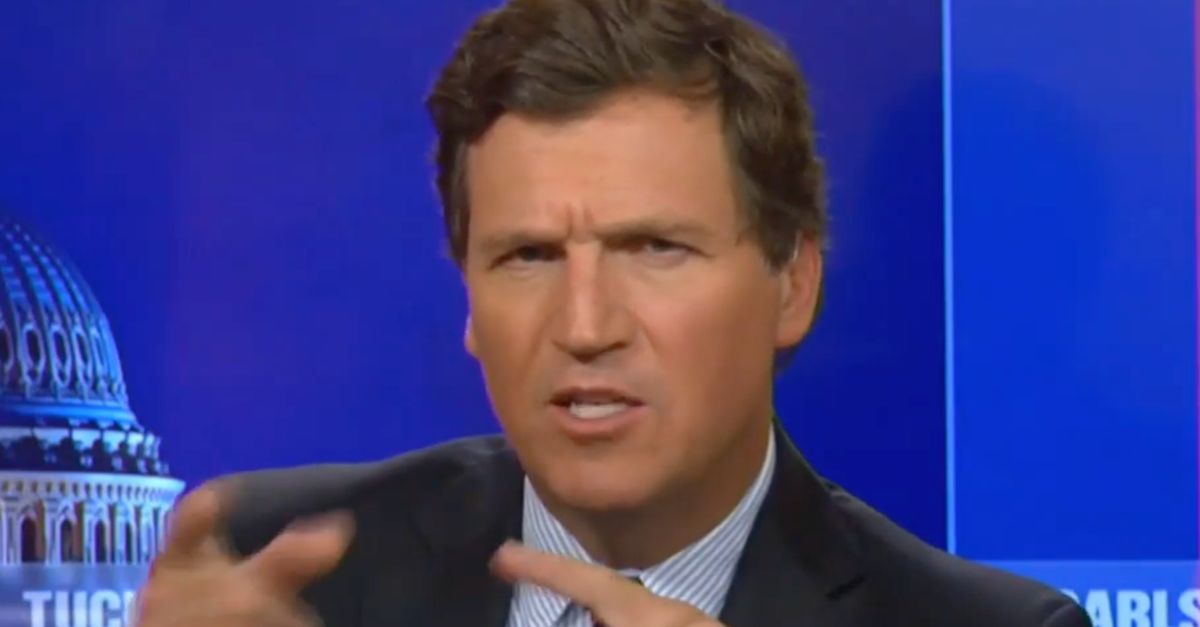 Tucker Carlson is wondering why “no one can explain why” the one-time “popular president” Richard Nixon’s Watergate scandal.

The Fox News host told his Tuesday audience that Nixon, who won 49 states in the Electoral College in the 1972 election, won by “the biggest margin ever.”

President Franklin D. Roosevelt, however, had a greater margin of victory for the Electoral College in the 1936 election.

However, Carlson’s major lie in this section paved the way for his suspicions on the Watergate scandal.

Carlson said, “And then within a year he was discredited, and six months later he was gone because of Watergate, which no one can explain to this day.”

“It was clearly operated by government agencies, including the FBI.”

You can watch a clip of Carlson’s comments on Nixon and Watergate below.

Tucker Carlson’s implying that the deep state ousted Richard Nixon, because “no one can explain Watergate to this day,” is very correct. There’s a literal recording of Nixon talking about paying the Watergate thieves, and how best to do it! pic.twitter.com/vH4bUKcWjr

Carlson’s claim that “no one can explain” a “government-run agencies” scandal could use answers given by Nixon himself.

According to the tapes, Nixon asked White House counsel John W. Dean III to come up with $210,000 to pay one of the burglars working to take documents from the Democratic National Committee headquarters in the Watergate office building.

The newspaper reported that the tapes revealed that Nixon wanted to pay thieves to “put the cap on the bottle”, “buy time” and “make it harder”.

“Smoke Gun” tape of the conversation The former president’s cover-up was also exposed in the scandal between Nixon and then-White House Chief of Staff HR Haldeman that led to Nixon’s resignation.