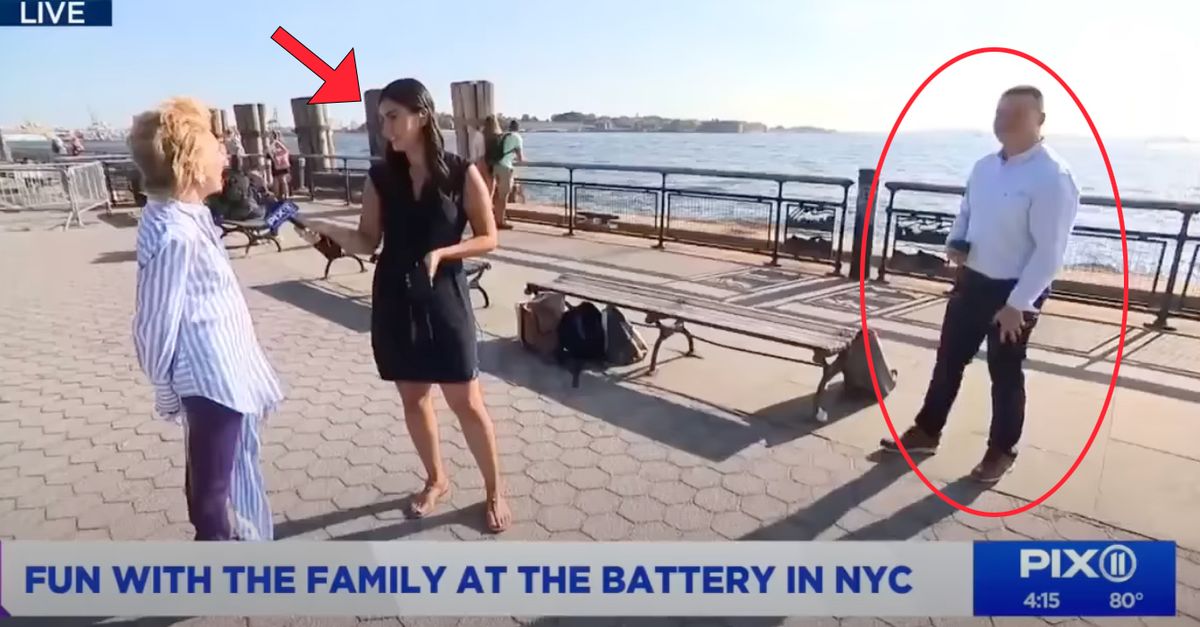 Looks like the folks at New York news channel PIX11 have decided to add a little sparkle to this week’s segment.

Michelle Ross, a reporter for the local CW affiliate, was ending a live on-air interview at The Battery on Wednesday when a man came up behind her in the park and got down on one knee.

Thankfully, the person Ross was interviewing didn’t indicate what was going on—and as the reporter went to the studio to send the broadcast back, one of his anchors asked, “Who’s behind you?”

Ross knelt down to find her boyfriend, Robert Tillersio Jr., in front of a banner that read, “Will You Marry Me?”

“I’ve waited 10 years for this,” he said in the broadcast video. “You’re the love of my life, and I definitely want to ask: Will you marry me?”

“I love you – of course!” Ross said, equal parts shocked and emotional.

The cameras then panned to show the nearest and dearest of Ross and Tillersio, who showed up to propose while celebrating the joyous occasion.

Although the reporter was clearly swayed at that moment, that didn’t stop her coworkers in the studio from asking, “Michelle, who’s that handsome guy next to you?” Ross, still stunned, seemed at first to ignore or not listen to his repeated requests, which was really weird — and, let’s admit it, “The Office” like — an otherwise sweet one. connection with the scene.

Despite this, Ross seemed to appreciate the effort that Tillercio and his PIX11 team put up with a surprising offer.

“You did a good job,” she told her future husband, who works for the New York City Fire Department., “thank you guys.”

PIX11 also didn’t seem too upset about Ross initially ignoring his requests to share his fiancé’s name on air. The news station posted a video of the proposal its on instagram Page Wednesday.

“Congratulations to PIX11′s @michellearezouross! She was doing a live interview when her FDNY boyfriend and family members surprised her at Battery Park,” the outlet captioned the clip, using the reporter’s handle on the stage.