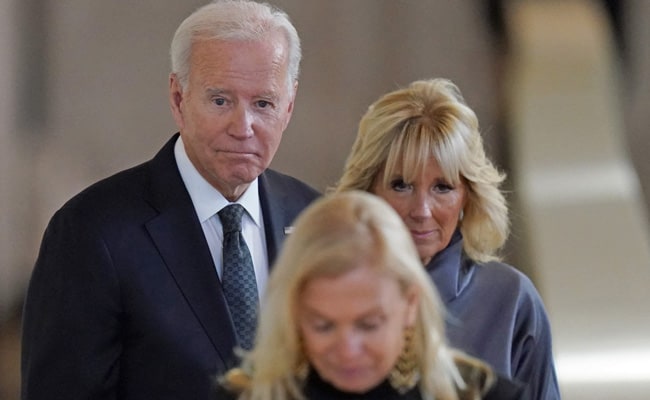 Joe Biden pays tribute at the coffin of Queen Elizabeth II at Westminster Hall in London.

US President Joe Biden paid tribute at the coffin of Queen Elizabeth II at Westminster Hall in London on Sunday, a day before her state funeral.

Biden, accompanied by his wife Jill, crossed himself while standing in the Medieval Hall, where the coffin of Britain’s longest-reigning monarch has been lying stateside since Wednesday.

Many world leaders have visited the holocaust in the oldest part of the UK Parliament.