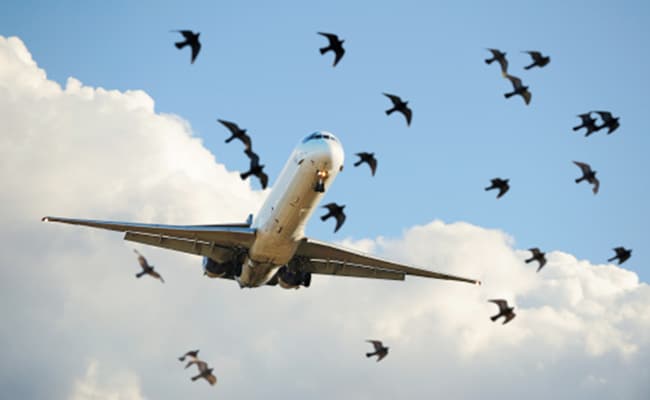 Two people on board the plane came out moments before the crash. (representative image)

A recently released video by the US military shows the moment a bird took off in a fighter jet last year, causing it to crash near Lake Worth during a landing approach. The incident is from last September, but now the video has been released. The T-45C Goshawk was performing a training exercise when a 4.5-pound bird rammed into the jet’s single engine as it landed toward a runway at Naval Air Station Joint Reserve Base Fort Worth, according to a report. Fox News,

The jet went up in flames and damaged three homes within seconds after it crashed on September 19, 2021, according to a US Navy report. Fox News, Three people were injured in the incident.

New footage shows a bird flying into the jet, and includes the voice of the pilot who can be heard saying there is an emergency.

Lake Worth, Texas: New video released by the military shows the moment a bird took off in a military jet last year, causing it to crash in the Lake Worth neighborhood and cause major damage to a home.

The accident happened on September 19, 2021 pic.twitter.com/4zIt0rTFYE

The pilot is first heard saying that they will try to make it to the runway, but then says that they are not going to make it. The alarm sound is also heard in the cockpit video.

Fox News further said that there were two people on the plane – an instructor and a student – and both ejected before the crash.

Of the three homes, Chris Sellers’ family was the luckiest as the jet’s engine landed inches away from where he was sitting with his 9-year-old daughter.

sky News Said damage was £41 million when the jet fell from the sky.

An investigation was launched a few days after the crash but even a year later, it is still unclear what caused the plane to go down.